The prolific Mumbai batter said the senior team selectors had promised him his maiden India Test call-up for the December trip to Bangladesh.
By Kashish Chadha Mon, 16 Jan 2023 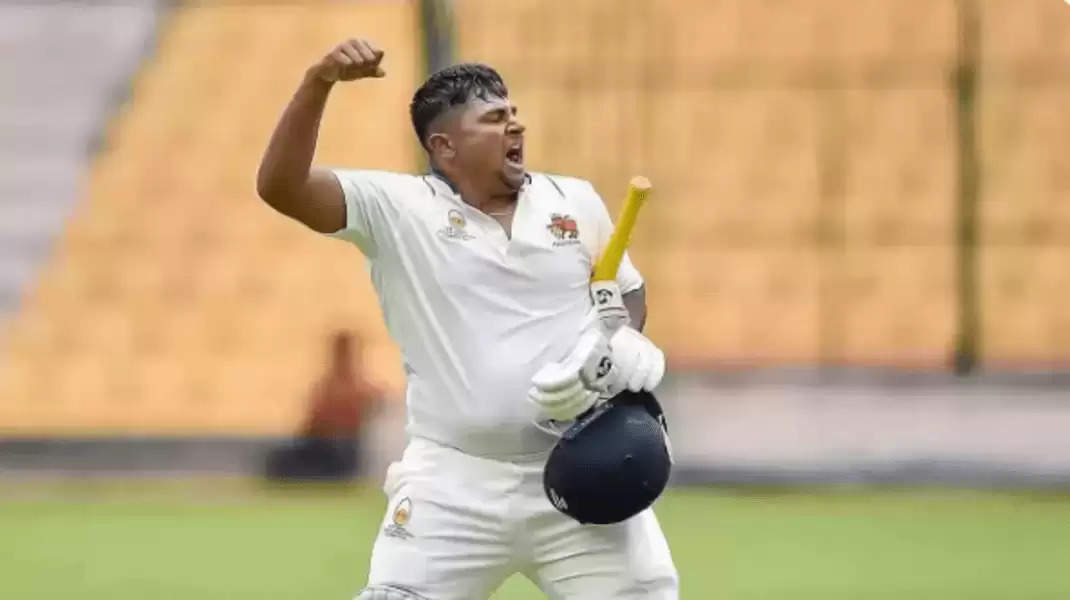 Sarfaraz Khan revealed a conversation he had with India's selection committee members during the previous Ranji Trophy final in Bangalore last year, wherein he got told "you'll get your opportunity in Bangladesh" in what was at the time India's next Test assignment.

Blasting runs for fun against Ranji attacks over the past three editions of India's premier domestic competition, Sarfaraz felt his due recognition will arrive in December when the Indian team travels to the neighbouring country for two World Test Championship (WTC) fixtures.

That conversation with the selectors has gained the spotlight as the Mumbaikar hasn't been picked for the Test squad even now, when the decision-makers recently sat down to finalise the squad for the first two Tests of the Border-Gavaskar Trophy in February-March.

Delaying a call-up which many feel is overwhelmingly deserving since the youngster has taken his tally at the first-class level to a jaw-dropping 3,380 runs at an average of 80.47 after 36 matches.

Despite finding unprecedented prolificness about his game in Ranji Trophy cricket, Sarfaraz Khan hasn't gotten the due India call-up for the Test matches looming against the Aussies in Nagpur and Delhi. The player has now revealed he was promised the same for the two Tests that took place in December.

"During the Ranji Trophy final at Bangalore, when I scored a century, I met the selectors. I was told that 'you'll get your opportunity in Bangladesh. Be ready for that'," Sarfaraz Khan revealed in an interview with the Times of India.

"Recently, I met Chetan Sharma sir (chief selector) while we were checking in at the hotel in Mumbai. He asked me not to feel disheartened, and that my time will come. Good things take time to happen. You're very close (to an India berth). You'll get your chance. So, when I played another important knock, I had expectations. But it's alright," he added.

Sarfaraz says it was a moment of great sadness for him to find his name not present in the Indian squad for the Australian challenge after carrying great expectations for a while. Busy playing another solid Ranji season for Mumbai, the 25-year-old said it wasn't until he called his father, his strongest confidant, and they got down to practise together for a while did he feel better.

"When the team was announced and my name wasn't there, I was very sad. Anyone in my place in this world would've been sad, because I had expected to be picked, but wasn't (chosen). Yesterday, I was sad the whole day, when we travelled from Guwahati to Delhi. I was thinking about what and why it happened. I was feeling very lonely. I cried too."

"I called my dad to Delhi. He spoke to me, I practiced with him, and then felt better. Initially, I was thinking about why I wasn't selected. Now, I'm thinking that since it's (selection) not in my hands, not in my control, I can't do anything about it. What's in my hands in performance-whether it's while playing for India or the Ranji Trophy," he stressed.