Driver Sushil Kumar and conductor Paramjeet have been rewarded by Haryana roadways authorities for their great job in saving Pant's life.
By Kashish Chadha Sat, 31 Dec 2022 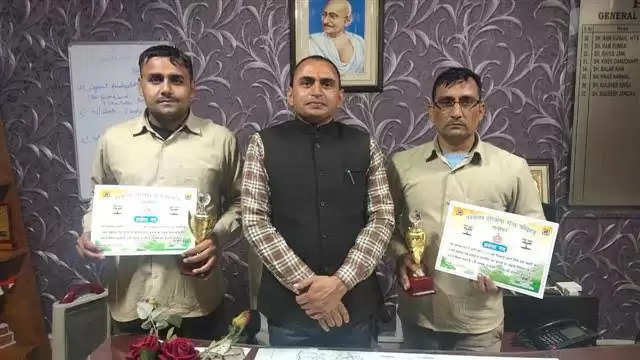 Rishabh Pant's saviours - the driver and the conductor, who rescued the Indian international cricketer after a horrific car crash in Roorkie have been rewarded for their excellent work in emergency by Haryana Roadways.

The driver named Sushil Kumar and conductor Paramjeet rescued the player by ensuring he safely gets out of his luxury car, which was destroyed after colliding into a divider on the Dehradun Highway.

For their great service in saving a national athlete, Haryana Roadways decided to honour the two men. It is also understood that Haryana government authorities will follow suit and reward Kumar and Paramjeet as well.

"We gave them an appreciation letter and a shield in our office when they returned to Panipat," PTI quoted Haryana Roadways Panipat depot general manager Kuldeep Jangra as saying.

Jangra confirmed the immediate details of the incident as told to him by Kumar and Paramjeet, wherein the former saw the car slamming into the divider at high speeds. The moment they saw what happened, they stopped by and ensured they were there to help by the badly injured Rishabh Pant.

"The bus, which was headed to Panipat, started from Haridwar at 4:25 am and reached the accident spot about an hour later," the PTI reported Jangra to have said. "The driver and the conductor told us that minutes after they pulled Pant out of the car, it turned into a ball of fire."

For Jangra, both the driver and the conductor displayed exemplary humanity in saving an international cricketer in the nick of time, which could then fasten up the process of necessary medical attention he required.

The images from the accident doing the rounds on social media make it a miraculous escape for the cricketer after a horrible car crash, which took place while Pant was travelling from Uttarakhand to Delhi for meeting his family.

After being saved by Kumar and Paramjeet, the Indian player was shifted to a nearby facility first where his injuries were ascertained and then to Max Hospital in Deharadun for further specialist treatment.

The BCCI in communication with the medical authorities looking after Pant confirmed that he has picked up several injuries on his body. The Indian board said it will ensure the best possible recovery regime for the cricketer, both physically and mentally to overcome the trauma.