A conversation on Twitter is going viral, which may have given birth to the ultimately popular nickname for India's star T20I batter.
By Kashish Chadha Sun, 8 Jan 2023 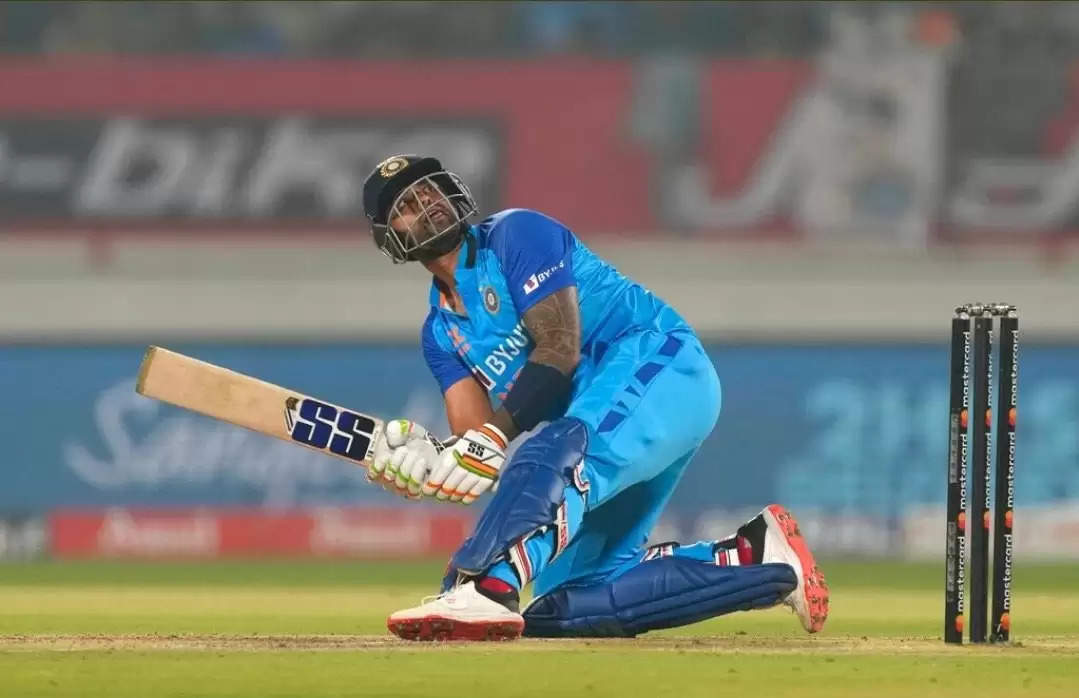 Suryakumar Yadav is the talk of the town after reinforcing his T20I genius for India with an exceptional century versus Sri Lanka in the series-deciding fixture in Rajkot on Saturday (January 7).

The Indian batting maverick reached a 45-ball hundred against the Lankan Lions and tilted the scales decisively in India's favour with the three-match rubber levelled 1-1. Suryakumar finished with 112* off 51 deliveries to take India to an intimidating 228/5 in their massive 91-run victory.

The right-hander played some trademark adventurous strokes throughout the knock, featuring 7 fours and 9 sixes. That it was an innings which took no one by surprise only reiterates the batter Suryakumar Yadav has become over time and has proven to be for India in the shortest format.

Making his debut last year, the 32-year-old Mumbaikar is carrying a jaw-dropping T20I strike rate of 180.34 while retaining an average of 46.41 after 43 innings for India. With his consistent feats, Suryakumar has become a household name and has passionate fans referring to him by his nickname 'SKY' to reaffirm their affection towards him.

But do you know how the nickname 'SKY' came to be?

The Gambhir-SRK convo which gave birth to 'SKY'

A throwback conversation between former Kolkata Knight Riders (KKR) captain Gautam Gambhir and the team's iconic co-owner and Bollywood legend Shahrukh Khan is going viral as a basic means out of which nickname 'SKY' was born for Suryakumar Yadav.

In a tweet made way back during the 2015 edition of the IPL, when Suryakumar used to be KKR's designated end-overs hitter under Gambhir's captaincy, the ex Indian opener is seen verifying with the great Khan if he thinks 'SKY' would be a good nickname for Suryakumar.

@GautamGambhir SKY it is for @surya_14kumar from now. Great name.

Always carrying a sense of respect for Gambhir and holding him dear to his heart for reviving KKR's fortunes with two titles during his tenure, Khan immediately agreed with his team captain and established 'SKY' as the eventually popular nickname for what is now India's best T20I batter by a mile.