The Bangladeshi allrounder got riled up at a contentious decision from the on-side umpire and yelled at him in anger during a T20 fixture in Dhaka.
By Kashish Chadha Sun, 8 Jan 2023 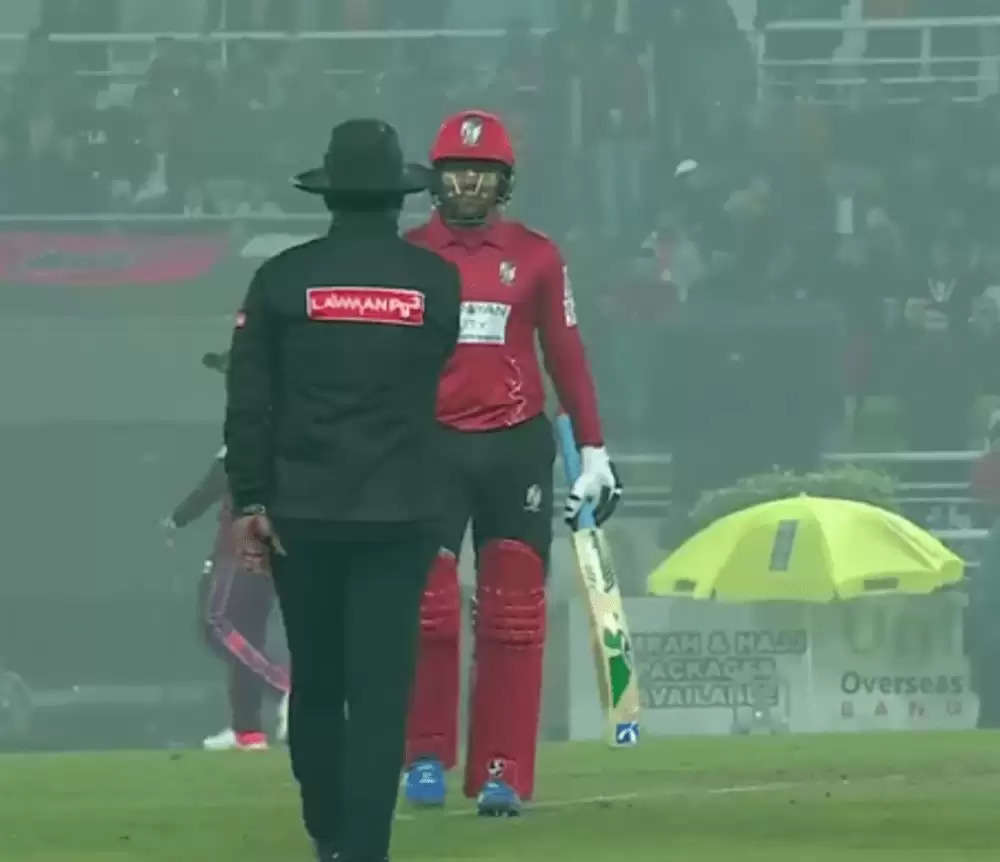 Shakib Al Hasan had another moment misbehaving with an umpire on the home turf. The Bangladeshi allrounder was seen giving a heavily animated look of anger and even yelled at the on-side official during a fixture for the BPL 2022-23.

Playing for Fortune Barishal on Saturday (January 7) in Mirpur, Shakib was seen ducking over a bouncer from Sylhet Strikers seamer Rejaur Rahman Raja and looked at the umpire in anticipation of a wide call being made.

However, to his disbelief, the umpires deemed the ball to have not gone over the head high and thus be legal not be called to a wide. That riled up Shakib Al Hasan, who then took a few steps towards the on-side umpire and yelled at him in anger.

The clip that captured the moment has since gone viral, with cricket followers objecting to the behaviour and attitude shown by Bangladesh's leading star cricketer against the official only making a judgement.

Shakib's moment of anger at the umpire

The incident happened off the fourth ball of the 16th over in the Barishal innings. Facing Rejaur from the around-the-wicket angle, Shakib Al Hasan went back and across to perhaps try and loft the ball over the vacant deep fine-leg region.

However, to his surprise, Rejaur didn't pitch it up. Instead, the right-arm seamer bowled a slow-ball short-pitched delivery.

The ball subsequently sailed over Shakib's head, making the batter believe it should be declared a wide. Even the commentators thought a wide call is imminent.

But to their and Shakib's shock, the umpire called it one for the over rather than giving Barishal an extra run and a ball, which everyone from the outside agreed was an incorrect call.

That, however, wouldn't justify the reaction made by Shakib as the player yelled at the umpire multiple times and even went up to the official for an animated chat, putting the official under pressure while the umpire tried to calm him down and make him see his side of the story.