Melbourne Stars coach David Hussey had said they would've withdrawn the appeal made after spinner Adam Zampa tried to perfect a run-out at the non-striker's end.
By Kashish Chadha Sat, 7 Jan 2023 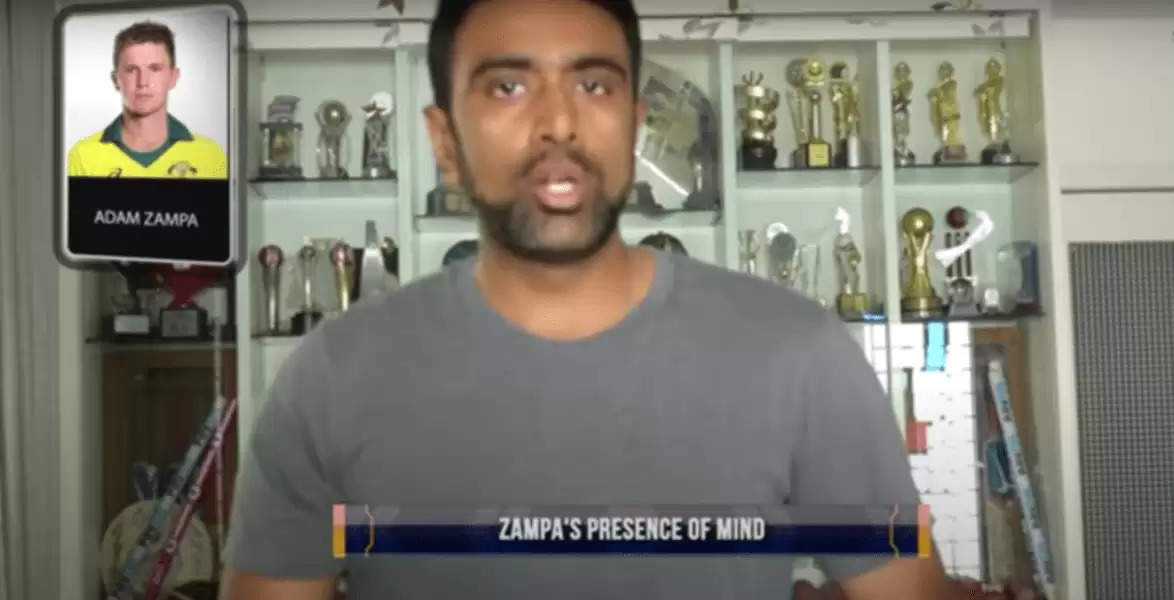 Ravichandran Ashwin lashed out at Melbourne Stars head coach David Hussey for his withdraw appeal remark after Adam Zampa tried to pull off a run-out at the non-striker's end during the BBL 2022-23 and failed.

Playing the Melbourne derby fixture against the Renegades, Zampa dislodged the bails when he saw opposition batter Tom Rogers leaving the crease early and appealed to the standing umpire.

The incident was later verified by the TV umpire and Rogers was given not out since Zampa's bowling arm had already crossed the vertical, by when, according to the rules, he is supposed to deliver the ball.

Rogers was given a reprieve despite an obvious act to steal inches as the law compels the bowler to complete the run-out before reaching the point where he is due to release the ball. The MCC reinforced it on their official Twitter handle.

The bowler is *not* entitled to go all the way around in the bowling action and then run the non-striker out. (2/2)

You can read the Laws of Cricket in full: https://t.co/EyxKtnx0i2#MCCLaws

Later, when Hussey, the former Australian international, was asked about the incident, he said the Stars would've withdrawn their appeal had Rogers been given out by the third umpire. That comment didn't go down well with Ashwin, who pleaded for understanding on this mode of dismissal again.

"I don't believe what he said. Because if you wanted to withdraw the appeal, you need not have taken that to the third umpire itself. You could have easily withdrawn that appeal even before it had gone to the third umpire," Ashwin said on his YouTube channel.

"First of all, why should you withdraw the appeal?" he then asked. "A bowler is running the non-striker out. The captain will say that the bowler is wrong or what? What a big insult that is to the bowler if the captain is withdrawing the appeal."

While critical of Hussey's comments, Ashwin expressed a sense of delight and respect for Zampa on trying to uphold the run-out laws and being alert to the possibility of dismissing Rogers. He amusingly likened the fellow spinner's stare at the non-striker with that of the WWE legend 'The UnderTaker'.

"I am tired of talking or writing about this topic. Every time this incident happens, there are preachers who hop in and start preaching," he said. "But the best thing I loved from this whole incident is the stare given by Adam Zampa after running out the non-striker."

"It was similar to The Undertaker's stare in World Wrestling Federation. He didn’t even say a word to the batsman. The batsman also stood in silence without knowing whether it was out or not out."

The moment Zampa's act went viral, the bowler was criticised by a certain section of cricket fans, especially in England and Australia. Ashwin, who has been there himself for famously running out Jos Buttler during an IPL 2019 fixture, reiterated why he believes detaching a sense of taboo to the dismissal is long due. The great India cricketer stressed if anything, it should be the batter who must get the flake for trying to steal a few crucial inches in his attempt to get to the other end.

"People will talk about the legality of the dismissal. That he has completed his action and stuff like that. But see, he was about to bowl, and the non-striker had started running. In fact, the rule clearly states that you can run anywhere as soon as the bowler releases since he can't run you out anymore once he releases."

"If you ask me if the non-striker starts running once the bowler releases, that in itself is an advantage for the non-striker. Because the batsman hasn't made an impact yet. And I don't know how many balls come back to the bowler as the batter rarely plays defense in T20," he added.