The third T20I of the series will also have a delayed start on August 2.
By Kashish Chadha Tue, 2 Aug 2022 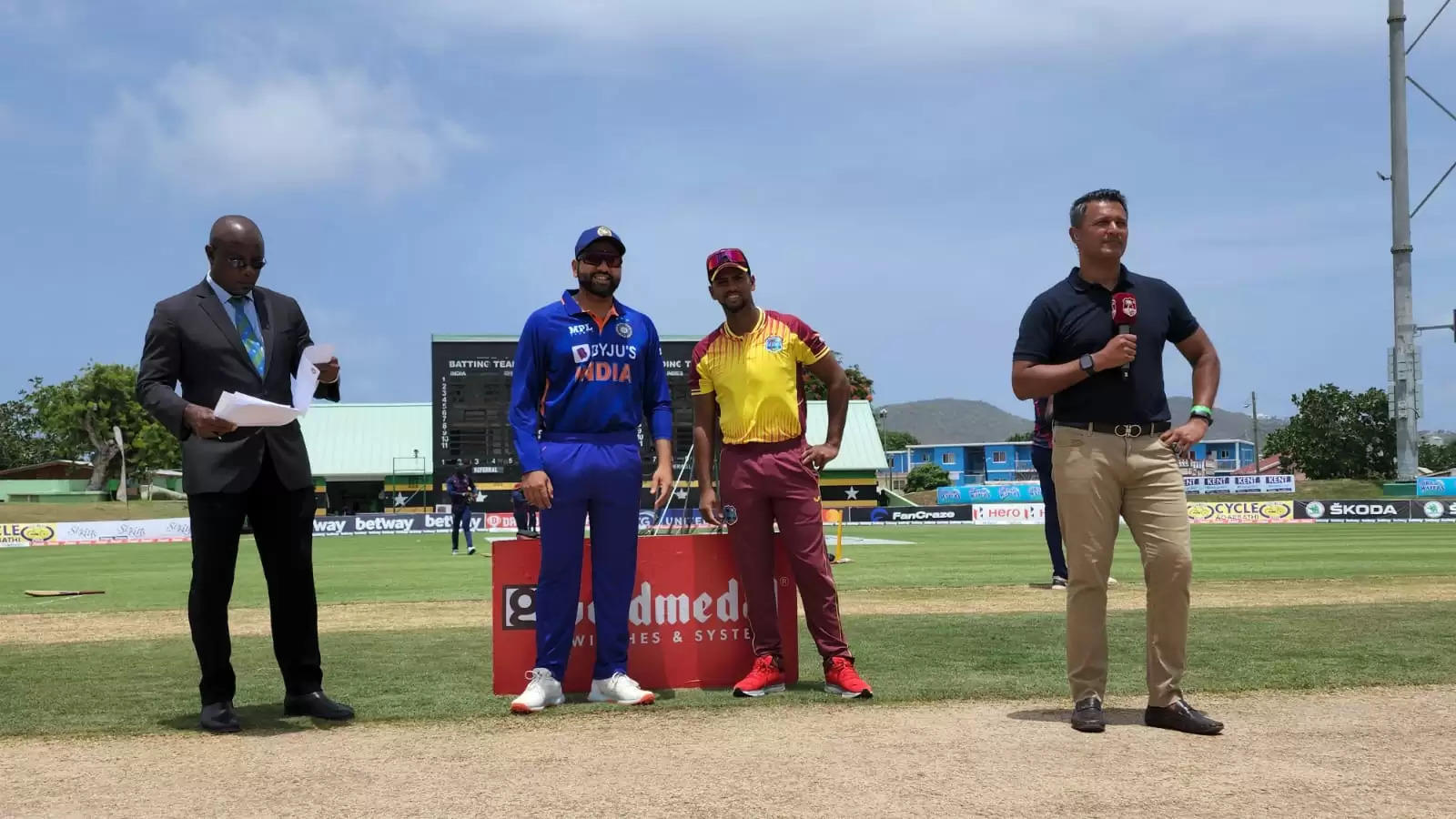 The luggage delay issue faced in St Kitts has meant further postponement of the match at the Island.

Owing to the luggage delay that led to a postponed start to the second T20I in St Kitts on Monday (August 1), Cricket West Indies and BCCI have announced that the subsequent match of the five-match series scheduled for Tuesday will also have a delayed start.

The fixture will now kick-off one and a half hour late from its original 8 PM IST timing.

The latest delay is down to the luggage issue faced by the players ahead of the previous day's encounter at the Island, with the match taking an extra three hours before the first ball could be bowled.

Initial reports were that the second T20I would start by 10 PM IST. But it took the organisers another hour to resolve the delay, where both Indian and West Indies cricketers didn't have their luggage available to them on time for the match to start by 8 PM IST.

Keeping in mind the delay that plagued the start of the previous T20I, CWI and BCCI have collectively decided to start the following game of the series late as well.

The idea is to ensure the players get enough recovery and rest before they could go ahead with the back-to-back matches.

"Following the delayed start on Monday, the teams have agreed to start the third Goldmedal T20 Cup match at a later time to ensure that the players receive adequate rest and recover time for the back-to-back matches in St Kitts," said CWI in a statement.

The sensible move that would benefit the players is, however, a headache for the fans based in India. As they did for the second T20I, the Indian fanbase will have to disturb their sleeps and put their following day's work schedule at risk in order to catch the entire game.

For the broadcasters, too, the scenario is hardly a welcoming one. They had pushed for the 8 PM timings to ensure maximum viewership of a series for which no private television giant was willing to invest their money. While Fancode app has provided the live streaming on digital platforms, the India tour of West Indies has seen a return of the Doordarshan days for the Indian fans on television.

It was CWI's responsibility to ensure the luggage of both teams reached on time for the match to kick-off on Monday.

There are back-to-back matches scheduled for the series in USA's Lauderhill as well on August 6 and 7, which will conclude India's trip.