The young left-hander was forced to give up his wicket after a terrible judgement of single at his end, which could've been curtains to a more in-form Virat Kohli.
By Kashish Chadha Tue, 24 Jan 2023 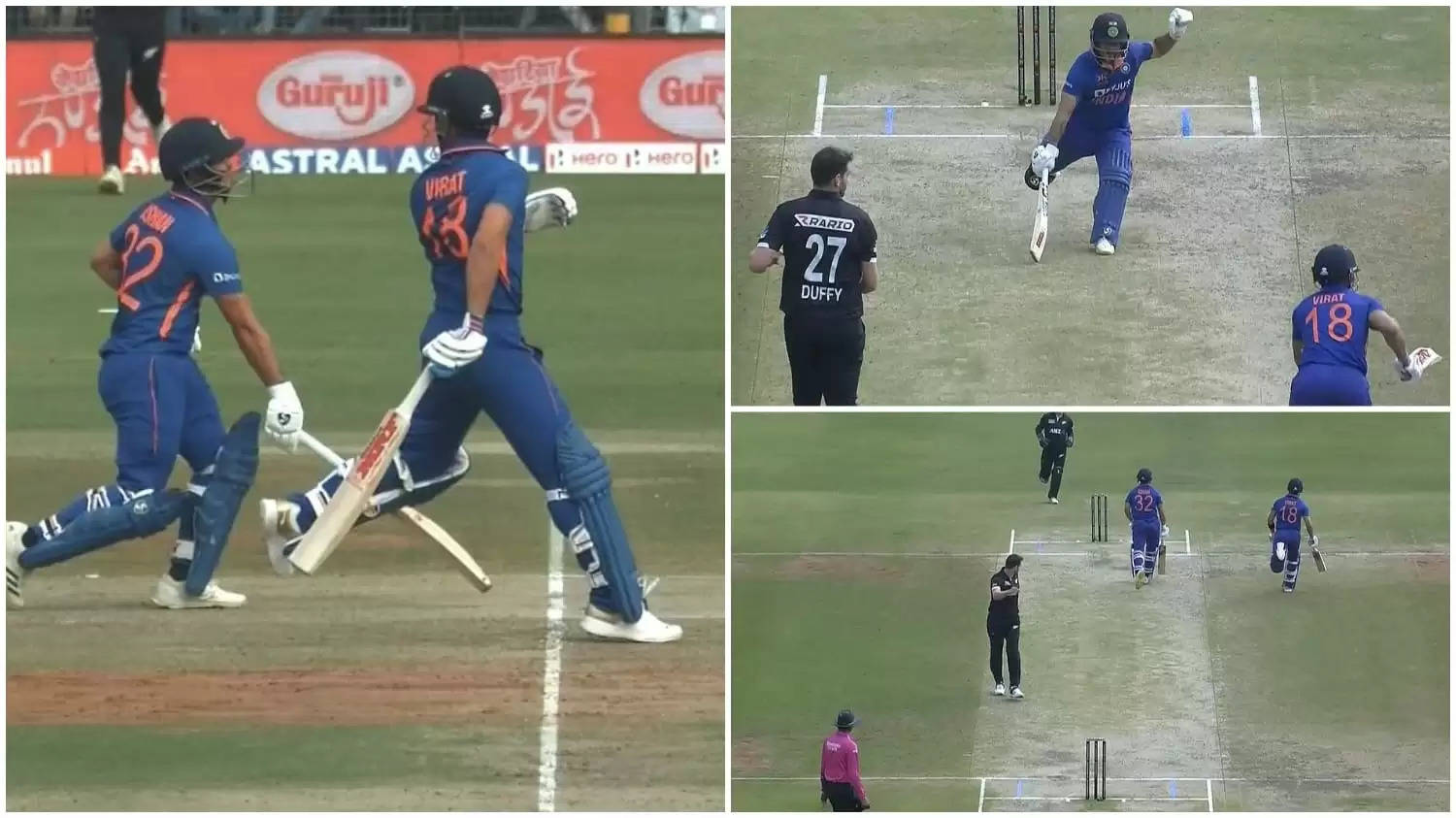 A horrible mix-up in the middle saw Ishan Kishan and Virat Kohli stranded at the same end during the third ODI of the series against New Zealand in Indore on Tuesday (January 24).

Having tapped the ball to short cover for a quick single, Kishan initially got Kohli committed to the run but then suddenly reverted on his own call. That led to a situation where his partner kept running to the other end while he also partly considered resurrecting his position.

Recognising he can't afford to sell an in-form Virat Kohli down the river, Kishan only halfheartedly went back to the batting crease and ensured that his partner crossed him before the bails were dislodged by the fielder at the other end.

Kishan ultimately sacrificed his wicket for the greater good of the team, having stuttered along to 17 off 24 balls, while at the other end the modern-day genius stood at 28* off 20, looking good for another major score.

It wouldn't have come down to that had Kishan gauged the single opportunity better after tapping the ball straight to the cover fielder Henry Nicholls and urging Virat Kohli to come in for what proved to be a hopeless run.

The run-out came on the third ball of the 35th over. Facing seamer Jacon Duffy's short-pitched delivery, Kishan gently hit the ball to the off-side and immediately asked Kohli to come in for the single. The great batter, having committed to his partner's call, kept running in towards the other end, anticipating Kishan to cross him.

But to his disbelief, Kishan stopped for a bit and even looked at Kohli for a last-second change of mind. But then, Kohli had committed to the run so much there was no way he could've made a u-turn.

This led to a situation, where Kishan had a decision to make: whether to sell Kohli short or not go back inside the crease and sacrifice his wicket. The young left-hander did the latter and ensured the more in-form player stayed intact at the crease.