The Indian batting great hasn't played a T20I since the end of the T20 World Cup in Australia, leading to doubts around his future.
By Kashish Chadha Tue, 24 Jan 2023 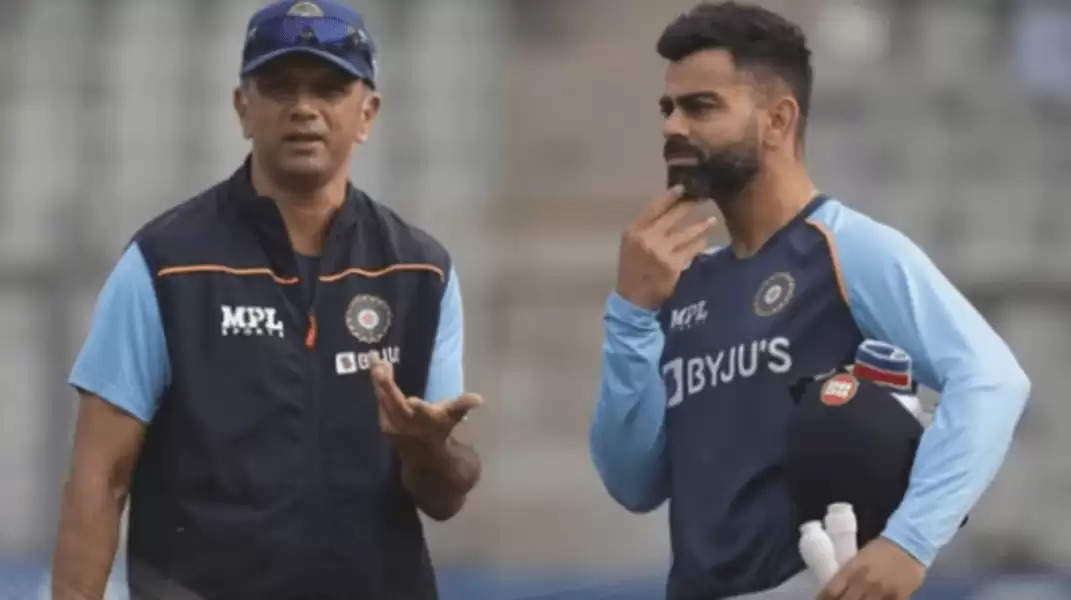 Amidst speculation over Virat Kohli's future in T20Is for India, head coach Rahul Dravid explained why the batting linchpin isn't part of the looming set of matches in the format against New Zealand. The batting great also didn't play the three T20Is versus Sri Lanka at the start of the year.

A cloud of uncertainty has hovered over the futures of Kohli and skipper Rohit Sharma in T20Is ever since the conclusion of the men's T20 World Cup 2022 in Australia. The two veterans haven't played a T20I from the point of India's defeat in the semifinals of an event, where Kohli top-scored for the country.

With the two nearing deeper into their thirties, there is a sense of belief on the outside that they have been phased out from T20Is with the intention to stretch their careers in Tests and ODIs with premier allrounder Hardik Pandya leading a fresh-looking T20I unit.

Dravid, however, didn't respond along those lines when asked if the reason why Virat Kohli is skipping the New Zealand T20Is is that his future in the format stands sealed for the selectors and the management.

The head coach rather spoke about the immediate plans, wherein the decision-makers feel they must rest their experienced players and prioritise which series they should play.

"There’s certain priority we need to give to certain white-ball tournaments at particular stages of time. With the amount to cricket we are playing - the Border-Gavaskar Trophy and the World Test Championship - there are certain white-ball tournaments that we have to prioritize," Dravid told the press ahead of the third one-dayer versus the Kiwis in Indore, scheduled on Tuesday (January 24).

Notably, the T20Is against New Zealand are being played in the build-up of a much more important Border-Gavaskar Trophy against Australia, with the four-Test series dictating India's World Test Championship (WTC) fortunes - a scenario that reaffirms Dravid's point.

"The priority after the T20 World Cup has been these six (ODI) games and Virat has played all these six games. He will get a break, along with Rohit and one or two other guys in the next week while we play some T20 cricket," the coach said.

"They come refreshed on the 2nd and we have a good week’s camp before we play Australia. So we just have to prioritize certain formats."

The first Test against Australia will be played from February 9 in Nagpur, only eight days after the final T20I versus New Zealand on February 1.