Jasprit Bumrah ran through the England batting in the first of three ODIs at The Oval on Tuesday to bag his second five-for in the format.
By CX Staff Writer Tue, 12 Jul 2022 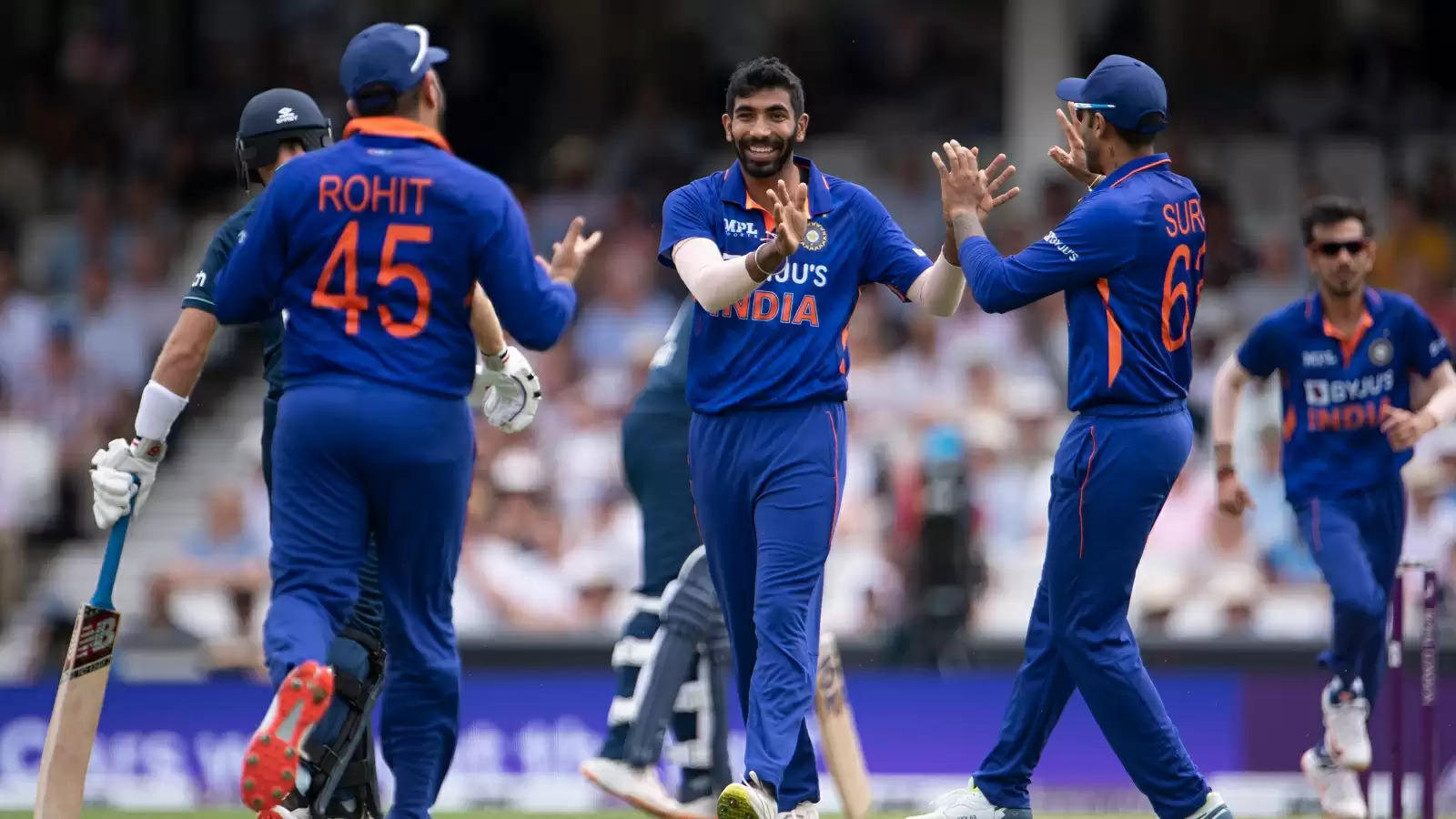 Three of Bumrah’s victims fell for a duck.

After having led India’s bowling in his first ever Test as captain at Edgbaston last week - which also produced that record-breaking over against Stuart Broad - and a fine spell at the same venue in the second T20I last week, Bumrah was at his absolute best in the first ODI on Tuesday, setting it up for India with a fiery opening burst.

Skipper Rohit Sharma opted to bowl in overcast conditions, and Bumrah and Mohammed Shami reaped instant rewards with superbly controlled seam and swing bowling to reduce the hosts to 7/3, and subsequently 26/5 by the eighth over.

Bumrah castled Jason Roy for a duck in his very first over, with the batter playing one onto his stumps while going for an extravagant front-foot drive against the moving ball. Joe Root was undone with some extra bounce soon after, getting a regulation outside edge through to Rishabh Pant complete a double-wicket maiden.

Mohammed Shami had Ben Stokes out for a duck with a peach next over, before Bumrah returned to get the better of Jonny Bairstow, who had struck two match-winning hundreds in the Edgbaston Test. Bairstow too, found an outside edge while poking at one outside the off-stump, with Pant pouching another brilliant one-handed take.

Next in Bumrah’s sight was Liam Livingstone, who had been undone by a pacy off-cutter by the same bowler in the second T20I last week. This time, the right-hander walked right across to attempt a flick, but missed the full, incoming ball completely to see his stumps rattled.

The right-arm quick then returned for a second burst, and castled Brydon Carse for 15 to end his 35-run ninth wicket stand with David Willey to complete his five-for. It was his second in the format, after having bagged 5/27 against Sri Lanka in Pallekele in 2017. He dismissed David Willey to finish 6/19 with three maidens in a 7/2 over spell - his best returns in ODIs - as England were bundled out for 110 in 25.2 overs.

#HardikAbusedRohit trending on social media — Is it true though?