The Indian spearhead is likely to miss the three-match series against the neighbours after a u-turn from NCA staff on his game-readiness.
By Kashish Chadha Mon, 9 Jan 2023 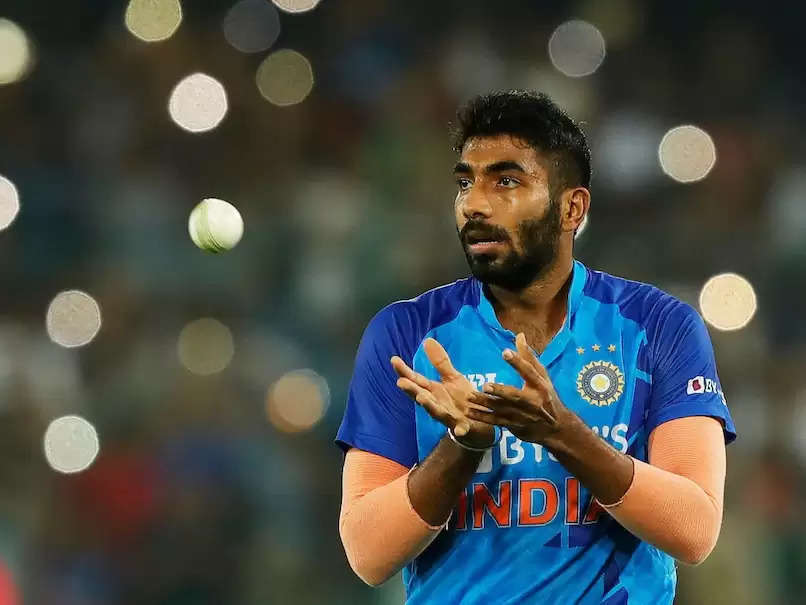 India seems to have taken a u-turn on Jasprit Bumrah's participation in the ODI series against Sri Lanka. After making him a late entrant to the squad for the three-match series, it is understood the medical staff in discussions with the team management and selectors have deemed the player unfit for the games from January 10-15.

While an official confirmation is awaited from the BCCI, Cricbuzz reported sources privy to the developments stating that the decision-makers wish to not rush the player back from a sustained absence after a back injury.

Notably, Jasprit Bumrah has been out of the action since October when he aggravated a longstanding back problem and subsequently missed the T20 World Cup 2022 in Australia. The ace quick had been under a rehabilitation programme for the same over the past four months and had only recently resumed bowling at full tilt.

The 29-year-old was initially green-signalled for late inclusion to the ODI team at the start of the year by the BCCI. But in a surprising u-turn, he is now set to skip the entire series and strive to regain full fitness by the time India take on New Zealand in another set of three ODIs in a World Cup year.

"The All-India Senior Selection Committee has included pacer Jasprit Bumrah in India's ODI squad for the upcoming Mastercard 3-match ODI series against Sri Lanka," the BCCI had said on January 3, when the board shocked many by including Bumrah in the squad after initially leaving him out.

Backtracking on the same, the NCA staff seems to have recognised it important not to still rush Bumrah on the park, keeping in mind India are building up towards the World Test Championship (WTC) final in June and the 2023 50-over World Cup at home in October-November.

"Whether a formal communication from the BCCI will be made remains to be seen as the team management is believed to have used its discretion on the advice of the NCA," Cricbuzz reported after Bumrah wasn't seen in Guwahati with the rest of the Indian squad for the first ODI on Tuesday (January 10).

"Sources have said he might feature in the series against New Zealand against whom India will play three ODIs and as many T20I in that order from January 18."