Rohit Sharma has often been seen getting emotional during the Indian national anthem before the start of the game.
By CX Staff Writer Thu, 10 Nov 2022 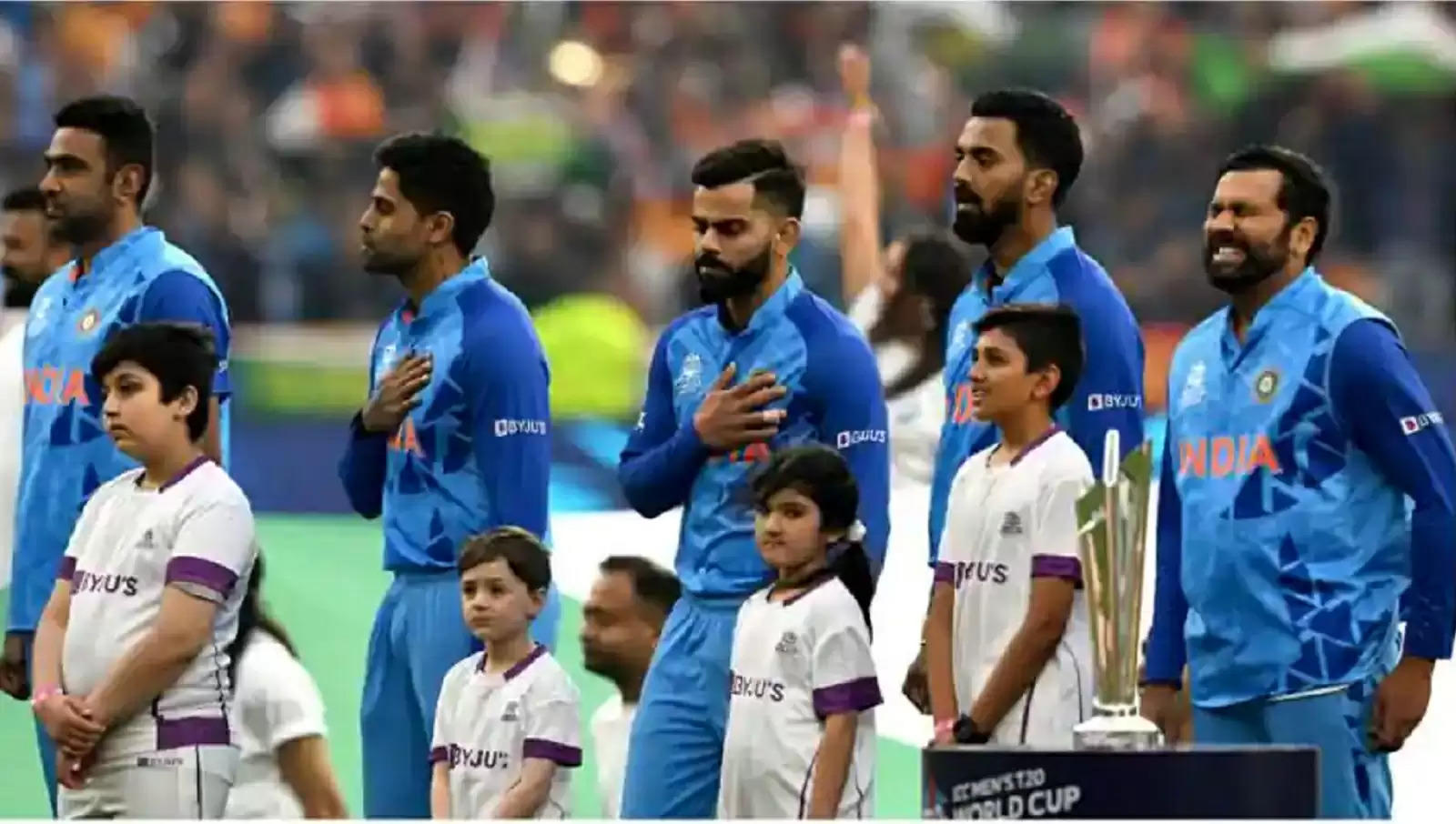 India will face England in the second T20 World Cup 2022 semi-final on Thursday.

Indian cricketers KL Rahul, Rohit Sharma and Virat Kohli have put forth their experience of standing to the national anthems before the start of their matches in front of capacitated crowds regardless of the venue.

The trio are currently taking part in the T20 World Cup 2022, wherein India have already made their way through to the semis. In the semi-final, the Men in Blue are scheduled to lock horns against Jos Buttler's England at the Adelaide Oval on Thursday, November 10.

"Anywhere with a packed crowd where you are standing with the national anthem, it's just magic. Even getting your cap becomes the second best thing" Rahul was quoted as saying on Star Sports.

Rohit has often been seen getting emotional during national anthems, as was the case during India's tournament opener against Pakistan at the Melbourne Cricket Ground last month. The 34-year-old reckoned that it's a surreal moment for every cricketer in the country.

"Whenever you come to the World Cups to play tour first match and the entire national anthem is played at the venue with all of us standing together, that's a different moment. When the national anthem finishes, we look at each other, we aren't able to speak for around five to seven second because everyone is trying to soak in that moment. You can't experience such an atmosphere everyday," Rohit said.

Buttler is ready for the Bhuvi test 💪#INDvsENG #T20WorldCup pic.twitter.com/xOjqFkcWMJ

"I have never felt that sense of unity and united energy in one place. It's a very special thing when you feel the force of so many people behind you," Kohli said.

As far as the tournament is concerned, India won four matches in the Super 12 and topped the Group 2 points table. Rohit's men lost to South Africa, but defeated Pakistan, Netherlands, Zimbabwe and Bangladesh to make their way through to the semis. India have qualified for the final twice - in 2007 and 2014 - and defeated Pakistan in the former to lift the cup, but lost to Sri Lanka in the latter.