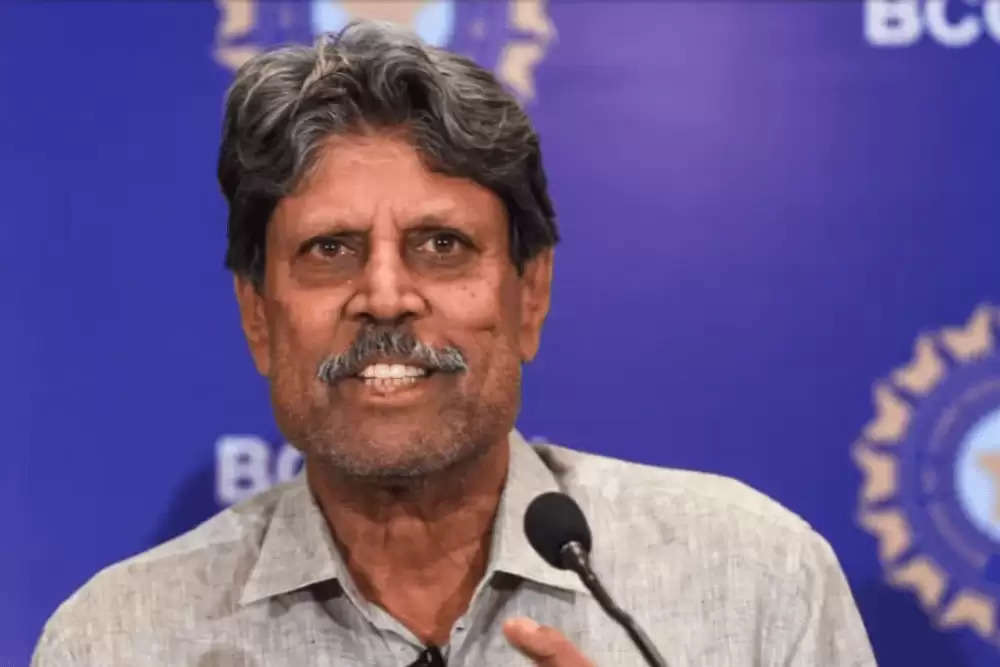 Kapil Dev doesn't find the changes made in India's squad over the past couple of years at the height of the Covid-19 pandemic too much of an issue.

The legendary allrounder and former India skipper believes a positive impact of the situation enforced upon the selectors and the management in an excessively busy calendar has been more opportunities for a wider pool of players.

The 1983 World Cup-winning captain reckons chances to a great array of cricketers has been one major positive result of the chopping and changing that we have seen, especially since head coach Rahul Dravid has come on board and got different players to rest and rotate at unique stages.

Speaking to the Gulf News in an interview, Kapil Dev felt it is the way forward for selectors and the management to prepare for life in the future, where India would have different players on the park for each of the formats at the international stage.

"The flip side of changing the team frequently allows many cricketers a chance to play. In future, I can see India will have three teams, one each for Twenty20, ODI and Tests. That way you can have a bigger pool also," said Kapil Dev, who, however, doesn't think there should be too many changes made within a specific series or the tournament that India play.

He especially noted the exclusion of wristspinner Kuldeep Yadav for the second Test of the series in Bangladesh last month despite winning the 'Player of the Match' in the previous game in Chattogram.

"Yes, they should have one set of team for a period of time. You can have the odd person changing, I can understand, but man-of-the-match getting dropped and someone else coming in, as cricketers, we don’t understand that."

Kapil Dev also expressed confidence over the current Indian team to reclaim the ODI World Cup crown later in the year on home shores, provided they build the right playing XI and find some luck along the way.

"Yes, we have a team, but there are other teams also who have the ability to win the World Cup," said the cricketing great. "To win the trophy, you need a stroke of luck, right combination and top of that the main players should remain fit, that’s the most important thing."

"When they play so much cricket, injuries are going to take place and I hope when they get to play the tournament they don’t get injured," he added.