KL Rahul is set to miss the T20I series in the Caribbean after testing positive for Covid-19.
By Kashish Chadha Wed, 27 Jul 2022 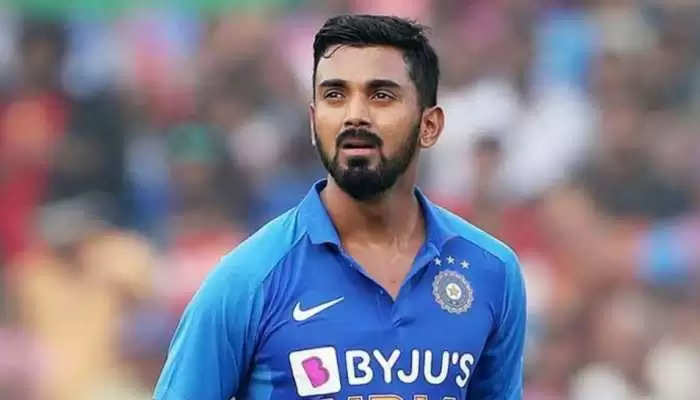 India's limited-overs vice-captain KL Rahul is unlikely to take any part in the ongoing tour of the Caribbean.

The opening batter is set to miss the T20I series against the West Indies, starting July 29, as he continues to recover from a bout with Covid-19.

Rahul tested positive for the virus at the National Cricket Academy (NCA) in Bangalore where he was going through the final stage of his rehab following surgery for an injury to his groin.

After going through his surgery in Germany, KL Rahul was undergoing rehabiliation under the supervision of the NCA coaches.

The recovery was going on smoothly, as the player was seen batting in the nets after two months, with the selectors also feeling confident enough of his comeback to name him in the T20I squad for the West Indies trip.

But those hopes were dashed by an untimely positive test that Rahul gave while present at the state of the art facility in Bangalore, delaying his departure to the Caribbean.

A BCCI source privy to the developments told the Times of India, KL Rahul requires another "fortnight" to be able to recover completely from Covid-19.

The source also confirmed that the selectors will not be naming any replacement for the opener since the team management has backup options available at its sleeves.

"Rahul needs rest for another fortnight to recover completely from Covid," the source told TOI. "However, it is unlikely that a replacement for him will be sent to the West Indies. Either Rishabh Pant or Ishan Kishan can open with Rohit. There's no point in sending someone now."

Also Read - "You tell me, where do I score runs?" Ahmed Shahzad, Shahid Afridi involved in heated discussion

KL Rahul hasn't played for India since February when he turned out against the Calypso Kings during a home ODI series and subsequently missed the Test and the T20I series versus Sri Lanka in March due to an injury.

He went through the IPL 2022 as Lucknow Super Giants (LSG) skipper before aggravating a groin injury ahead of the T20I series versus South Africa in June. The cricketer was advised by the medical staff to undergo surgery in Germany and subsequently gave the tour of Ireland and England a miss.

Hit by Covid, the elegant right-hander will now skip the entire trip to the Caribbean as well, with his next assignment likely to be the Asia Cup T20I in UAE in August.