"You tell me, where do I score runs?" Ahmed Shahzad, Shahid Afridi involved in heated discussion

Shehzad and Afridi engaged in an argument during a news channel debate in Pakistan.
By Kashish Chadha Wed, 27 Jul 2022 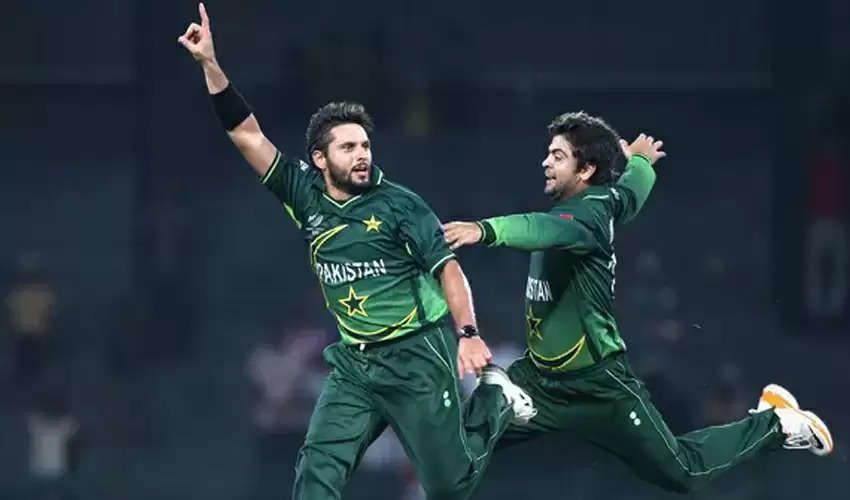 Ahmed Shehzad played a lot of the early part of his career for Pakistan under Shahid Afridi's captaincy.

After openly expressing his displeasure at the treatment handed out to him by the Pakistan Cricket Board (PCB), the selectors and the management last month, out-of-favour opening batter Ahmed Shehzad was now involved in a heated exchange with former Pakistan skipper Shahid Afridi.

Not for the first time in Pakistan two cricketers indulged in an argument on television, with Shehzad appearing on Samaa TV, which had Afridi as part of its expert cricket panel.

The discussion started with the mention of Shehzad playing a lot of the earlier part of his career under Afridi's captaincy, with the latter stressing how much he supported the former and gave him assurance and trust to come up with performances justifying his talent.

Afridi also made an interesting remark when he hinted at board politics behind Shehzad's exclusion from the side by saying it was the fact that he supported the player that didn't go down well with the PCB regime.

"Ahmed was targeted because of me" - Shahid Afridi

"Ahmed was targeted because of me because I supported him a lot. I gave him a lot of chances, which turned out to be a negative thing for him when I left captaincy. I think people thought he was my favourite," Afridi said.

"I supported him a lot because I wasn't finding an opener of his ability in Pakistan. He was performing as well. Obviously, he couldn't perform in all games but he was targeted because of me as well."

Shehzad, who last turned out for Pakistan back in 2019, was surprised by Afridi's comments and said he doesn't know on what basis his former skipper mentioned supporting him.

As the player was continuing his argument, Afridi interrupted and said: "I want you to score runs, enjoy your life with your wife and kids. Allah has made life beautiful for you."

Frustrated at finding no favours from the Pakistan selectors and the Pakistan Super League (PSL) franchises, Shehzad said he also is aware of the need to score runs but asked where are the opportunities?

"I keep saying that. I want to score runs, but at least don't deny me the platforms where I can score. I will ask you, when sides in PSL want to pick me, who comes in and says no? You tell me, where do I score runs? At my home?" he concluded.