The discarded Pakistan opening batter has claimed that this legendary figure ruined his playing career.
By Kashish Chadha Fri, 24 Jun 2022 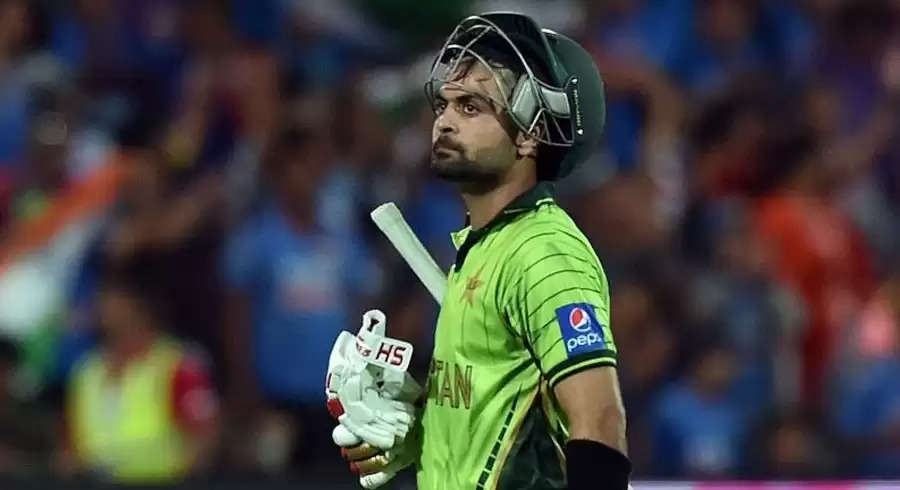 One of the Pakistan players with unfulfiled promise, Ahmed Shehzad had been called out for poor attitude by the great Waqar Younis.

Waqar, who was Pakistan's head coach and later joined the support staff in bowling coach's capacity, Shehzad claims, was one of the influential voices behind his sacking from the national team across formats.

A talented but underperforming Pakistan cricketer, Shehzad feels aggrieved at Waqar's inputs given to the Pakistan Cricket Board (PCB) in a report about his contributions and attitude on and off the field back in 2016.

In his capacity as head of the support staff back then, the great Waqar had identified Ahmed Shehzad and fellow batter Umar Akmal as two players the selectors need to immediately move past, having shown all the patience with them while they continued to disappoint.

Recounting the episode and the subsequent downturn in his playing career for Pakistan, Ahmed Shehzad said Waqar's words "hurt" him and his game very badly, as he was not allowed to "present my case" amidst allegations of poor work ethic and attitude towards the game.

"I have not seen the report myself, but a PCB official told me that these remarks have been said regarding me. But I believe that these things should be discussed face-to-face, and I am ready to take on that challenge," Shehzad said in an interview with Cricket Pakistan.

"Then we will see who is right and who is wrong. Their words hurt my career, especially since I was not allowed to present my case. This was a pre-planned approach, and they wanted to kill two birds with one stone," he added.

Ahmed Shahzad last turned out for Pakistan in any format of the game back in October 2019. Now considered a thing of the past by the selectors and the team management, the 30-year-old's career record is telling of his underperforming nature and why he gets deemed as a wasted talent by many.

Shehzad's Test numbers still give a respectable reading - an average of 40.92 after 13 matches - but his ODI and T20I record is poor, to say the least. In an increasingly batting-friendly era in white-ball cricket, the batter averages 32.56 in ODIs with a strike-rate of 72.08; while going at only 25.81 per piece in T20Is with a pedestrian strike-rate of 114.83.

For the player, however, the numbers would've painted an entirely different picture of his career if he had enjoyed the kind of backing that he deserved. Shehzad claims he never got the level of confidence from Pakistan coaches that someone like Virat Kohli did in Indian cricket from his then captain MS Dhoni.

Shehzad arrived at the international scene right about the same time that Kohli did. But while the Indian batter went on to prove his standing as a bonafide great, his Pakistani counterpart failed repeatedly to do justice to his potential.

"I have said this before, and I will say it again, Kohli’s career picked off amazingly because he found MS Dhoni but unfortunately, here in Pakistan, your people cannot stand your success," said the 30-year-old.

"Our senior players and ex-cricketers cannot digest seeing someone succeed in the cricketing world, which is unfortunate for Pakistan cricket."