Kris Srikkanth: Dinesh Karthik is not a finisher

Dinesh Karthik has made an emphatic return to the Indian T20I setup, and is looked upon as the team’s designated “finisher” in the format. However, former India captain Kris Srikkanth doesn’t quite agree with the tag.
By CX Staff Writer Wed, 3 Aug 2022 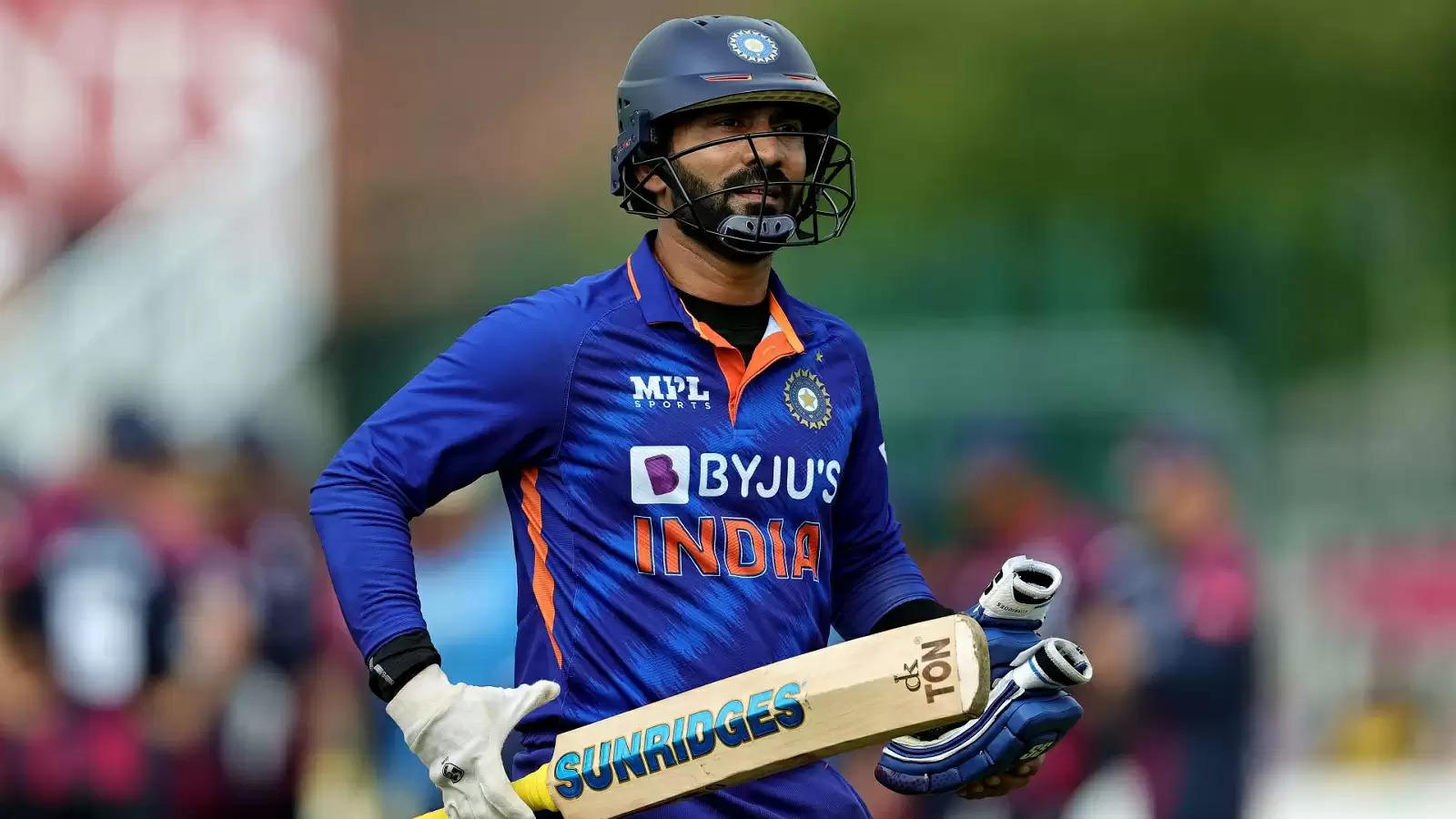 "Your definition of a finisher is wrong.”

Dinesh Karthik has been in sublime T20 form in recent times, finding his way back to the Indian setup on the back of his brilliance for the Royal Challengers Bangalore in the team’s run to the IPL 2022 playoffs earlier this year. Karthik aggregated 330 runs while striking at an impressive 183.33, with 22 sixes in the tournament, and has now carried that run at the international level.

The 37-year-old had produced a game-changing 55 off 27 in the fourth T20I against South Africa in June to help India level the series, and recently struck an unbeaten 41 off 19 in the first T20I against the West Indies on a rather challenging wicket in Tarouba last week.

The right-hander has been looked at as one of India’s key middle-order batters in lead up to the T20 World Cup 2022 to be played in October-November in Australia, with him being widely looked at as the team’s designated “finisher”.

However, former India opener Kris Srikkanth doesn’t quite agree with Karthik being labelled so.

"Your definition of a finisher is wrong. Yes, Dinesh has been doing very well. He has been brilliant in the IPL and a few matches here. But that is not a finisher! A guy who can take the match from 8th or 9th over and finish it can be called a finisher,” Srikkanth said on FanCode during the third Twenty20 between India and West Indies.

“What Dinesh is doing can be called final touches. Take Suryakumar Yadav. We saw that he almost single-handedly won the match in England. That's the finishing role. Hardik Pandya, Rishabh Pant are finishers... and our captain (Rohit) can open and play till the 17th over in 12th gear is also a finisher.

"An actual finisher doesn't play between 16-20 overs. A finisher is a guy who takes the match along from 8th or 9th over and eventually finishes with 60 odd runs. Dinesh's role is defined. He is doing fantastic but he is fine-tuning the finishing role instead of actually being a finisher."

India won the third T20I in St.Kitts by seven wickets on Tuesday, August 2 to take a 2-1 lead in the five-match series. The fourth and fifth T20I will be played in Lauderhill, Florida on Saturday and Sunday (August 6 and 7) respectively.

Ashwin: ‘DK the finisher is growing like fine wine’

Cricket's Comeback Men: Players who have made impressive return to the field