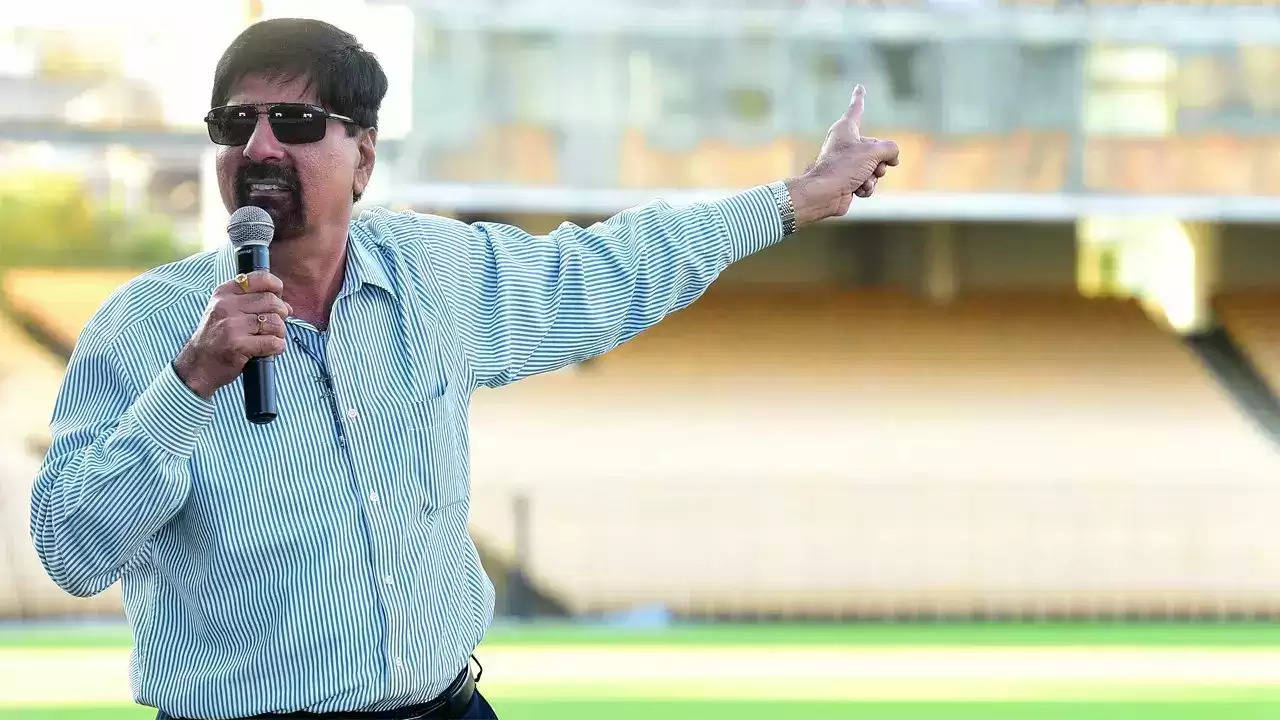 Kris Srikkanth has been vocal in criticism of some of the selections made under Chetan Sharma's tenure.

Kris Srikkanth had a funny message to send to his former India teammate and current chief selector Chetan Sharma as his panel strives to finalise a squad for the T20 World Cup in Australia.

An ex-head selector himself, Srikkanth isn't too pleased with some of the selections made under Sharma's tenure and urged him to get things right from now on.

He went to the extent of saying Sharma can call him up for any advice if he needs ahead of the T20 World Cup and pick a squad that will help India reclaim the coveted crown Down Under.

Sitting alongside Ravi Shastri in a discussion for Fancode during the first India-West Indies T20I on Friday (July 29), Kris Srikkanth came up with a suggestion for Sharma in his characteristically funny avatar.

The former Indian opening batter said Sharma shouldn't feel shy about asking for any advice from him and Shastri since they've played a lot of cricket together.

"If they pick the right combination then Chetan Sharma, who has played a lot of cricket with us,...ee Chetu (Chetan) aab correct team select karna. Advice chaiye toh mereko phone kardo, Ravi (Shastri) ko call kardo, humdono aacha guidance denge aapko” (Hey Chetam, select the correct team this time. If you need any advice, call me, call Ravi. Both of us can give you good guidance)," Kris Srikkanth said.

The 1983 World Cup hero, however, has no trust lost on his former on-field partner and believes the ongoing experimental period will be over by the time Sharma & co pick the squad for the Asia Cup T20 at the heels of the T20 World Cup in Australia.

"This trial and error methodology that they are doing is absolutely fine, what the selectors are doing is fine. But from the Asia Cup, they have to do it," Srikkanth added.

Srikkanth has been vocal on the need for India to incorporate spin allrounder Deepak Hooda in the main T20I side ahead of the struggling Shreyas Iyer, whose short ball issues make him a vulnerable player heading into an Australian World Cup.