In a bizarre incident, Mitchell Johnson, who is currently in India for the Legends League Cricket 2022, discovered a snake in his hotel room in Kolkata.
By CX Staff Writer Mon, 19 Sep 2022 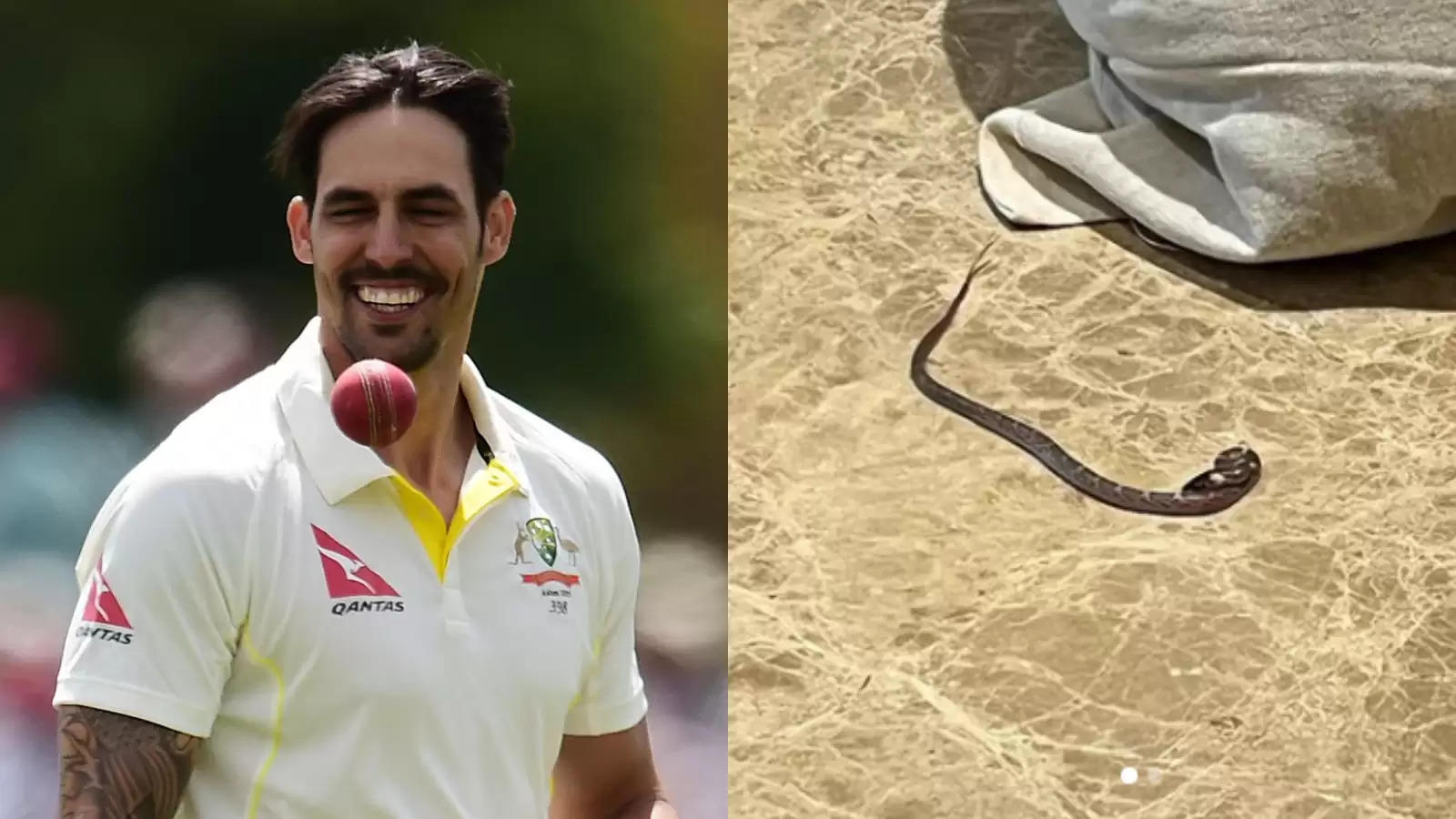 “Anyone know what type of snake this is?? Just hanging out in my room door.”

Mitchell Johnson, the former Australia speedster, found a snake in his hotel room in Kolkata, and posted an image of the same on his Instagram handle on Monday, September 19. Johnson is currently representing the India Capitals at the Legends Cricket League 2022 competition in India.

“Anyone know what type of snake this is?? Just hanging out in my room door,” Johnson wrote in his Instagram post, while sharing the photo.

A host of former cricketers are participating in the ongoing Legends Cricket League. Johnson dismissed Gujarat Giants skipper Virender Sehwag, and returned 1/22 from three overs in the first match of the competition played at the Eden Gardens on Saturday, September 17. The Giants went on to win the game by three wickets and eight balls remaining, with former Ireland all-rounder scoring 106 off 61 in a 180-run chase. Earlier Ashely Nurse had stroked an unbeaten 103 off 43 for the Jacques Kallis led side.

Harbhajan Singh's Manipal Tigers and Irfan Pathan's Bhilwara Kings are the other two teams in the competition.

ALSO READ: After T20I comeback, Umesh Yadav thanks KKR stint for bringing him back in the spotlight

Johnson, part of Australia’s ODI World Cup winning teams in 2007 and 2015, had earlier expressed his views on Virat Kohli, who recently struck his maiden T20I hundred at the Asia Cup 2022. He also spoke on the significance of the upcoming three-match series between India and Australia, with the T20 World Cup 2022 less than a month away.

“It is good for India when their best players can make runs and keep the side confident. Kohli is that player who changed the focus of the team when he took on the captaincy. The team will be happy that he is scoring runs," Johnson told ANI.

"Australia have to be looking at winning the series in tough conditions. This will give them confidence heading into the World Cup. They should have a solid and settled team going into it. It will be a great series."

The first India vs Australia T20I will be played at the Punjab Cricket Association IS Bindra Stadium, Mohali on Tuesday, September 20.