The famed coach-captain duo reportedly had an interaction with the county club directors, giving them understanding of the desired roadmap ahead.
By Kashish Chadha Thu, 12 Jan 2023 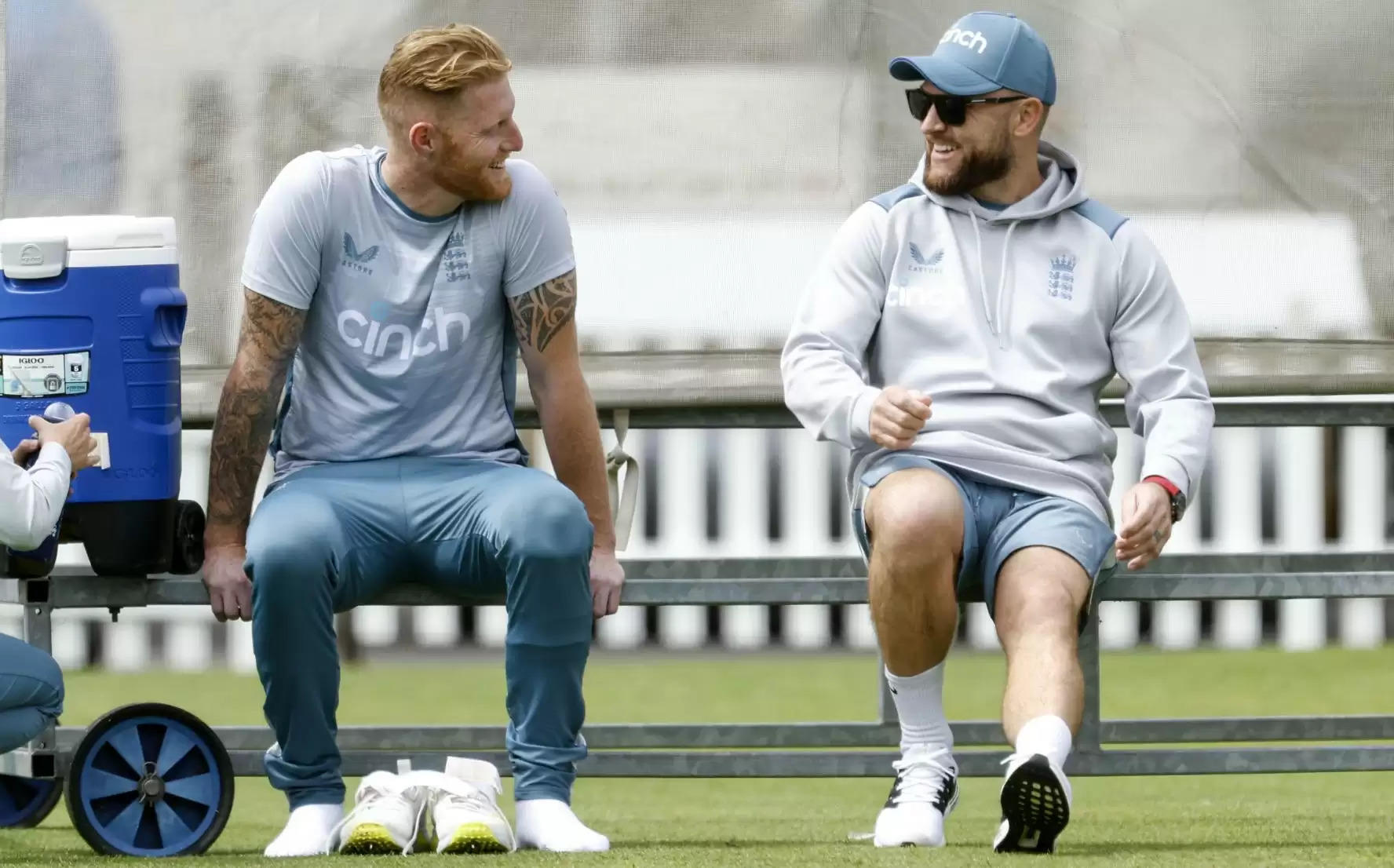 In limelight for transforming England's Test match fortunes, the duo of head coach Brendon McCullum and skipper Ben Stokes are hoping their fearless and extravagant approach will be embraced domestically in UK by English County Championship sides, reported the stuff.co.nz.

It is understood that McCullum attended a zoom call meeting from New Zealand and interacted with several county club directors, encouraging them to adopt their aggressive ways with bat in hand to infuse a sense of freedom into players at the first-class level, just as he did with England alongside Stokes.

England have been scoring at 5 an over since the time McCullum came on board at the start of the English summer last year, a period where they've enjoyed whitewashes over New Zealand at home and in Pakistan. In between, winning a Test series 2-1 against South Africa at the height of the season back home.

Their next challenge is a two-match Test series on Kiwi shores in February. But before proceeding, it is believed McCullum wanted to chat with county heads on the roadmap ahead and how he would personally like first-class teams in UK to alter their approach and take the field with greater intent in everything they do.

According to a report in the Telegraph, "McCullum and Stokes addressed a meeting of county directors of cricket about the way that they are seeking to play and the qualities that they are looking for in potential international players."

The meeting was not prescriptive, however, in that county clubs remain free to approach their games and particular situations whichever way they want.

The idea primarily was to give county directors a greater understanding on how Stokes and McCullum feel they can maximise the talent England's 18-county system possesses and to provide clarity on what are the needs of the Test team.

"Giving directors of cricket a greater awareness about the needs of the national team will help them to maximise the chances of their players graduating to the England set-up, and ensure a steady supply of cricketers who play in a similar style," stuff.co.nz.

England's two-Test series in New Zealand starts on February 16, with the first of the two fixtures being a pink-ball D/N game held at Bay Oval in Mount Maunganui.