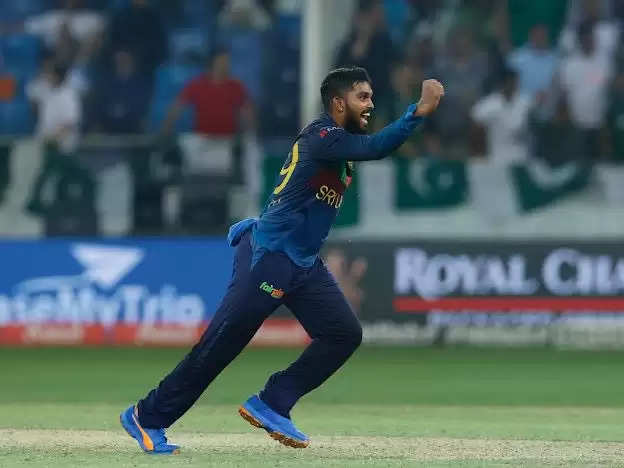 The Sri Lankan spin all-rounder blasted a critical knock of 36 and backed that up with a spell of 3 for 27 in Dubai.

Hasaranga came up with a critical cameo with the bat in hand to turn the game against Pakistan, before delivering a spectacular spell to tilt the scales decisively in his team's favour.

Walking into bat with the Sri Lankans struggling at 58/5, the young cricketer blazed his willow for an influential knock of 36 off 21 balls. His knock gave Sri Lanka the belief to take the game back to the opposition as they then rode on the wave of Bhanuka Rajapaksa's freeflowing 71 to reach a highly competitive score of 170/6.

Hasaranga later dented the Pakistan run-chase with his indecipherable mix of googlies and leg-breaks, ending with excellent figures of 3 for 27 off his 4 overs. The all-rounder helped Sri Lanka dismiss Pakistan for only 147, recording an Asia Cup final win over their much-fancied opposition.

Having worked with him closely through his stint as Sri Lanka's head coach, Arthur said he always identified Wanindu Hasaranga as a potential "big-match player". The 54-year-old expressed delight to see the player fulfil his capabilities on a stage like the Asia Cup final, allowing Sri Lanka to reclaim the trophy for the sixth time in the tournament's history.

"And then three wickets in an over (in the run-chase).. he stands up when the going gets tough and that is one thing  I've always liked about Wanindu Hasaranga."

"From the moment I've seen him, no moment (in the game) is too big for him. When the pressure is on, he gets stuck in and does the job for you," he added. "He is very reliable and I knew he would come good today."

Hasaranga didn't have the best of tournaments leading into the final in Dubai. But Arthur said he always knew the cricketer will come up with a crucial performance on the big night against Pakistan knowing he is a "big-match player".

When asked to explain what separates such cricketers from the rest, Arthur said it's the ability to walk a thin line between "confidence and arrogance".