Mohammed Shami has extended his support to Arshdeep Singh, after the latter was subjected to online trolls following a dropped catch in an Asia Cup 2022 game against Pakistan on Sunday, September 4.
By CX Staff Writer Mon, 5 Sep 2022 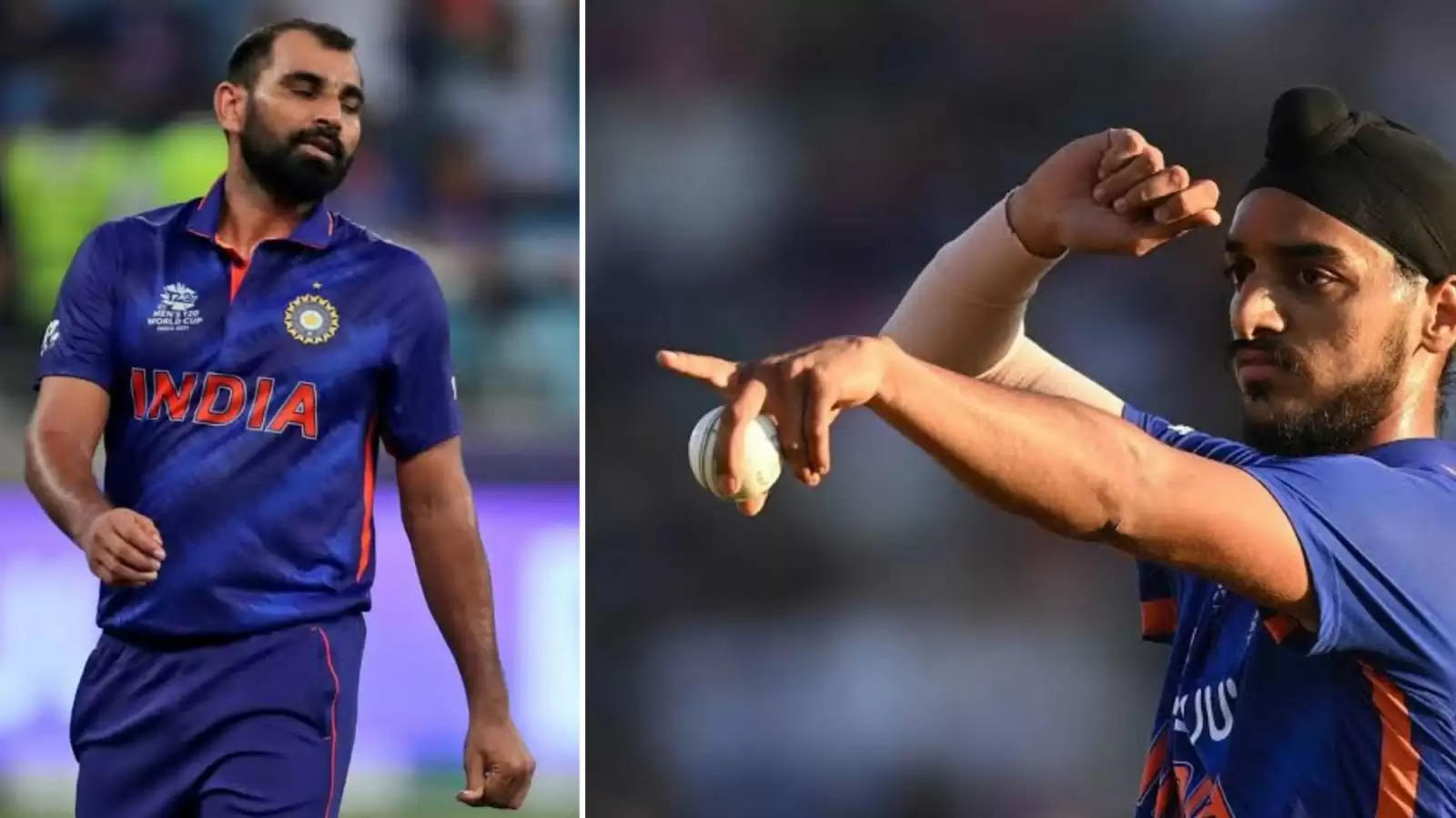 “I’ll only say to Arshdeep, don’t let this hamper you because your talent is immense."

India suffered their first defeat at the ongoing Asia Cup 2022 in a Super Four game against Pakistan at the Dubai International Stadium on Sunday, September 4. The game went all the way down to the last-over, much like the previous contest between the two sides played at the same venue a week ago, but it were Babar Azam’s men who emerged victorious this time around.

The game had its fair share of twists and turns, one of them being a reprieve given to Asif Ali during the 18th over of Pakistan’s run-chase of 182. Asif, facing his first-ball, mistimed a hoick off wrist-spinner Ravi Bishnoi, finding a top-edge towards Arshdeep Singh stationed at short third-man. However, Arshdeep put down a relatively simple chance, much to the disappointment of the bowler and his skipper Rohit Sharma, who was clearly unamused.

There is a growing narrative in favour of Indian seamer's comeback when in reality he has long been mediocre in T20Is, writes @crickashish217 #AsiaCup #AsiaCup2022 #INDvsPAK https://t.co/6OQei7NGge

Asif would go on to score a crucial 16 off 8, before falling to Arshdeep in the final over. As India went down, fans online trolled the left-arm quick for the missed opportunity, posting unacceptable content. It is noteworthy that Arshdeep returned 1/27 from 3.5 overs on a day when Bhuvneshwar Kumar, Hardik Pandya and Yuzvendra Chahal conceded 40, 44 and 43 from their respective four-over spells.

Mohammed Shami, one of India’s premier fast-bowlers, extended his support to Arshdeep.

"They only live to troll us, and have no other job. When we perform well they don’t say you took a good catch but will troll us?" said Shami in an exclusive interview with Times Now. "Agar dam hai toh real accounts se aaye na, fake account se toh koi bhi msg kar sakta hai (If you have the audacity, then comes from real accounts; anyone can message from fake accounts).”

Shami had himself faced social media abuse during India’s 10-wicket defeat to Pakistan in a T20 World Cup 2021 encounter at the same venue, and was backed by the then skipper Virat Kohli and rest of his teammates and the cricketing fraternity.

He asked the 23-year-old Arshdeep, who has already bagged 13 wickets from his first nine T20Is, not to let the external noise get the better of him.

"I’ve faced this and it doesn’t affect me because my country stands up for me. I’ll only say to Arshdeep, don’t let this hamper you because your talent is immense," said Shami.