Pakistan's young seamer Naseem got them off to a special start in the Asia Cup 2022 final against Sri Lanka.
By Kashish Chadha Sun, 11 Sep 2022 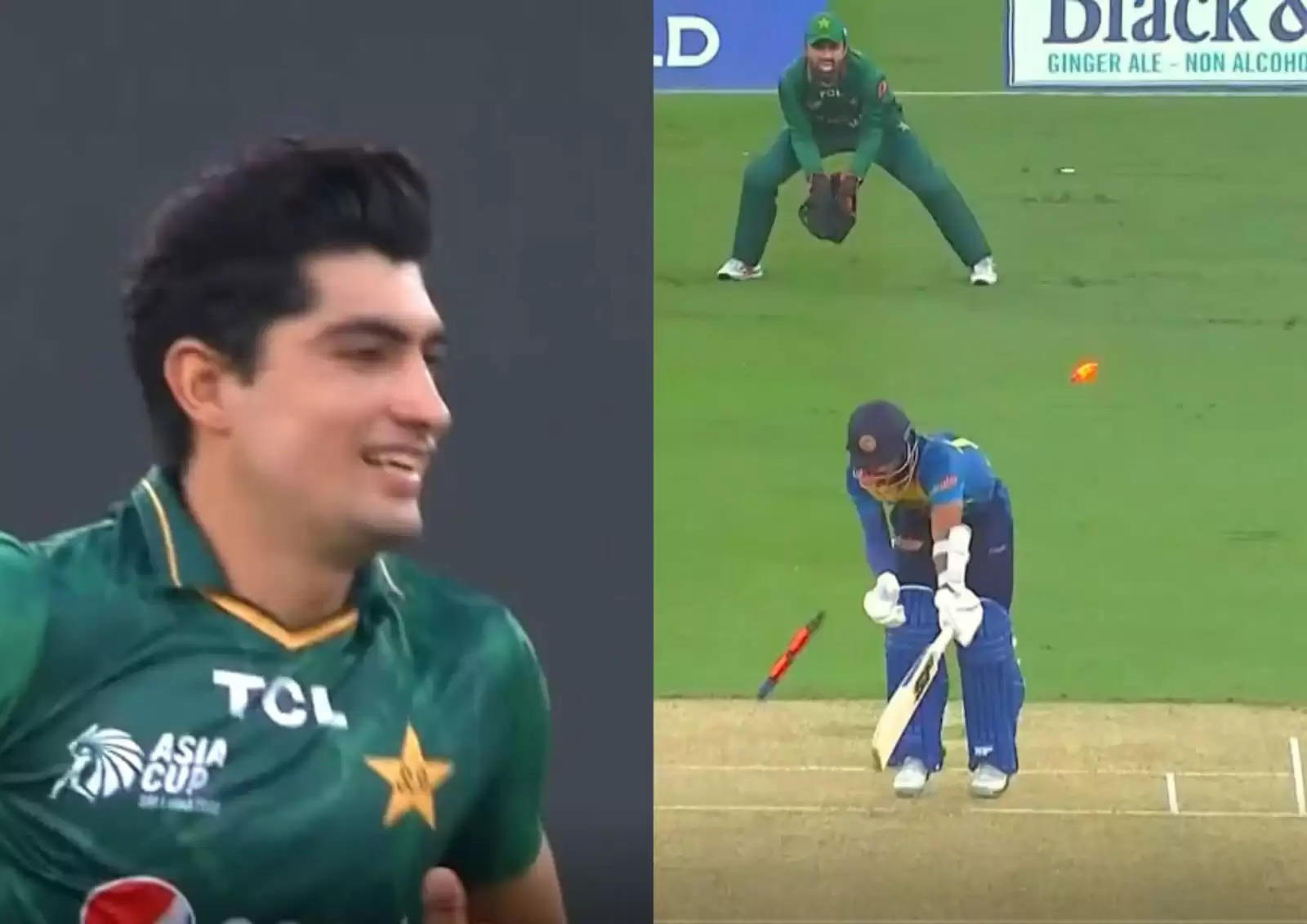 Naseem Shah got another opposition opening batter out first ball in the Asia Cup 2022 for Pakistan.

Naseem Shah got Pakistan off to a spectacular start in the Asia Cup 2022 final against Sri Lanka. The young seamer delivered an absolute beauty past the defence of the opposition's in-form opening batter Kusal Mendis.

Shah got it to tail into the right-hander at great speed and sneaked through the gap created by the movement between Mendis' bat and the pad.

Mendis had no respite on offer from the Pakistan speedster on his first ball at the crease and was left to make the long walk back with a duck next to his name.

Naseem Shah provided his team just the breakthrough they would've wanted, considering Mendis was Sri Lanka's hero for their critical victory over India in their Super 4s clash in Dubai and has been in very good rhythm with bat in hand throughout the tournament.

Naseem Shah gets Kusal Mendis out with a peach

The delivery that rocked the Sri Lankan opening batter hard arrived on the third ball of the first over of the Asia Cup 2022 final in Dubai.

Facing Naseem Shah from over-the-wicket angle, Mendis was done in by the natural inswinger that the bowler generates with his uniquely built action that makes the batter play for the outswing initially.

Left stumped by the late incomer from Shah, Mendis would've rued committing way too early to the first line of the ball, before the delivery curved in and sneaked through the gap created between his bat and the pad following a defensive frontfoot push.

The delivery from Naseem duly shattered the stumps behind the Sri Lankan right-hander to trigger great celebrations within the Pakistan camp.

In complete contrast was the Sri Lankan dressing room as they saw Pakistan draw first blood into the marquee finale of the tournament.

It wasn't, of course, the first time that Naseem Shah bowled a peach first up to get an opposition opening batter out on a duck. The promising quick dismissed Indian batter KL Rahul first ball on his T20I debut earlier in the competition.