Bhuvneshwar Kumar had an interesting response to the fans cheering for him outside the stadium in Dubai.
By Kashish Chadha Sat, 10 Sep 2022 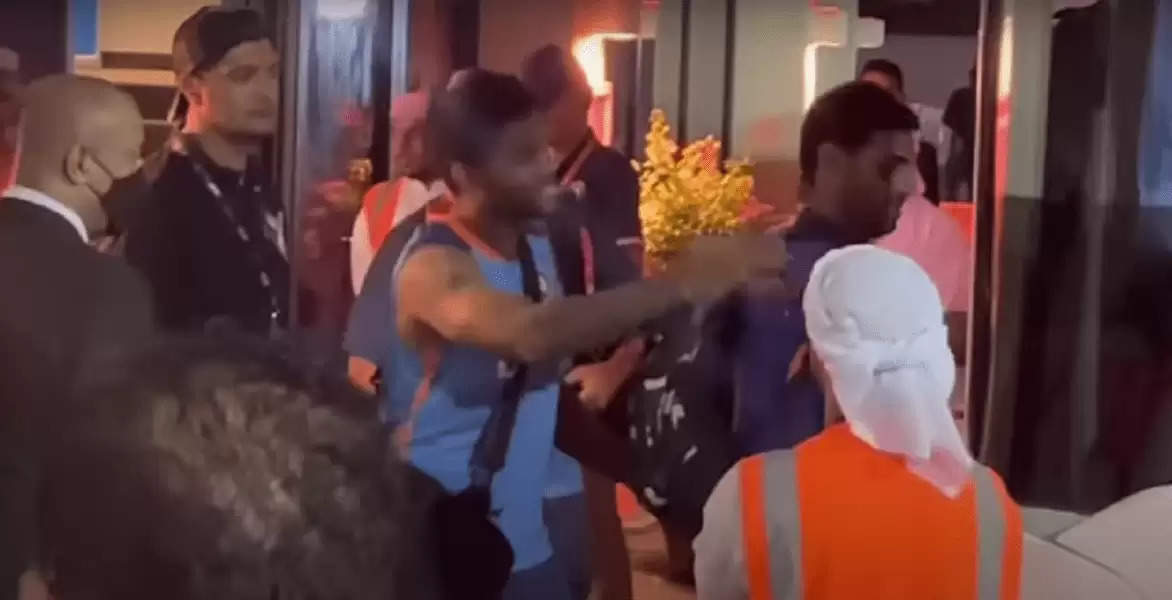 Bhuvneshwar Kumar had a group of fans cheering for him outside the Dubai stadium after his five-fer.

The icy cool Bhuvneshwar Kumar left Suryakumar Yadav stumped after his interesting response to the fans' request near the Indian team bus in Dubai after the completion of the side's Asia Cup 2022 campaign.

After dismantling the Afghanistan batting line-up on Thursday (September 8) with a five-fer, Bhuvneshwar decided to leave his India teammate shocked by his reaction after a group of fans cheered for the player and waved at him in anticipation of getting his autograph or selfie.

Indian journalist Vimal Kumar recorded the incident over YouTube where the experienced seamer was urged by Yadav to oblige to the fans' request. But in a rather surprising reaction, he did not pay any attention and straightway entered the team bus.

A shy personality, Kumar avoided the crowd present outside the stadium. But his act got Yadav stunned in the moment and the cricketer didn't know how to react.

The incident is from just outside the Dubai International Stadium where India played their final Asia Cup 2022 game against Afghanistan. As Bhuvneshwar Kumar entered the small row of players made to enter the team bus, behind him Suryakumar started telling him to interact with the fans who were chanting "Bhuvi!!! Bhuvi!!!" in his support after the five-fer.

But to the disappointment of fans, the cricketer didn't react and straightaway entered the bus, leaving even his teammate surprised by what had happened. Suryakumar even tapped Bhuvneshwar's shoulder for a response but to no avail.

The small incident can be seen in the clip below from 2:38 minute onwards.

While Bhuvneshwar Kumar didn't oblige to their wishes, the fans had much to cheer about when ultimately the jovial Rishabh Pant interacted with them and took selfies.

Bhuvneshwar Kumar had an outstanding game in Dubai, running through the hapless Afghan side with a new-ball spell of five wickets for just four runs.

His spell broke the back of the opposition batting line-up and helped India earn a consolation victory for the tournament.

The veteran India quick ended the Asia Cup 2022 as the leading wicket-taker with 11 scalps at an economy rate of 6.05.