Pat Cummins to miss IPL 2023 due to packed international schedule

Keeping in mind Australia's demanding international calendar, their sperhead will take a breather during the IPL window.
By Kashish Chadha Tue, 15 Nov 2022 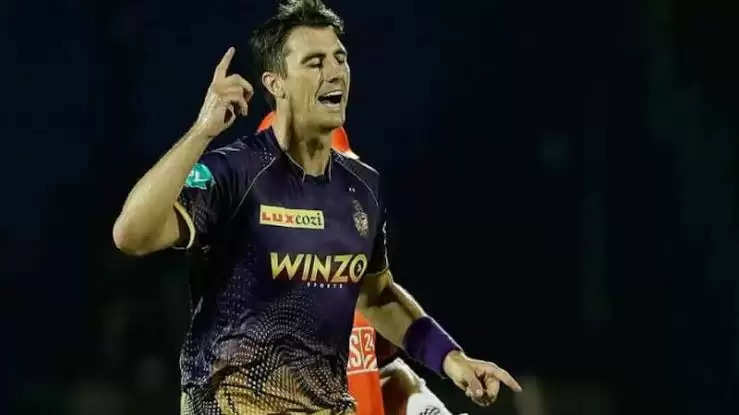 Kolkata Knight Riders (KKR) spearhead Pat Cummins will be skipping the next edition of the Indian Premier League (IPL) due to a packed international schedule with Australia. One of the world's leading fast bowlers, Cummins confirmed the "difficult decision" on Tuesday (November 15) in a statement.

With Test tours to India and England, and a one-day World Cup looming, Cummins has decided to give himself enough breather between assignments - an impossible scenario if he entered another IPL campaign with KKR.

"I’ve made the difficult decision to miss next years IPL," Cummins announced. "The international schedule is packed with Tests and ODI’s for the next 12 months, so will take some rest ahead of an Ashes series and World Cup."

The decision seems to be agreed on mutual terms as Pat Cummins also thanked the KKR ownership group and the support staff for understanding his situation. In return, Cummins promised he will comeback to the KKR fold as soon as possible.

"Thanks so much to @KKRiders for their understanding. Such a terrific team of players and staff and I hope I can get back there ASAP," he stressed.

Thanks so much to @KKRiders for their understanding. Such a terrific team of players and staff and I hope I can get back there ASAP 💜💜

Cummins' ouster from IPL 2023 comes to light on the day KKR are supposed to announce a final list of their retained players for the next season. The deadline set for the trade window to be over is Tuesday (November 15) IST 5 PM, by when all IPL franchises must announce the players they wish to keep with them to the BCCI and IPL governing council.

KKR had initially released Cummins prior to the IPL 2022 auction, where, however, they ultimately brought him back for a sum of INR 7.25 crores. Cummins' original contract with the side after coming back into their squad in IPL 2020 was a whopping INR 15.50 crores.

In these three seasons, he became an integral part of their plans. The player has taken 28 wickets from his 26 outings since returning to the KKR camp at an economy rate of 8.69. He has also been a useful plug with the bat down the order, scoring 302 runs at a brilliant strike-rate of 155.67.

Cummins' death-bowling has been in question but as an overall package, he proved to be instrumental to KKR's cause, offering them a strong powerplay bowling option and batting depth with his improved hitting abilities.

That package will not be there up KKR's sleeves when they take the field next summer, with Cummins opting out. The cricketer will be travelling to India for the all-important Border-Gavaskar Trophy in February-March and make the Ashes trip to UK in June-August, before kickstarting the build-up towards the 2023 World Cup later in India in October-November.