He’s batting like a dream. He’s churning out runs, fifties and hundreds for fun this Australian summer and the bowlers already look tired of seeing him at the crease. At the moment, he seems to be Australia’s best batsman. No, this is not Steve Smith. This is Marnus Labuschagne, the Australian No. 3 who has […]
By Sahil Jain Sun, 5 Jan 2020 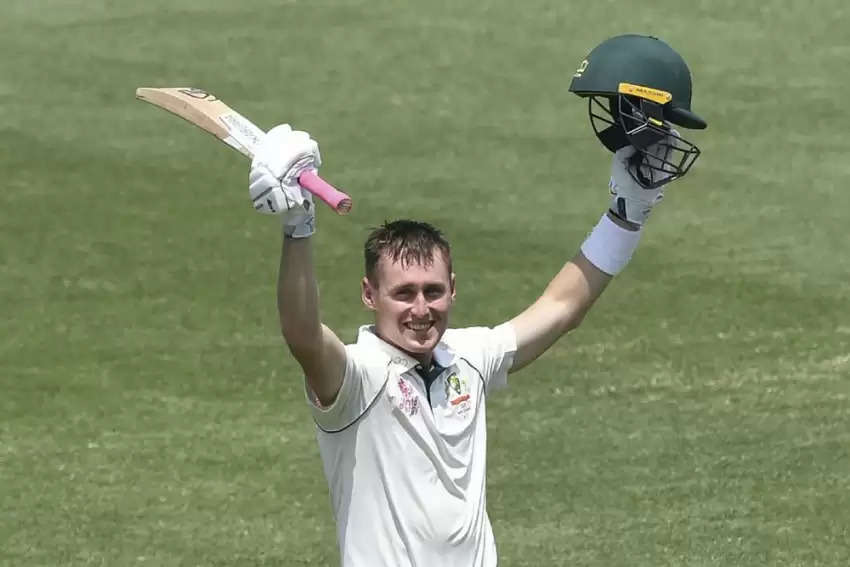 He’s batting like a dream. He’s churning out runs, fifties and hundreds for fun this Australian summer and the bowlers already look tired of seeing him at the crease. At the moment, he seems to be Australia’s best batsman. No, this is not Steve Smith. This is Marnus Labuschagne, the Australian No. 3 who has turned into an absolute run machine.

It was exactly a year ago that Labuschagne’s place in the Australian place was criticised. He batted at No. 3 against India at the Sydney Cricket Ground (SCG) and scored 38.  It was just his third match and fifth Test innings. He had previously scored 0, 13, 25 and 43 in the four innings he played in the UAE in late 2018.

Hence, it was a shock recall and moreover, his promotion to No. 3 was also questioned. Moreover, his first-class average at that time was around 33. The criticism, the doubt, was valid. However, one year later, Labuschagne has become one of the most important cogs of the Australian batting line-up in Test cricket. He’s nailed that No. 3 spot and it seems like he is here to stay.

Innings after innings, match after match, he keeps getting better and is churning out runs for fun. The bowlers have found it near impossible to break his defence and get past him. Since that Lord’s Test (second Ashes Test), the 25-year-old has been dismissed under 50 only four times. In fact, he has four hundreds and six half-centuries in this period and averages a phenomenal 85.00.

He’s been fabulous this summer as well and the only thing missing was a double ton. He got that against New Zealand at the SCG in the ongoing New Year’s Test and scored 215, putting Australia in a great position to dominate this Test match. Throughout the summer there have been multiple records that Labuschagne has gone past. So here’s a look at a few of those stats. 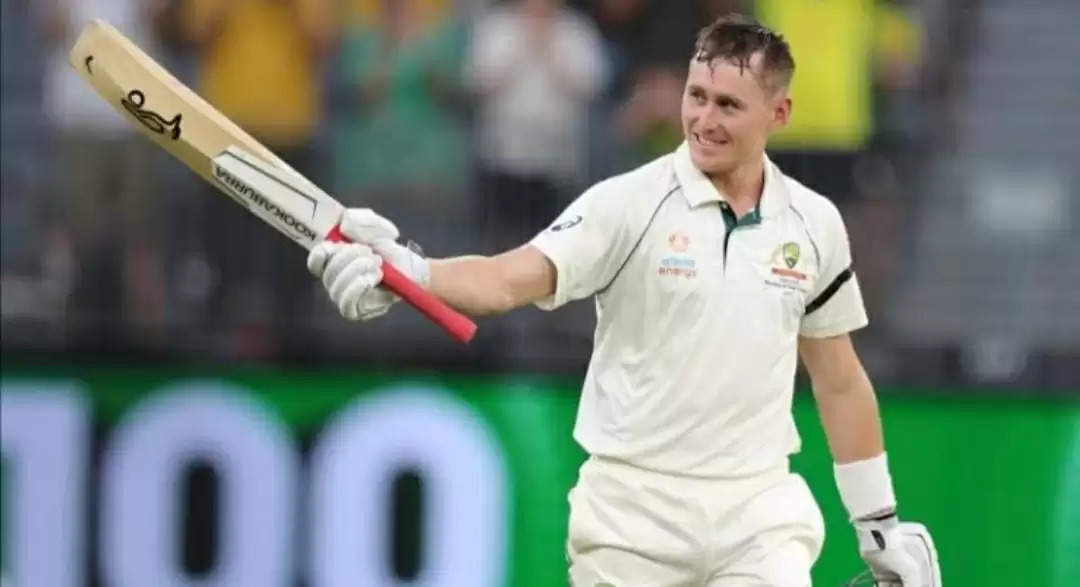 Marnus Labuschagne has been in scintillating form since Ashes 2019

Topping all batting charts since the start of 2019

Labuschagne had 129 runs from three Test matches halfway through 2019. The South Africa-born was not even supposed to be in the Australian playing XI in the Ashes. He came in as a concussion substitute and stroked a fifty in the second innings of that Lord’s Test. He hasn’t looked back since. The Queensland batsman finished 2019 as the leading run-getter in Test cricket.

In fact, he was the only batsman to amass more than 1000 Test runs in the calendar year 2019. Since the start of 2019, Labuschagne has scored 1319 runs at an average of 73.27. Only Smith has more than 1000 runs in this period and no other batsman has even aggregated 900 runs. Moreover, he has faced the most number of balls as well in this period. The world’s fourth-ranked Test batsman has faced 2354 balls which is 450 more than that of second-best Smith on this list. Labuschagne also has the most hundreds, most fifties and overall most fifty-plus scores during this period.

While the Ashes sealed Labuschagne’s place in the Australian Test side, there may have been one doubt after that series. It was Labuschagne’s ability to convert fifties into hundreds. He had scored four successive half-centuries in England without converting even one. However, he squashed all those doubts as  he smashed four tons in five Tests in this home summer.

He joins the likes of Steve Smith (2014-15), Virat Kohli (2014-15) and Doug Walters (1968-69) to have scored four tons in an Australian home summer which is the second-most. Ricky Ponting holds the record for the most hundreds in an Australian summer – five from seven matches in 2005/06 season. 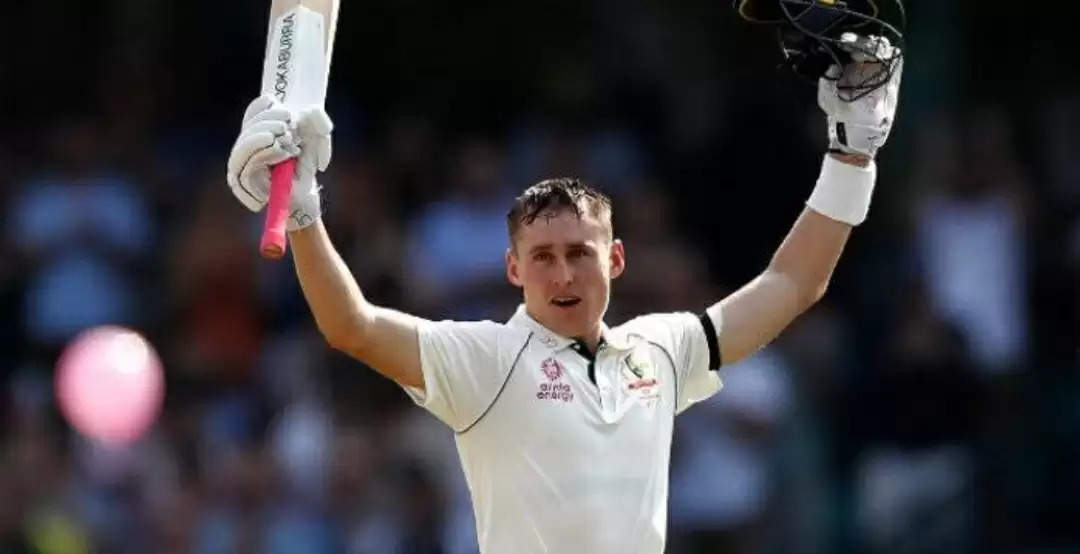 Marnus Labuschagne has the second best average among batsmen who have played at least 20 innings in Test history.

Labuschagne has gone past the likes of Don Bradman and Neil Harvey to hold the record for most runs by an Australian in an Australian summer which hosted only five Test matches. The current Aussie No. 3 has 837 runs which have come at an average of 119.57. Bradman had scored 806 runs in 1931-31 against South Africa which included four tons. He amassed 810 runs against England in the 1936-37 Ashes. Harvey had made 834 runs against South Africa in 1952-53 which included four tons and three half-centuries. England’s Wally Hammond is leading this chart with 905 runs and if Australia bat in the second innings, Labuschagne will have a chance to go past him. However, he is 66 runs behind.

Labuschagne has scaled new heights and has challenged the records of some of the greatest Test batsmen to have ever played the game. He has the fifth-most Test after 22 innings. The Queensland batsman has amassed 1400 runs after his first 22 innings in Test cricket. Don Bradman (2115 runs), Herbert Sutcliffe (1611 runs), Everton Weekes (1520 runs) and Arthur Morris (1408 runs) are the only ones with more runs after their first 22 Test innings.

After his first five Tests, Labuschagne had one fifty – he had scored 81 against Sri Lanka at the Gabba in Brisbane. He had batted in eight innings and had amassed a mere 210 runs at an average of 26.25. However, nearly a year later, the 25-year-old has a total Test tally of 1400 runs and averages 63.64. He has added four hundreds and six more half-centuries. That average is the second-best ever in the history of Test cricket for any player who has batted in at least 20 innings. He’s gone past Smith’s average as well which is 62.84. In fact, the South Africa-born averages 85.00 since the start of the Ashes last year.