Australia vs Pakistan T20I series: Smith, Zaman and other players to watch out for

Australia: They have five World Cup trophies in their cabinet, all in the One-Day format, but none in T20 cricket. Yes, we are talking about Australia who finished their T20 World Cup campaign as runner-up in 2010 and as semi-finalists in 2007 and 2012. But they have failed to enjoy the final glory. Now they […]
By Tushar Sat, 2 Nov 2019 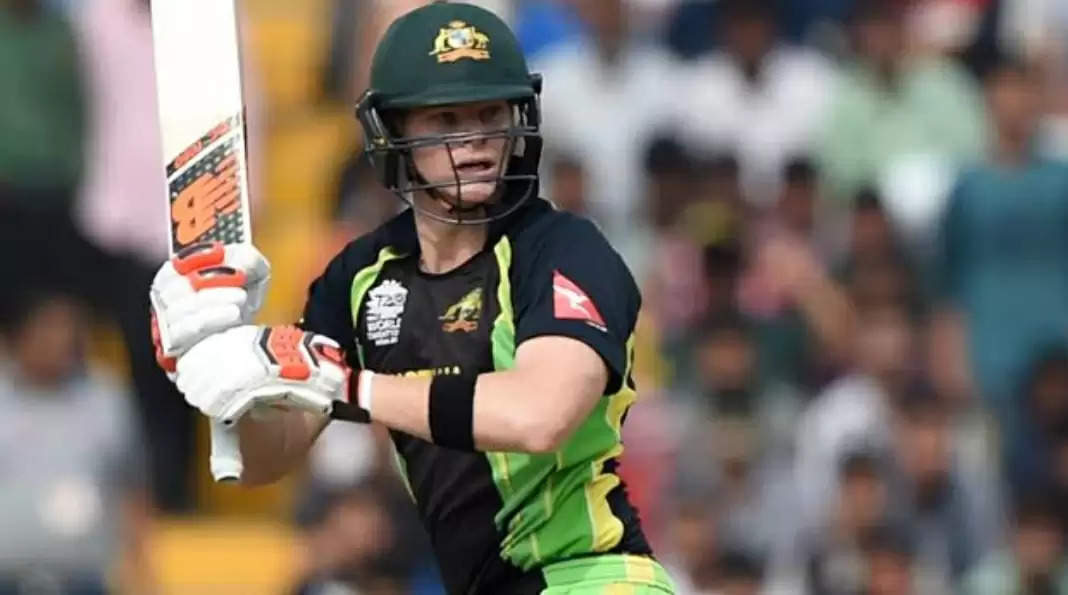 They have five World Cup trophies in their cabinet, all in the One-Day format, but none in T20 cricket. Yes, we are talking about Australia who finished their T20 World Cup campaign as runner-up in 2010 and as semi-finalists in 2007 and 2012. But they have failed to enjoy the final glory. Now they intend to win the T20 World Cup 2020 in their backyard, under the leadership of Aaron Finch (captain) and Justin Langer (head coach). Finch led Melbourne Renegades to title triumph in BBL 2019, while Langer played a humongous role in making Perth Scorchers the most successful team in the Big Bash League.

The Australian captain along with the coach understand T20 cricket very well. The Aussies have the home advantage and a bunch of players suitable for the conditions. They initiated their preparations for the mega event with a bang, clean sweeping Sri Lanka in a three-match T20 segment. Now they are set to play another series consisting of three T20Is against Pakistan with a full-strength squad.

Whilst the hosts will be looking to find the best possible combination, Pakistan are going through a horrific time. They did not win many games this year, including a group-stage exit from the World Cup 2019. The poor form of Sarfaraz Ahmed with the bat and his poor decisions as captain led to his sacking from the captaincy. Now they are set for a tough tour of Australia under Babar Azam’s first stint as skipper at the international level.

Keeping T20 World Cup 2020 in the view, the Misbah-ul-Haq-led selection committee has picked a few fresh faces in the squad with some surprise picks as well. The morale in the Pakistan camp won’t be too high, as they lost to a relatively weaker Sri Lankan side at home, despite being number one in ICC rankings in this format. The coach Misbah admitted that there are a few surprise packages, and is confident that the youngsters will live up to the expectations.

In this article, we have featured four players to watch out for in this T20 series:

The selection of Usman Qadir in Pakistan’s squad for this T20 series got a lot of limelight. Misbah-ul-Haq, the chief selector and head coach of Pakistan, also termed Qadir’s selection as the top controversial selection among all. The reason is an earlier comment of Qadir, expressing his wish to play for Australia instead of Pakistan. Usman failed to make an impression in Pakistan’s domestic circuit and did not get an opportunity to represent the country at the highest level.

Thus, the 26-year-old decided to move to Australia, and give wings to his cricketing career there – his main target being the T20 World Cup 2020. Qadir has represented Western Australia in List A cricket, and later got a chance to play for Perth Scorchers in the Big Bash League. He knows a thing or two about the pitches in different grounds of Australia, especially the stadium at Perth where the last match of this series will be held. Since the leg-spinner has an experience of playing in Australia and against Australian batsmen in the BBL, this move by Misbah can also be considered a tactical move.

Qadir has a quick-arm speed, and it is not very easy to pick him. Even if a batsman manages to pick him, his speed does not give enough time to the batsman to make the adjustment. Qadir gets extra bounce from the bouncy decks of Australia and has an ample number of variations in his armoury. In the shortest format, Qadir has scalped 22 wickets with an economy of under seven. Coming to his performance in the BBL, Qadir snared six wickets in seven games, not with very imposing figures.

He also played in Pakistan’s domestic T20 tournament – National T20 Cup recently. Playing for Central Punjab Pakistan, Usman picked up five wickets in four matches. Pakistan are also searching a back-up option for Shadab Khan, as he has looked out of sorts recently. However, Shadab picked up three wickets in the practice match against Cricket Australia XI and bagged ‘Player of the Match’ award. It will be interesting to see whether Qadir gets a game in this series or not.

As of now, the opening combination of Pakistan revolves mainly around Babar Azam and Fakhar Zaman in the shortest format. Whilst Babar has played his role superbly, Fakhar hasn’t been up to the mark. In his T20I career of 32 games, the southpaw averages 24.32 with a strike rate of over 138. Although his strike rate is good, he scores mere 24 runs per innings. Zaman needs to work on his consistency, to give solid starts to his side along with Babar.

Fakhar is that kind of batsman who likes to bat on the decks on which the ball comes nicely on the bat. Since he has played mostly in U.A.E. and Pakistan, where the decks are generally slow, his ordinary record is understandable to an extent. Now Pakistan are set to play in Australia, where the pitches are fast and flat and will suit Zaman’s game-play.

Zaman has failed to cross the 25-run mark in his previous ten T20I innings, with his last 25+ score coming against Australia in October 2018. His two out of four fifties in the shortest format are against Australia, which he scored in a tri-series in Zimbabwe. Zaman bagged two ‘Man of the Match’ awards against Australia in that series and was also presented with ‘Player of the Series’ award.

Chasing a target of 135 runs in the practice game against Cricket Australia XI, Zaman played a handy knock of 43 runs, although with a modest strike rate of about 110. Since the 29-year-old has not been at his best in recent times, this series will be a vital one for his career. Fakhar would be keen to make an impact in this series, as the next T20 World Cup is in Australia.

The selection of Steve Smith in the T20 squad of Australia raised many questions. It’s understandable because the kind of the batsman he is in the shortest format. In his T20 career of 179 matches, Smith averages just above 30 with a mediocre strike rate of less than 125. Although he has featured in 179 T20s, the number falls to 33 in the international T20 cricket despite making his T20I debut in 2010.

The question arises – what value does the right-handed batsman add to his side in T20 cricket? It depends a lot on the pitch and the game situation. If the deck is a true T20 pitch (flat) and openers have fired, the team won’t need Smith. However, the team will require Smith to step up, in case the deck is not the best suited to play the extravagant shots and others have an off day.

Smith can play as an anchor but should not play too slow. According to CricViz, he scored roughly 21 runs in his first twenty balls, in the last two years before the previous series against Sri Lanka. Smith can afford to play safe but needs to find boundaries at regular intervals. Among all the batsmen who have scored minimum 2000 runs in the IPL, Smith has the third-lowest and the fourth-lowest number of fours and sixes respectively.

In an interview with ESPNcricinfo, Justin Langer told that he is confident of Smith’s success in T20 cricket. The head coach of Australia believes that Smith is very good at solving problems, and will succeed in T20s by doing the same. The statements of Langer are enough to clarify that Australia are looking to stick with Smith in T20Is, and he is very much in their plans for the next T20 World Cup.

The Sydney-born displayed his intent in the second match of the T20 series against Sri Lanka. Aaron Finch was back to the hut with no runs on the board, and Smith ensured that his team utilize the Powerplay to the fullest. He scored 17 runs in his first ten balls; reached 26 (17) at the end of Powerplay and 45 (29) after ten overs. He remained not out at the score of 53 runs consuming just thirty-six balls.

Australia have better T20 batsmen than Smith in their ranks, but they have opted for Smith. His ability to perform in big games and his game-play against spinners make his case stronger. It will be better for Smith himself and Australia as well that he carries on his positive intent in the future.

Ashton Turner, a batting all-rounder, is a fine prospect for Australia in white-ball cricket. Australia don’t have many middle-order options in the shortest format, who are as good as Turner. Ashton is an attacking middle-order batsman and an accomplished finisher as well. The 26-year-old is a tall batsman, capable of hitting effortless sixes. And, his best comes out while chasing a target. Ask people who have followed the Big Bash League in the recent years.

Turner came in the spotlight for the first time at the international stage, when he played a match-winning knock of 84 runs off just 43 balls, in a record chase of 359 runs against India. In the second match of his ODI career, Turner came as a surprise package for the Indian team and did the “impossible”.

Turner was once considered as a bit-and-pieces player in the Australian circuit. But he worked on his batting during a shoulder-injury, when he was not allowed to bowl. Currently, in the BBL, the right-handed batsmen is arguably the best batsman in the slog overs. In the last two seasons of the BBL, he has been the best batsman of his team – Perth Scorchers, despite being a middle-order bat. Since BBL 2018, Turner has accumulated 630 runs with an average of 31.50 and a whopping strike rate of 143.18.

In a T20 side like Australia which boast of Finch, Warner and Maxwell in their top four, Turner becomes an important asset, given his finishing skills. Although the Perth-born has not piled a truckload of runs, he should not be under-estimated. A middle-order batsman in the limited-overs cricket, especially in T20s, should be rated based on his ability to have an impact on a match. And, Turner is an impact player, capable of turning a match in his team’s favour in a matter of few overs.

Ashton is also an off-spinner and adds much-needed balance in the team. Although his bowling skills can’t be trusted much on the flat decks of Australia, he can roll-over his arm if required. Turner did not get enough chances in the series against Sri Lanka as he faced just sixteen deliveries in the entire series. Now he would be hoping to get enough game time in the series against Pakistan to showcase his talent.