India vs Bangladesh, 1st Test Preview: India look to continue their dominance in the longest format

India vs Bangladesh 1st Test Preview: It’s a pretty short turnaround time between the T20Is and the Test series. A little more than three days after narrowly losing the T20I series, Bangladesh will be on their quest to challenge India in the longest format. It is the first time they’re playing a Test series (more […]
By Sahil Jain Wed, 13 Nov 2019 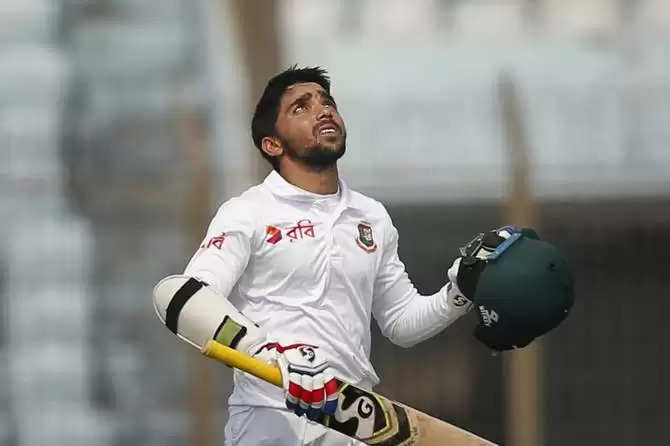 India vs Bangladesh 1st Test Preview: It’s a pretty short turnaround time between the T20Is and the Test series. A little more than three days after narrowly losing the T20I series, Bangladesh will be on their quest to challenge India in the longest format. It is the first time they’re playing a Test series (more than one Test) in India and the first anywhere since January 2010.

All the focus seems to be on the second Test which will be a historic Day-Night encounter at the Eden Gardens in Kolkata. Be it the Indian Test regulars or their Bangladeshi counterparts, everyone seems to be talking only about that and the challenges that they’ll face against the pink ball. Even Ajinkya Rahane’s press-conference two days prior to the first Test was flooded with questions about the pink ball. However, before that, they have a stop at Indore which is hosting only its second Test.

It is India’s third assignment in the World Test Championship (WTC) while it is Bangladesh’s first. The Virat Kohli-led Indian team is already soaring sky-high after their crushing wins over West Indies and South Africa. They are well ahead in the WTC race with 240 points.

The fast bowlers have had a major say in where India stand at the moment. Ravi Shastri’s comment of taking the pitch out of the equation, irrespective of the venue is because of India’s multi-dimensional attack. While they still boast of two wicket-taking spinners in Ravindra Jadeja and Ravichandran Ashwin, the pacers aren’t too behind either. Mohammed Shami, Umesh Yadav and Ishant Sharma rattled the South African side and were instrumental in India’s 3-0 win.

The batsmen went about their business as usual. Barring Cheteshwar Pujara, everyone in the top five got hundreds in that series against South Africa. It was Rohit Sharma’s first series as a Test opener and he came out with flying colours. Mayank Agarwal scored a couple of hundreds, Ajinkya Rahane’s return to form on home soil is a good sign as well while Kohli continued to pile on the runs.

Thus, with the batting doing well and the pitch in Indore indicative of assisting the fast bowlers at the start, India may continue with their five-bowler theory and go in with all their three pacers in the squad.

On the other hand, Bangladesh will once again be without their big names. While Tamim Iqbal is on paternity leave, Shakib Al Hasan is banned. There was much written about their absence and how it would affect them in the T20I series. But they responded really well and showed that they can do well without their big stars as well.

Bangladesh haven’t had the best of times in the longest format. This will only be their fourth Test match of the years and so far, they’ve lost each one of them. They lost both their Tests in New Zealand earlier in March but the loss against Afghanistan at home a couple of months back will hurt a lot more.

The batting has been the issue for the Tigers. Only Mominul Haque scored a fifty in that game against Afghanistan and Mosaddek Hossain was the only other batsman that looked comfortable. Moreover, Mominul will also be taking over as the captain in the absence of Shakib which will only add to the pressure.

Imrul Kayes is back in the Test team after a year. He was omitted for the tour of New Zealand and also, the Test at home against Afghanistan. In Tamim’s absence, he should slot back at the top along with Shadman Islam who has had a decent start to his Test career (234 at an average of 33.43 in four Tests). Mushfiqur Rahim has given up the wicket-keeper’s role in the longest format and thus, Liton Das is all set to take it over and he should slot down the order at No. 6 or 7. Mominul will most likely bat at 3 with the experienced duo of Mushfiqur Rahim and Mahmudullah to follow.

The last time Bangladesh played Test cricket, they went in with an all-spin attack. However, this time, it will be different. They will most likely go in with a two-two combination of pace and spin.

The pace attack is bolstered by the return of Mustafizur Rahman who last played Test cricket in February this year. However, he didn’t look at his best in the T20I series. So, it will be interesting to see if he’s picked in the longest format. Al-Amin Hossain, Abu Jayed and Ebadat Hossain are the other pacers in the squad. They will be effectively competing for one spot if Mustafizur slots in directly. The last time Al-Amin played a Test match was back in 2014. The other two pacers played in New Zealand earlier this year. Meanwhile, Taijul Islam and Mehidy Hasan will be the premier spinners.

In the absence of Tamim and Shakib, the batting does wear a weakened look. They will be put under a severe test against a strong Indian bowling line-up. The top-order will be up against the fierce Indian pace attack and that will be one of the key battles.

India have been on a roll. They haven’t lost a single Test match in 2019. Moreover, they seem nearly invincible at home and have extended their winning streak at home to a record 11 series. There’s no doubt that they will start as overwhelming favourites. Bangladesh have a massive task on their hands and if they manage to win any sort of points in this series, it’ll be huge for them.