IPL 2021: DC vs CSK Qualifier 1 Game Plan – What to do and not do against the Delhi Capitals

On what is expected to be a massive Sunday with the DC vs CSK Qualifier 1, one team will head into the game with a hope of making a two in a row final appearances while the other will be entering the field to prove why they have been one of the most consistent sides […]
By Venkatasubramanian Narasimman Sun, 10 Oct 2021 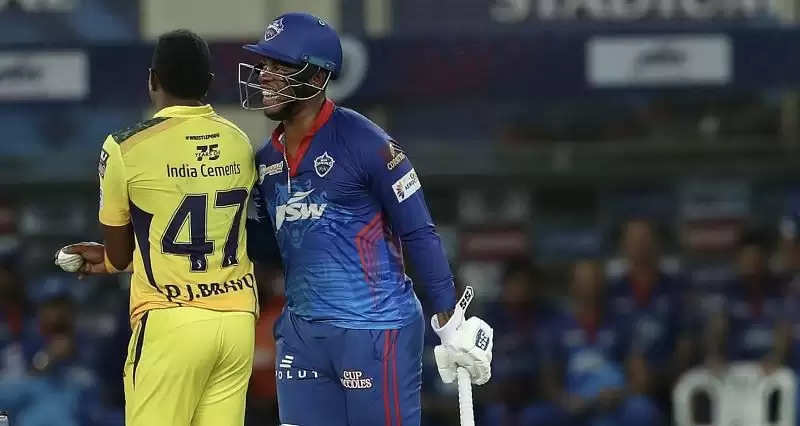 On what is expected to be a massive Sunday with the DC vs CSK Qualifier 1, one team will head into the game with a hope of making a two in a row final appearances while the other will be entering the field to prove why they have been one of the most consistent sides in the history of the Indian Premier League. The contest between these two sides has been a one-sided affair for a couple of seasons now. However, when it comes to a playoff game, it all comes down to who can handle the pressure at the highest level.

The Delhi Capitals this year look like a side that can handle all the pressure and emerge victorious and their position in the points table is an indication of what they are capable of. With Dhawan being in supreme touch at the top of the order along with his partner Prithvi Shaw, followed by a quality anchor in Shreyas Iyer, and two dynamic batters in Rishabh Pant and Shimron Hetmyer, DC seem to have attained the right balance when it comes to their batting lineup.With a right-left combination throughout and with a mix of players who can take on quality spin and high pace, DC have got all bases covered.

With the DC bowling lineup being ruthless, and CSK’s middle-order against quality pace being an area of concern, it is imperative that CSK restrict the Delhi batters to a score that will be in their reach. CSK have also got a potent bowling unit to help them in this cause. New ball bowlers who can swing, hit the deck hard, a middle overs enforcer, a seasoned campaigner at the death who can nail the yorkers, and two spinners who turn the ball either ways, CSK have have quality but lack variety in their bowling attack. Before heading into the game, let us try and construct a bowling plan that can restrict the Delhi batters.

DC vs CSK Qualifier 1 – Dhawan not your usual LHB!

A bowling plan might not be just about how to get a batsman out. It might also tell you information about what to do and what not to do with the second part being critical. In the 120 balls that you get in a game of T20 cricket, if you don’t figure out what not to do and end up trying out different things on the field, you are going to have a tough time as a skipper and as well as a bowling group.

Upfront, DC have their most consistent batter of this season, Shikhar Dhawan. When Dhawan a left-handed batter comes into the crease, the first thing you would think as a captain is to bowl off-spin to an LHB. That is what is widely considered a favorable matchup. That was what Kohli did in the last game by bringing Maxwell against Dhawan with the new ball. Also, that is exactly what you shouldn’t be doing against Dhawan. Don’t bowl off-spin to Dhawan! It just doesn’t work. Dhawan in this season has scored 91 runs off the 76 balls he has faced against right-arm off-spin without being dismissed even once.

You might consider scoring at just over 7 runs an over might not be a great threat. But here is the catch. While Dhawan has played it safe, his partner tees off against off-spin. Dhawan happily gets off the strike and then Shaw takes would make you regret why you brought an off-spinner into the attack in the first place. Shaw has scored 72 runs off 40 balls against off-spin this season getting dismissed only once. While it might seem to be tempting to try and have Moeen Ali have a go at Dhawan, it is highly contradicted by the data that is present. While data suggests that leg-spin against Dhawan and left-arm pace against Shaw can have a positive outcome for the bowling team, CSK lack both kind of players.

Shimron Hetmyer has donned the role of a finisher for Delhi Capitals and has performed the role to perfection this season. For a player who plays mostly in the top order, Hetmyer has acclimatized very well to this new role. In this season, Hetmyer has averaged 41.67 at the death striking at an excellent rate of 186.57. In the previous game against CSK a week ago, Hetmyer played an exceptional knock of 28 off 18 to seal the chase.

With Hetmyer playing an important role for his side which can decide the fate of the game, CSK would know the importance of planning how to bowl to him. Teams haven’t tested Hetmyer much with spin this season. Only 20 out of the 110 balls that he has faced this season has been against spin where he has made  23 runs without getting dismissed. It also has to do with his entry point and the role he has been assigned.

Realistically, Hetmyer would be facing a lot of balls only in the last 5 overs and CSK would want to plan how their pacers execute it well against Hetmyer. While Hetmyer has struck at 183.33 averaging 33 against pace this season, there are certain deliveries that might prove to be helpful against him. Once such delivery is the off cutter. Hetmyer has faced 12 off cutters this season and has made 12 runs off them getting dismissed twice. The yorker has also troubled him where he has faced 8 yorkers making just 6 runs giving his wicket away once.

The first bowler that would come to our mind when we think of bowling a mix of off cutters and yorkers would be Dwayne Bravo. Bravo in this season has bowled 44 off-cutters which is 27.5% of the total deliveries that he has bowled. This has been his most used delivery where he has picked up 3 wickets. Bravo has also perfectly executed his yorkers. He has bowled 18 yorkers at an economy of 4.67. If Bravo can continue his form and execute what he does the best, and with Hetmyer being in great form, it can turn out to be a game-defining face-off.