Rajat Patidar's delightful maximum turned out painful for an old man sitting in the stands at the old Brabourne Stadium.
By Kashish Chadha Fri, 13 May 2022 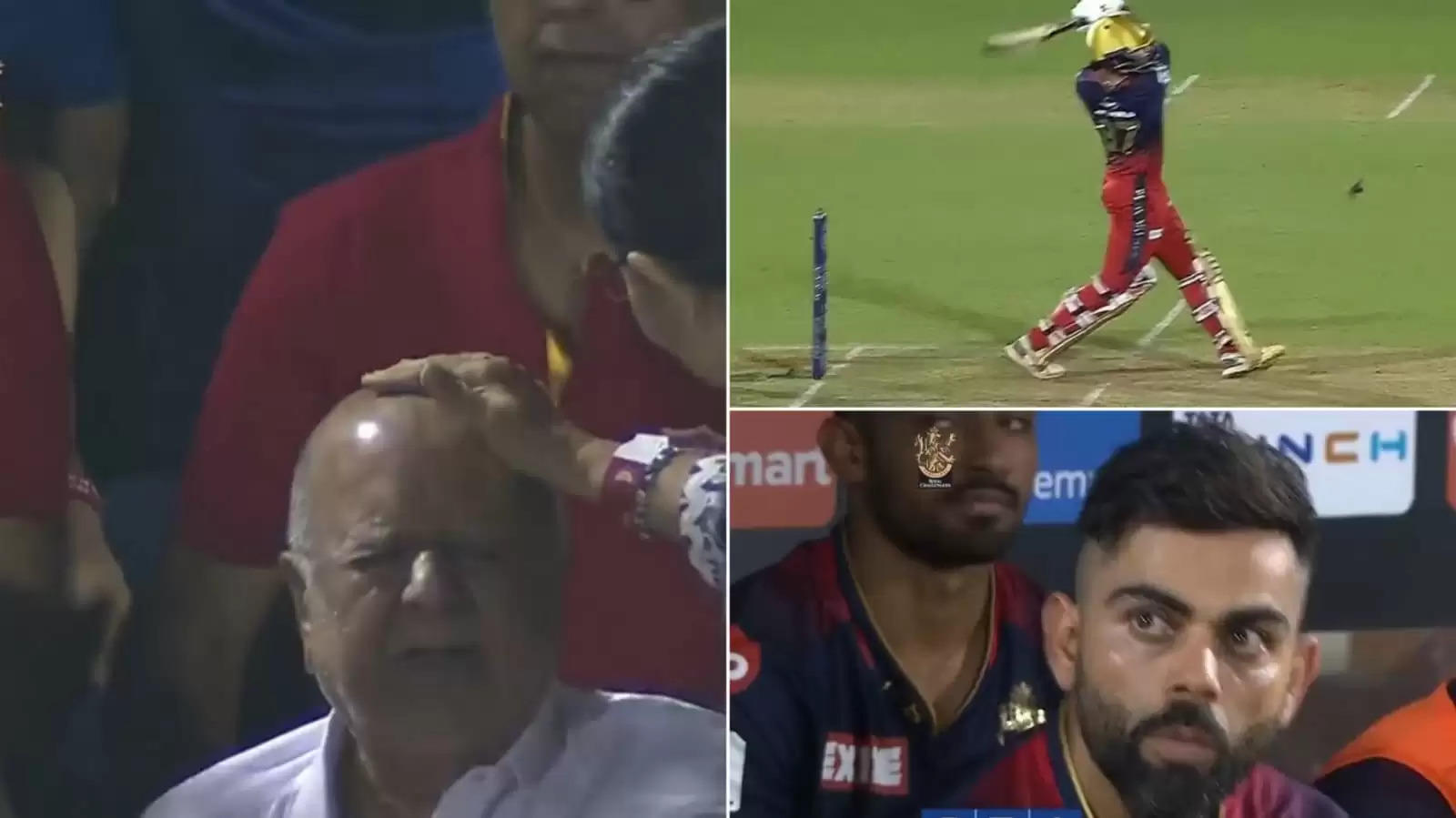 The old man sitting in the stand beside the long-on region was seen in real pain after Rajat Patidar's six hit him on the head.

Uncapped Indian batter Rajat Patidar has been one of the shining lights of the IPL 2022 for Royal Challengers Bangalore (RCB). The Madhya Pradesh right-hand batter has played multiple knocks of great influence for his team, playing a crucial role in their surge towards the playoffs.

Patidar has made 163 runs from his five innings for RCB in the tournament so far, averaging a healthy 32.60 with an impressive strike-rate of 133.60. The 28-year-old has been move up and down the order but he has swiftly adjusted to the demand of each of his roles.

Batting at No.3 on Friday (May 13) against the Punjab Kings (PBKS), however, the rising young talent had a rare failure to his name. He made a promising 26 off 21 but had his innings cut short before it could really prove handy to RCB's cause, striving to overhaul PBKS' daunting 209/9.

Rajat Patidar hit two sixes in his brief stay, one of which recorded a whopping distance of 102 metres from the playing arena and went on to hit a member of the crowd. In an unfortunate incident for the old man sitting in the pavillion, the ball hit him directly on his head.

The six was hit in the back half of the ninth over in RCB's difficult run-chase versus PBKS. Facing left-arm spinner Harpreet Brar, Rajat Patidar found one near his arc and unleashed a giant of a six that sailed right into the stand at the long-on region.

But while Patidar and RCB got the desired six runs added to their tally, the maximum turned out all so painful for an old man sitting in that section of the crowd, as he was seen rubbing his head to try and manage the blow while a lady sitting next to him checked if he is alright.

Soon, Rajat Patidar's promising batting effort was cut short after he was out caught trying to go for one big shot too many, which was still very much in line with RCB's quest to reach the massive 210-run target.