Virat Kohli was left in disbelief over his misfortune after finding another strange means to get out in IPL 2022.
By Kashish Chadha Fri, 13 May 2022 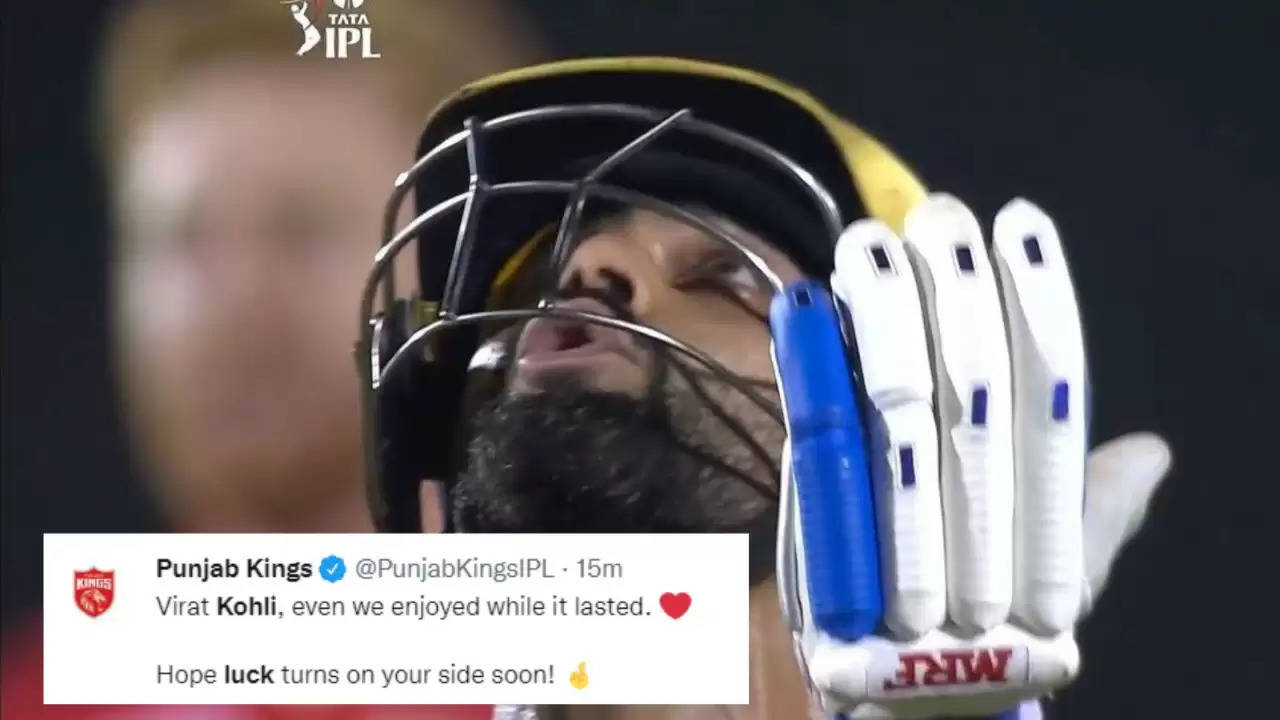 Virat Kohli's poor IPL 2022 continued with a bizarre dismissal in the match against PBKS at Brabourne Stadium.

Battling a tough phase in his playing career, Virat Kohli came out like a wounded tiger for his brief little cameo on Friday (May 13) in IPL 2022 against the Punjab Kings (PBKS).

The former Royal Challengers Bangalore (RCB) skipper looked to take the game back to the opposition on a flat deck in Mumbai in a stiff run-chase of 210. Hoping to maximise the powerplay overs at his end, Kohli struck a 20 of his most impressive runs in the tournament off 14 balls.

But the misfortune followed the great batter even on this occasion, as he found another strange way to get out. His promising batting effort was cut short by an inside edge off an attempted swat that lobbed off his thighs to fall into the hands of the fine-leg fielder.

Virat Kohli was forced to get head down in absolute shock and disbelief, as even though he only got a splice off his willow on the ball, the connection was still good enough for the ball to go straight to the fielder.

Poor Virat Kohli finds another strange way to get out

In his previous game of the tournament, Virat Kohli managed to flick a hit-me down leg ball from left-arm spinner Jagadeesha Suchith to the close-in fielder on the on-side. And now, he got a splice to the fine-leg after clearly trying to open up the off-side against PBKS speedster Kagiso Rabada.

Where Kohli erred perhaps was in moving a little too soon with his attempted stroke over the in-field, giving Rabada an early sighter of his intent. The seamer followed Kohli with the intention to cramp him for room, with his pace denying the batter any chance of last-minute adjustment to his stroke.

Too late in going through with his shot, Kohli got an inside edge that went comfortably into the hands of the fielder.

Initially, Virat Kohli wasn't given out on the field, with the standing umpire failing to sight the edge that the right-hander got. But PBKS got their man once their DRS review unveiled a clear contact with the ball.