Jonny Bairstow survived a controversial DRS review where the third umpire upheld a not out call despite doubts over connection on the willow.
By Kashish Chadha Fri, 13 May 2022 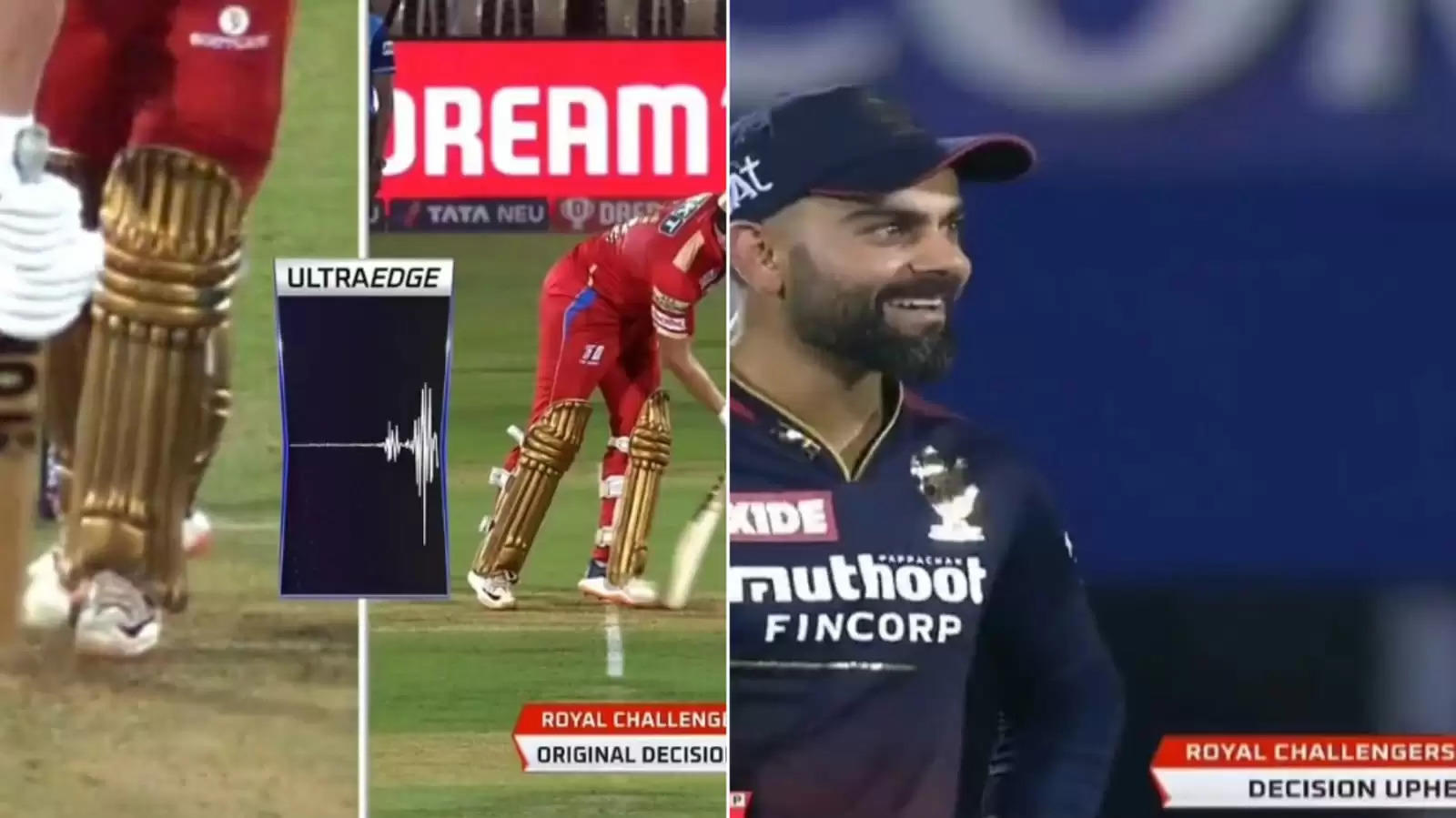 RCB quick Mohammed Siraj was denied an LBW decision against an in-form Jonny Bairstow by the match officials.

Bairstow escaped what looked like a LBW call in the IPL 2022 league match played on Friday (May 13). Facing RCB pacer Mohammed Siraj's full-pitched ball, the English right-hander failed to dig it out while the ball went peerlessly close to his bottom edge on its way to brushing his pads in front of the stumps.

This led the entire RCB fielding unit, including Siraj, to raise a loud LBW appeal. But the on-field umpire stood there unmoved, forcing the side to opt for the DRS. This is when the drama unfolded, as the television officials arguably misread the footage provided to him and allowed Bairstow to continue his innings.

Lucky Jonny Bairstow stayed intact at the crease after the television official felt that the spike seen on the ultra-edge was of the batter's bottom-edge, when in reality it was perhaps off the ball making contact with the surface, evading the willow to thump onto his pads.

The incident and the controversial DRS review were seen on the first ball of the sixth over in RCB's first-innings at the Brabourne Stadium in Mumbai. Jonny Bairstow looked like gone for all money in the real-time action but what saved the batter was how the television official choose to read the review provided by the technology.

While the ball seemingly missed the bottom edge on the right-hander's willow on its way to colliding with his pads, the third umpire felt the murmur that appeared on the ultra-edge is indeed off the bat and not the ball making contact with the turf.

Had that happened, a straightforward LBW dismissal would've seen, forcing Bairstow to make the long walk. Instead, the fortunate batter got four runs added to his and his team's kitty.

The moment the third umpire upheld the on-field call, RCB fans got the social media buzzing with their reactions, making their disappointment absolutely clear.

SACK THE UMPIRES !!
We deserve machines

Was it definitely the bat or was the spike due to the left side of the front pad?

Bb there was also wee nick on the shoe!
There was also daylight bw the bat.
The bat and the shoe were also right next to one another, how do you determine it wasnt the shoe!?
Istg sack all of these phokat ke umpires.

Given that the explosive Jonny Bairstow was batting in supreme touch at the time with an unbeaten 37 off 15 balls, this was a key moment in the game and the one that would've relieved the PBKS dug-out, playing a must-win league game against RCB.