The Indian captain clarified his stance on playing T20Is for India after weeks of speculations that he may have played his last game in the format.
By Kashish Chadha Tue, 10 Jan 2023 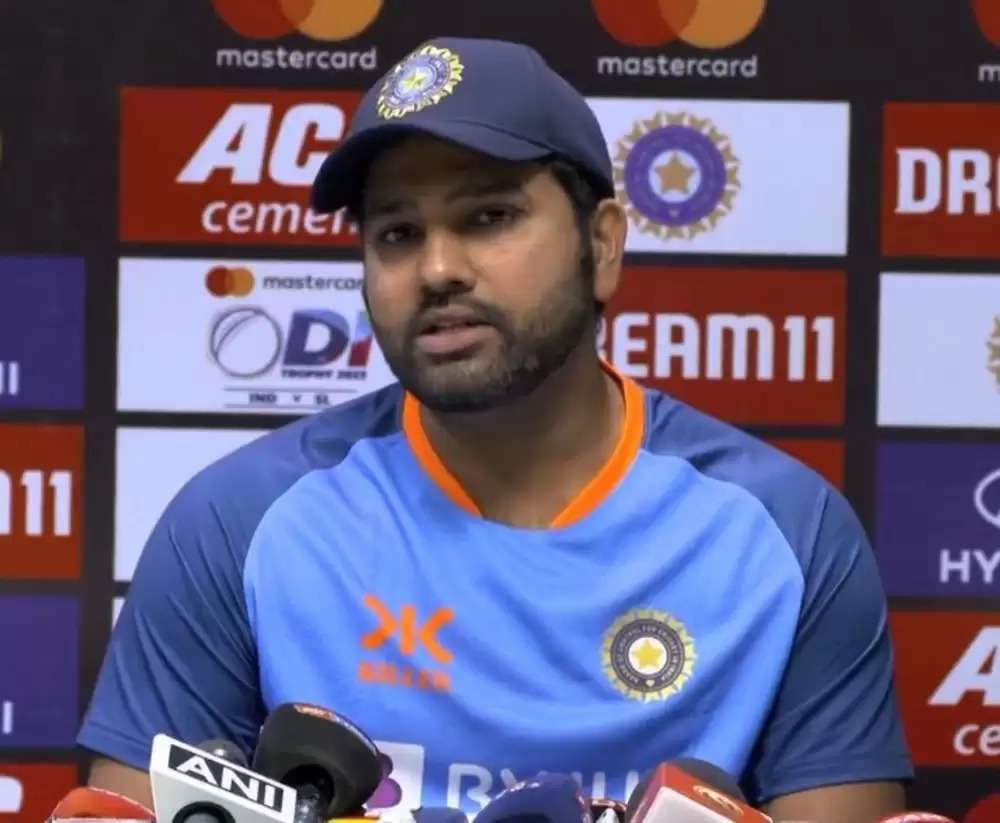 Rohit Sharma cleared the air on his future in T20Is for India, stating he isn't giving up the format just yet. The Indian captain agreed it's difficult for him to play all three formats consistently, but also confirmed that he is very much available for selection in the shortest format.

Speaking to the press ahead of the first ODI against Sri Lanka scheduled on Tuesday (January 10) in Guwahati, Rohit said the decision for him to skip the T20Is versus the neighbours last week was taken to fully recuperate from a thumb injury and to manage his workload in a season headlined by the Border-Gavaskar Trophy in February-March.

Even Rohit's experienced teammate and captaincy predecessor Virat Kohli wasn't part of the T20I squad, leading to queries if it is the end of the road for the two stalwarts in the shortest format.

The Indian captain, however, stressed at his end that the possibility of him returning to T20Is is still on, albeit he hinted he could be rested from New Zealand T20Is, too, alongside Kohli, from whom a word on his T20I future is awaited.

"It was made clear in the past that it's a 50-over World Cup year, and for some of the guys, it's not possible to play all formats," Rohit Sharma told the press. "If you look at the schedule, the matches are back to back. So looking at some of the players' workloads, we wanted to give them a break. And I also fall into that category."

"We have only six T20Is, three [against Sri Lanka] are over and we have three against New Zealand. So we will look after those boys till we get to the IPL, and see what happens after that. But certainly, I have not decided to give up the format," he added.

Reports are, though, that the BCCI and the selectors are unlikely to consider Rohit and Kohli for T20Is. The two players haven't played the format since the end of the T20 World Cup 2022 in Australia, which could turn out to be their last assignment in the format. Even though they remain available for selection, Indian Express reported, the two players will not be picked for T20Is from here onwards.

"It is understood that the duo have made themselves available for selection in the format, but it’s learnt that they will be persuaded to rethink their T20 future," the report mentioned. "The matter will also be up for discussion when Chetan Sharma’s new look selection panel meets in the coming days."

"With the next T20 World Cup only in 2024, the BCCI chose to give opportunities to the youngsters. Moreover, with the 50-overs World Cup coming up in October-November, it wanted to manage the workload of the senior players as the selectors were told to go with a new bunch of players," he added.