The Pakistan wicketkeeper-batter executed a falling scoop even as a bouncer from New Zealand seamer Lockie Ferguson disturbed his balance.
By Kashish Chadha Tue, 10 Jan 2023 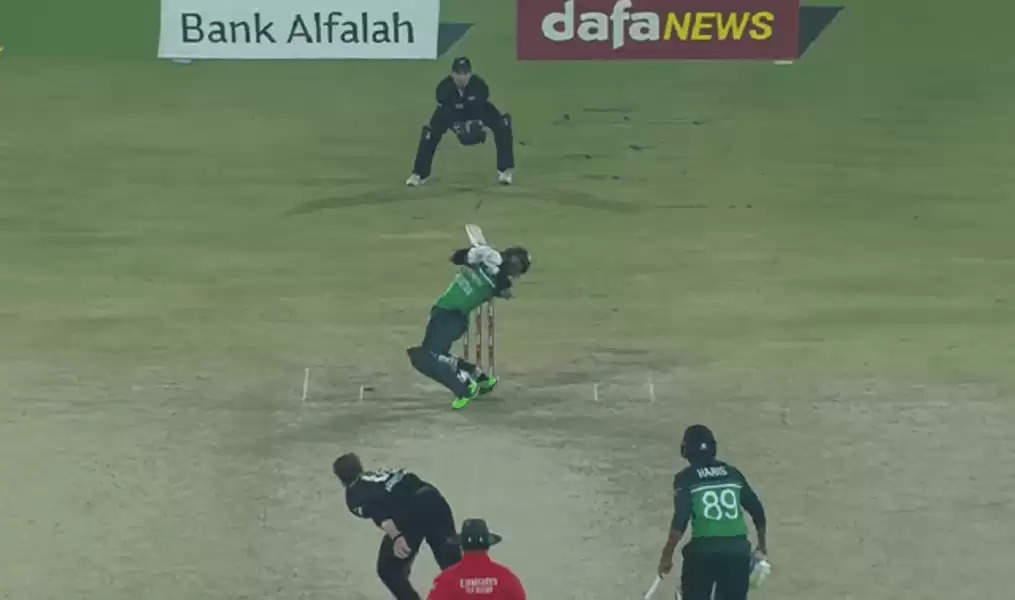 Mohammad Rizwan showcased his hand-eye coordination with a falling scoop that somehow still fetched him a boundary.

The Pakistan wicketkeeper-batter collapsed while attempting an upper cut but managed to send the ball for a four during the first ODI of the series against New Zealand in Karachi.

Facing Kiwi right-arm pacer Lockie Ferguson's short-pitched delivery that cramped him for room, Rizwan raised his bat to try and execute a Tendulkaresque uppercut. But the short-statured cricketer collapsed just a bit in his stance.

However, he kept his bat afloat in the air, which meant just about enough connection and elevation to get the ball over the wicketkeeper and past the deep-third fielder for a boundary. It was a well thought out stroke but one that Rizwan found himself in a tangle with due to a late inward movement.

The shot was on display on the fifth ball of the 44th over in the Pakistani run-chase. Facing Ferguson, New Zealand's quickest seamer, Mohammad Rizwan hoped for one that rises off the turf and gives him enough speed on the bat to get it over the keeper for a boundary.

As it happened, though, the delivery not only moved off the surface but got stuck for a millisecond extra to deny Rizwan his desired timing and the angle to perfect the shot. He still managed to get it over Kiwi glover Tom Latham and past deep fine-leg fielder Tim Southee for four more runs to his and Pakistan's kitty.

Rizwan collapsed in his stance because the angle of the delivery disturbed his balance. However, still found the optimum connection to get the ball sailing for four more and take his tally to 57* off 72 in a brilliant innings that helped Pakistan propel through in a tricky run-chase, aiming for 256.

The knock of 77 not out is what Rizwan needed after being dropped from Pakistan's Test playing XI, needing to reinforce his standing as his team's preferred man for the job in the white-ball arena, especially in ODIs in what happens to be a World Cup year.