The Central Punjab wristspinner made instant impression by getting rid of one of the game's finest players of spin with a top ball.
By Kashish Chadha Mon, 9 Jan 2023 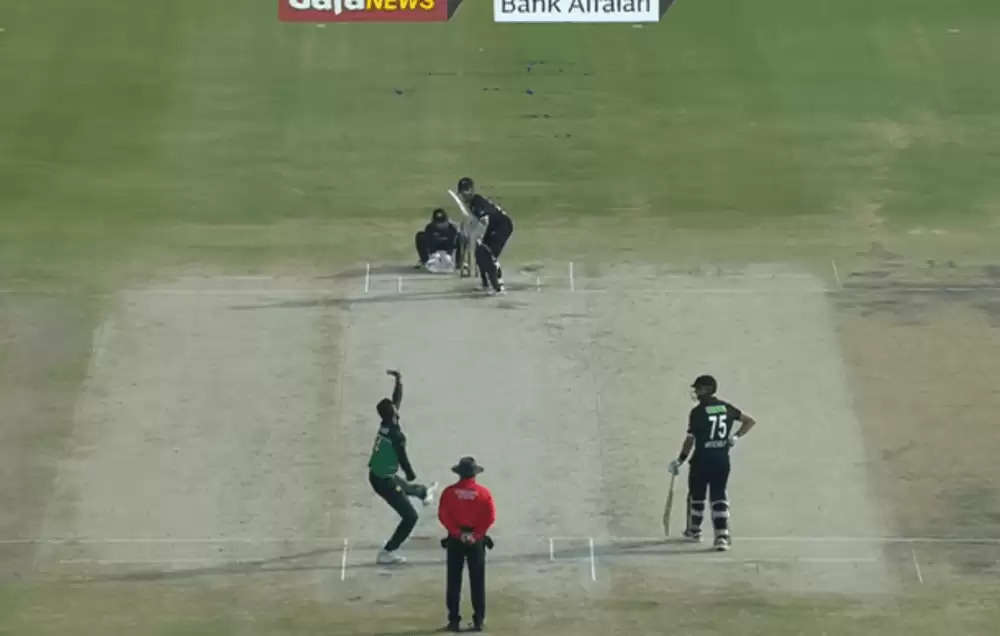 Pakistan continues to be a factory of raw young talent making their mark at the international stage. In the latest, their debutant wristspinner Usama Mir made an instant impression by getting rid of New Zealand captain and modern-day batting great Kane Williamson.

Mir got Williamson out with a peach of a delivery in the first ODI of the three-match series in Karachi on Monday (January 9) just when Williamson was beginning to set himself up for a long haul.

Playing for the one that he believed would come in with the angle from over-the-wicket angle, Williamson was befuddled by one that turned ever so sharply upon pitching and crashed onto his stumps by evading the outside edge.

It was among the most prized scalps that Usama Mir could've asked for as his first international wicket, with Williamson, one of the best players of spin in world cricket, made to look clueless by the youngster on his ODI debut.

Usama Mir gets Williamson with a beauty

The dismissal was seen on the second ball of the 15th over in New Zealand's first-innings batting effort. Taking on Usama Mir from the conventional over-the-wicket angle, Williamson got his bat dead-straight in line for a delivery he anticipated to cramp him on the leg-stump.

To his shock and disbelief, however, the ball turned extremely sharply after pitching and dislodged the stumps behind him. Even as Williamson seemingly covered for the line of the ball, he was done in by the dip and the turn that Mir extracted.

It was a memorable scalp for the youngster, who wouldn't even have played if not for the injury to Pakistan's lead wristspinner Shadab Khan. With Shadab unfit, Pakistan's interim chief selector Shahid Afridi drafted Usama Mir into the squad after an impressive List A season with the ball.

Playing for Central Punjab, Mir picked up 28 wickets from just 11 matches for the season, averaging 17.96 with an economy rate of 5.38 with two five-wicket hauls to his name. The 27-year-old has an overall List A tally of 63 scalps from 40 matches at 28.49 apiece.