The Indian skipper says, however, there wouldn't be any "risk" taken with his ace bowler's persistent back problem and that he won't be rushed to the park.
By Kashish Chadha Wed, 25 Jan 2023 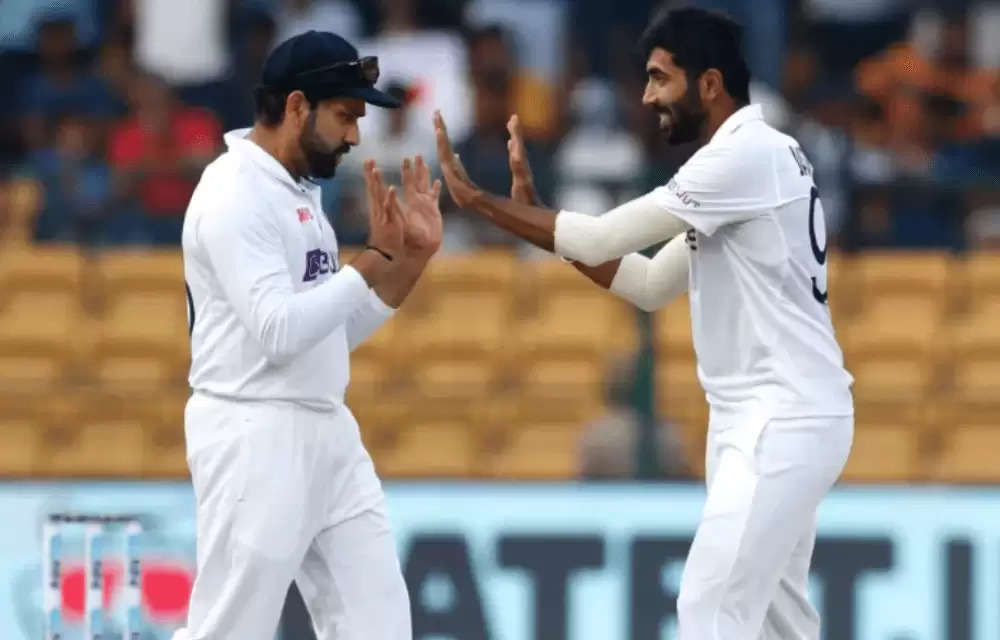 Rohit Sharma is hopeful of Jasprit Bumrah regaining full fitness from an elongated back issue for the final two Tests of the Border-Gavaskar Trophy. The pair of fixtures in Dharamshala and Ahmedabad being five weeks away is giving the Indian skipper a sense of optimism to have his ace spearhead back.

Bumrah hasn't been picked in the squad for the first two Tests in Nagpur and Delhi as the selectors have given him extra time to recuperate from a longstanding problem faced by the unorthodox right-arm seamer, who hasn't played for India since September and missed the men's T20 World Cup in Australia.

Notably, the 29-year-old was given a late inclusion into the ODI series at the start of the year against Sri Lanka but resurfacing of stress on his back forced the team management to resend Bumrah to the NCA to continue his rehab - which suggested extra care on the part of the decision-makers, having previously faltered and perhaps rushed him from a rehabilitation programme.

Speaking to the press after India's win in the third ODI against New Zealand in Indore on Tuesday (January 24), Rohit Sharma said there will no repeat of the same as the management is in no mood to take a "risk" with Jasprit Bumrah. Thus, while hoping for his ace bowler's comeback, the Indian captain said he wouldn't be rushed into playing.

"I’m hoping that he plays the last two Test matches but again we don’t want to take any risk with him," Rohit said at the post-match press conference following India's 3-0 ODI series triumph.

"Back injuries are always critical. We have got a lot of cricket coming up after that as well, we will see, we will monitor. We are in constant touch with doctors and physios at NCA (National Cricket Academy) and are constantly hearing from them," he added.

Rohit's words conveyed a sense of worry that India carry around Jasprit Bumrah's fitness. The decision-makers would be extensively wary of a scenario, wherein he comes back undercooked from his back issue again and aggravates the problem as it happened when he was picked for the home T20Is versus Australia and South Africa and ultimately got ruled out of a marquee event.

That's the last thing Rohit and head coach Rahul Dravid would want in a year they build-up towards the World Test Championship (WTC) final in June and the ODI World Cup at home in October-November.