Ryan Burl made his own claim to bag the catch of the tournament with a superlative grab at MCG.
By Kashish Chadha Sun, 6 Nov 2022 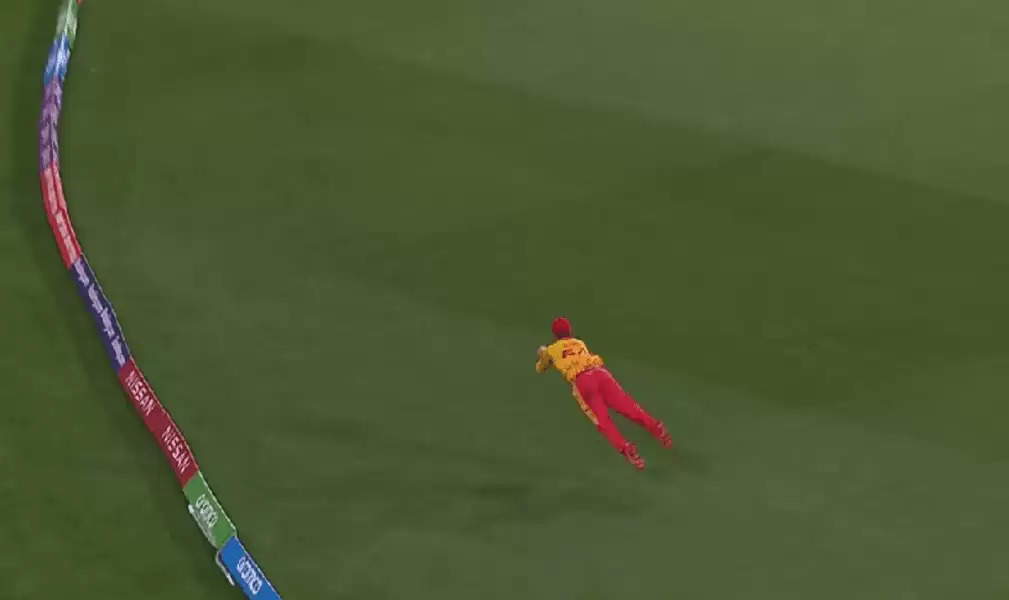 Zimbabwean spinner Ryan Burl showed off his brilliance in the field in his team's final Super 12s game of the T20 World Cup against India on Sunday (November 6). Burl took a diving catch in the deep mid-wicket region to help his team dismiss the dangerous Rishabh Pant.

Even as Pant absolutely hammered left-arm spinner Sean Williams to the leg-side boundary, he was made to do the long walk back to the pavillion because of an excellent catch that Burl took full-stretched with both his feat in the air.

The left-hander dispatched Williams with the angle for what looked like a definite six when the stroke was connected. But only moments later, his smile turned into despair as Ryan Burl entered the race to bag the catch of the tournament award.

Rishabh Pant was left dismayed by what had transpired. While the batter absolutely screamed the ball from the meaty part of his willow, it still went to the hands of Burl, who ran to cover the distance and stretched to make an outstanding grab in the outfield.

The catch was on display at the halfway mark of the 14th over in the Indian first-innings batting effort. Facing Williams ill-executed full pitcher, Rishabh Pant gave the ball a full monte towards the deep mid-wicket boundary. The moment the stroke was played, it felt like a certain six off his willow.

But the ball landed into the hands of the athletic Ryan Burl, who covered tremendous ground with super quick speed from the long-on region and dived full-stretched to take one of the catches of the tournament in Australia.

The catch can be seen here.

It was catch that caught everyone's attention for the sheer athleticism it displayed on the part of Burl even as Pant had absolutely smoked it from the middle of the bat.

Burl's catch was a crucial one considering Pant was looking in good touch upon his return to India's playing XI and could've take the game away from Zimbabwe had he managed to bat deep into the contest in the death-overs at MCG.