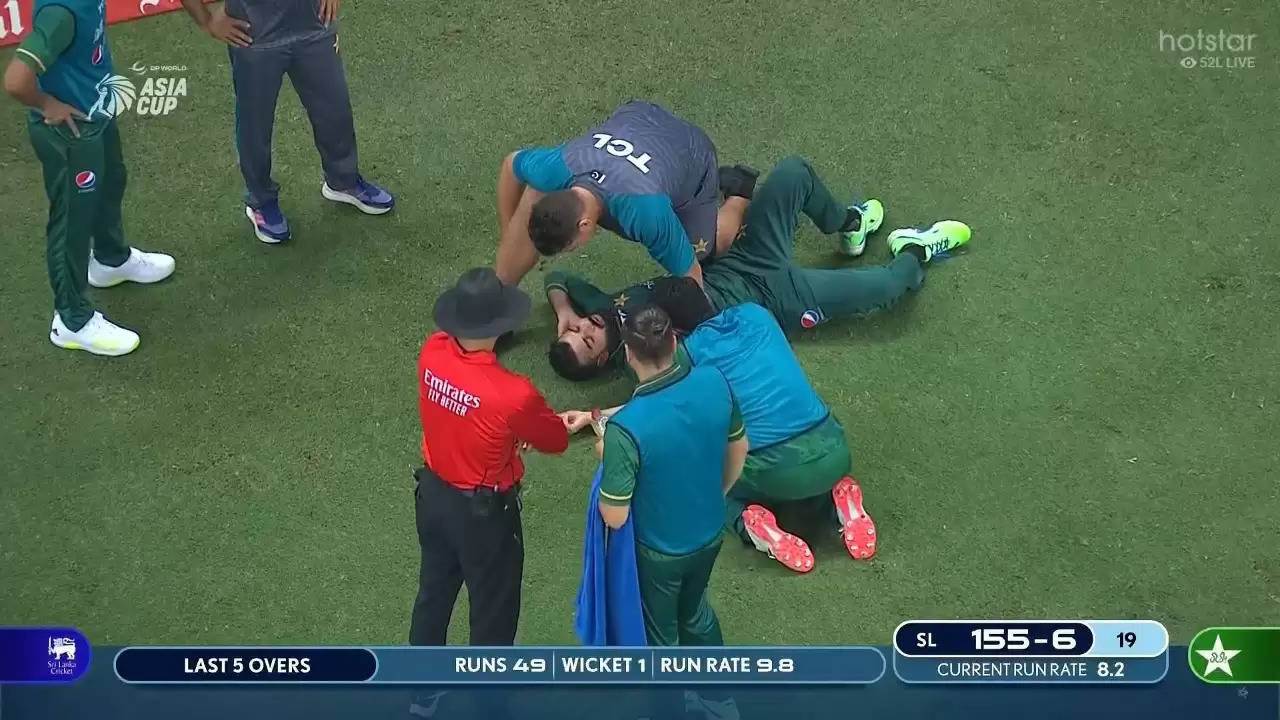 Shadab Khan had a horrible collision with Asif Ali in the middle of the tournament finale.

Pakistan wristspinner Shadab Khan had a bleeding nose after a horrible collision with teammate Asif Ali during the Asia Cup 2022 final in Dubai.

As he went to secure a catch in the outfield, Shadab found himself down in excruciating pain after bumping into Asif who was running in for the grab without either of the two calling 'mine'.

In a school boy error from the two Pakistan international cricketers, neither player saw each other or made sure he let the other know the catch is his own.

In the end, that led to an injury-threat for Shadab Khan who was down on the turf completely as he had to be attended immediately by Pakistan's medical staff.

The worrying incident is from the final ball of the 19th over in the Sri Lankan first-innings batting effort.

The batter got a splice off his willow, which meant the ball curve a little in the air. But it still presented an easy catch towards Asif.

However, just when it seemed that a straightforward dismissal is on the cards, Asif had a diving Shadab Khan colliding into him.

Shadab, who kept ball-watching towards the sky, didn't realise he is about to bump into Asif and find himself badly bruised by the collision.

As it happed, the fielder did go down the turf and couldn't get up, finding himself in evident pain after the blow into his teammate.

He was immediately attended by the Pakistan medical staff, which gave him the required treatment to continue with the game.

At one point, the cricketer was seen holding a towel near his nose, perhaps to tame down the bleeding that he developed from the dangerous blow.

The incident could easily have been avoided had either of the two fielders said 'mine'.