The former skipper reminisced of the times when Pakistan went through an international cricket exile in the aftermath of the 2009 Lahore terrorist attack.
By Kashish Chadha Mon, 14 Nov 2022 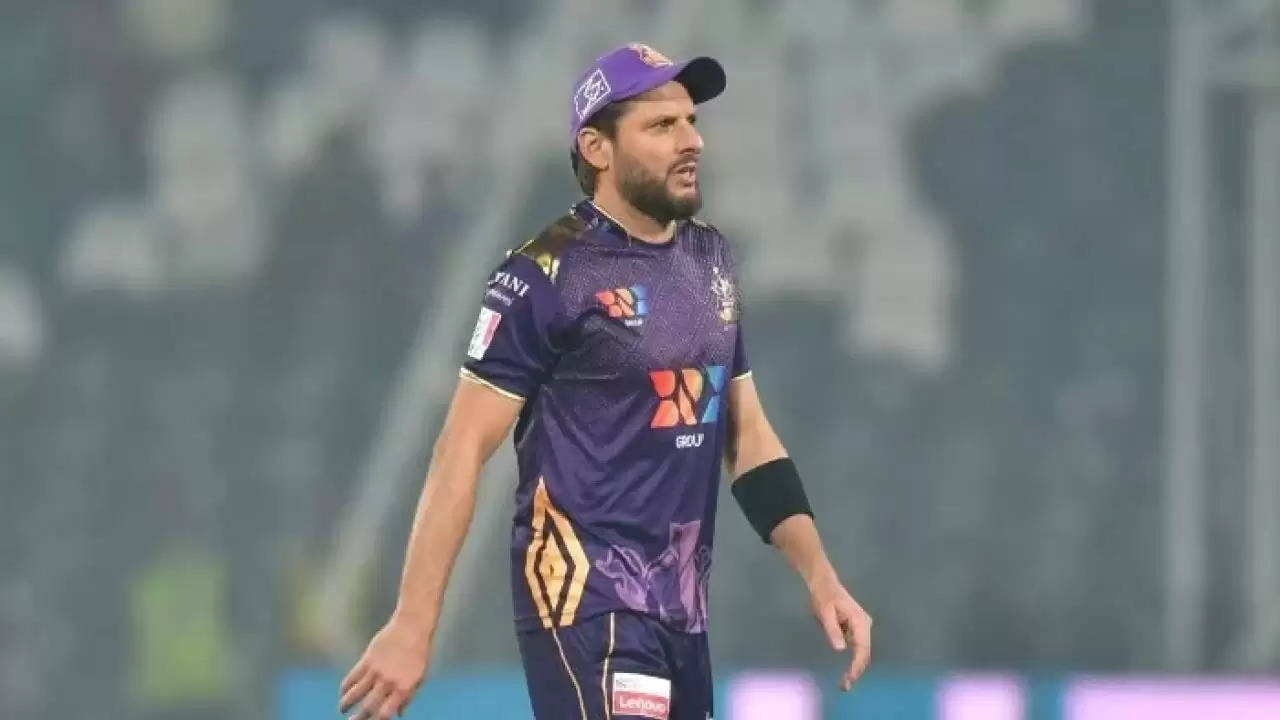 Former skipper Shahid Afridi relished the presence of the national men's side in the final of the T20 World Cup 2022 in Australia to suggest that the dark days for the country's cricket are a thing of the past now.

With Pakistan making the Asia Cup 2022 final, too, Afridi said gone are the days when they had to plead people to come to the country to revive the sport.

Speaking on Pakistan-based 'Samaa TV', Afridi lauded the efforts made by the Pakistan Cricket Board (PCB) and country's government in boosting the security arrangements for the game and ensuring teams are no longer wary of coming to Pakistan for international cricket.

After enduring a ten-year exile in the aftermath of the 2009 Lahore terrorist attacks that targetted a travelling Sri Lankan team bus, Pakistan have been hosting regular dose of bilateral cricket, including Tests against South Africa and Australia in the past two years.

In September, they welcomed England back after 17 long years for a historic seven-match T20I series and will be hosting the three lions in a Test series as well come December in a long season that also includes Tests and white-ball matches against New Zealand. Pakistan are due to also host the 2025 ICC Champions Trophy.

Alongside international cricket, PCB have been successfully organising its premier T20 league the Pakistan Super League (PSL). These are a series of breakthroughs for a nation that continues to battle geo-political indifferences and terrorism, which impacts the cricketing scene as well.

During the time of exile, Afridi said few of the cricket grounds in Pakistan were turned into wedding venues since no international side would agree to come and there could be no domestic cricket held on them either in the off-season.

The former skipper and one of nation's best allround cricketers takes pain in recalling that period but is equally thankful of the current phase, carrying a sense of gratitude towards the PCB authorities and the Pakistan government.

"Our grounds were used as wedding venues. It was a difficult period for Pakistan cricket, we were missing our crowd. The people who have worked to make this happen, have put in a lot of effort. The board, the government. They played an important role," he said.

"We used to convince cricketers outside when we used to go and play in other leagues, county cricket, that through their help we’ll be able to bring (international) cricket back (in Pakistan)."

"When cricket returned, a good message was sent from Pakistan, that we are sports loving nation and that we want to watch and play cricket here," Afridi added.