The UP fast-bowler elated upon his maiden India call-up recalled a difficult period of his career when a heel injury hurt his IPL 2022 campaign.
By Kashish Chadha Mon, 2 Jan 2023 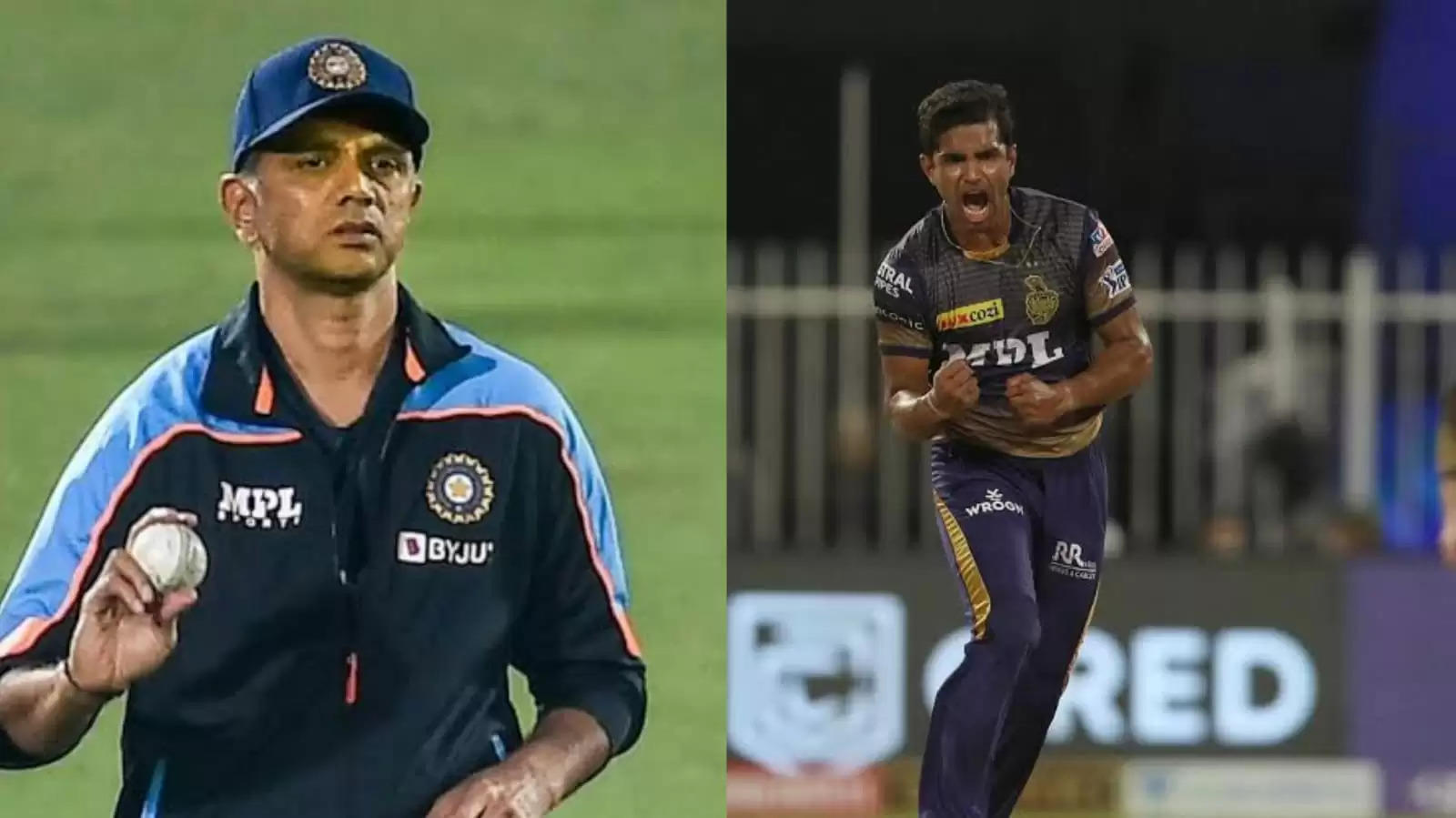 Shivam Mavi was comfortable recalling a difficult period of his career when he went down with an injury in the build-up to the IPL 2022. Suffering a heel injury that affected his performance, Mavi reminisced of the time he was at the NCA in Bangalore and had the fortune to interact with Rahul Dravid.

The Uttar Pradesh right-arm quick acknowledges the role played by the NCA's coaching staff and a healthy piece of advice from Dravid in regaining his fitness and subsequently his best with the ball.

"When I got injured the second time, I was at the NCA and Rahul [Dravid] sir was also there. I was under pressure because of my repeated injuries. That's when I sought him out and asked for his advice," Mavi told ESPNcricinfo.

"He asked me to just keep my entire focus on the field of play. Injuries will come and go, but it is important to stay prepared for all opportunities that come your way."

Mavi has been unfortunate with injuries in what remains still a very young career. One of the brightest spots from India's 2018 U-19 batch with his ability to clock over 140 kmph consistently, Mavi has had a mixed bag of a  journey.

One where he has been recognised by the IPL top-brass, spending his last three years in the Kolkata Knight Riders (KKR) fold but also having to swim over an injury spree, resulting in a negative impact on his rhythm on the field.

Just prior to his U-19 ascent, the 24-year-old was down with a side strain and ACL injury. Then in 2019, not long after his second season with KKR, he suffered a fracture to his back. It could easily have denied him the chance to bowl in IPL 2020 but a Covid-enforced break and delay to the season allowed Mavi to get in.

Over the next two seasons, he build up nice gains due to the regularity of a spot and assurance provided by the KKR think-tank. But then the heel injury talked about above, left him cold heading into IPL 2022.

Mavi, though, understands why his body hasn't always coped up with the pace he wants it to deliver consistently. He takes the example of his former KKR pace mate and Aussie modern-day spearhead Pat Cummins and his journey to explain his case.

"What happens normally is that there's a particular bone there that doesn't develop fully until one is 22 years of age," he said. "We have seen Pat Cummins suffer three stress fractures around the time he was 18-19. When you put excess pressure at that kind of age, injuries are possible."

"I have always been quite mentally strong. What I have learnt all the while is that injuries are part and parcel of the game. It is easy to be positive when things are going your way, but it is more important to stay positive when you are injured. That's all I ever reminded myself of."

The injury to his heel may have impacted Shivam Mavi's performances during IPL 2022 but his eventually overcame its effects and produced a fruitful campaign with UP in the Syed Mushtaq Ali T20. He picked up 10 wickets in seven outings at an economy rate of just 6.44, which resulted in the biggest feat of his life so far: bagging a maiden India call-up to his name.

Picked for the T20Is against Sri Lanka, Mavi says he couldn't believe when he got the call from the selectors and that the time went to a "standstill" as he learnt he is now incredibly close to wearing an India cap in what was a special year-end week for the youngster, who also received an INR 6 crores bid from Gujarat Titans (GT) ahead of IPL 2023.