'Why didn't you play him then?' - Kuldeep Yadav's coach slams Dinesh Karthik after 'favourite' remark

The former Kolkata Knight Riders skipper had called the wristspinner his "favourite" Indian bowler, leading to a question mark on his lack of chances with KKR.
By Kashish Chadha Mon, 2 Jan 2023 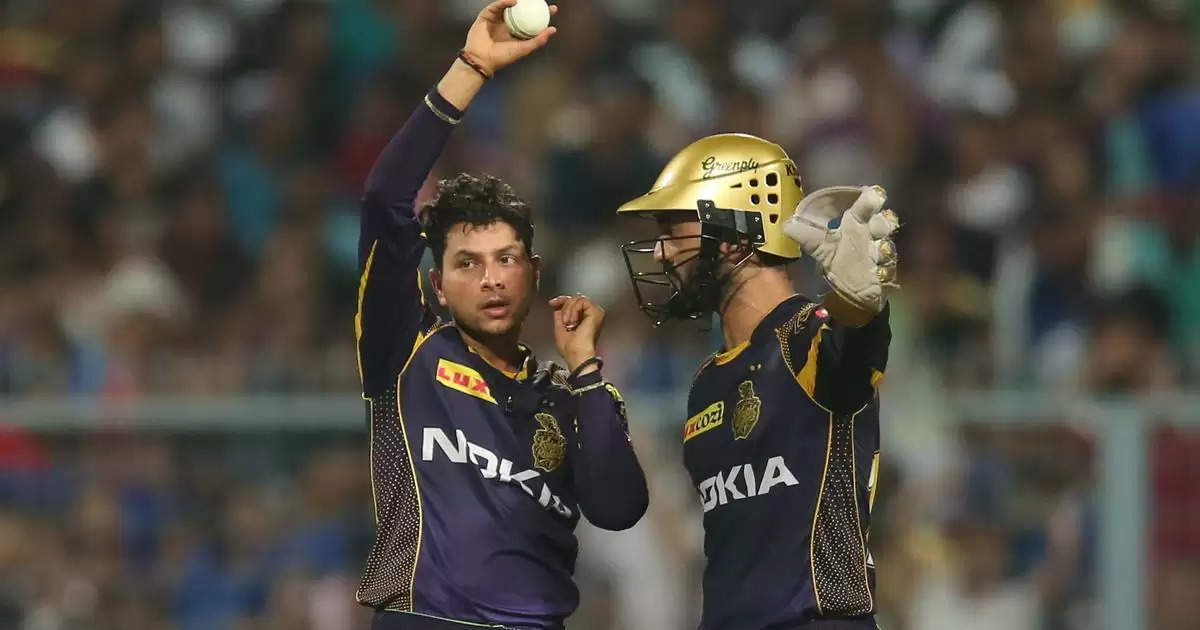 Kuldeep Yadav's childhood coach Kapil Pandey was critical of former Kolkata Knight Riders (KKR) skipper Dinesh Karthik for his remarks on his ward. Pandey slammed Karthik for the comment that Kuldeep is his "favourite" Indian bowler, asking why then did he not offer him more opportunities in the IPL with KKR.

The question has been brewing over the KKR management and the then captain Karthik as the Indian wristspinner showed signs of revival for himself in the IPL 2022. Kuldeep played all 14 matches for Delhi Capitals (DC) earlier in the year and picked up 21 wickets.

That is the same number of matches he played in total over the previous two editions of the IPL for the KKR franchise, with Karthik leading the side till the 2020 season. While Kuldeep Yadav's fall in the pecking order was down to the emergence of Varun Chakravarthy in an attack already featuring Sunil Narine, there is a lingering feeling that more opportunities may have done the 28-year-old a world of good.

Speaking to Sportskeeda, Pandey reinforced these thoughts and asked a question to Karthik, who had called Kuldeep his favourite Indian bowler of the lot.

"When he was with Kolkata and Karthik was the captain, he used to give him just 1-2 overs each game. Now he says that Kuldeep is his favorite Indian bowler," Pandey said.

"Favorite tha to usko khilaaya kyu nahi? Usko khilaate? (If he was your favorite bowler then why didn't you play him?) But that’s okay, that’s past now and I believe the future will be great for Kuldeep."

Despite the idea that lack of chances plagued the growth of Kuldeep, however, the bowler's own role in falling behind Chakravarthy and Narine shouldn't be disregarded. A naturally attacking wristspinner, flighting the ball above the eye-line and landing it near the arc, Kuldeep has often lacked the defensive nous required to withstand rampaging batters in T20 cricket.

In only one of the six IPL seasons that the bowler has taken part in has he conceded less than 8 runs an over. Even in IPL 2022 with the Capitals, Kuldeep was expensive, finishing with an ER of 8.44 and an alarming 33 fours and 22 sixes conceded. Pandey, though, believes his ward has been "neglected" at times.

"He used to be badly neglected in Kolkata, but it has been the complete opposite in Delhi. Rishabh Pant, Ricky Ponting, Shane Watson and others have backed and supported him and that really helped him play freely."

"Ponting told him that he will play all games, and when you hear this as a bowler, your morale gets boosted. Rishabh also backed him in all situations and so he deserves a lot of praise for Kuldeep’s comeback," Pandey added.