Smriti Mandhana smashed the fastest fifty for an Indian woman batter in the semifinal of the CWG T20I.
By Kashish Chadha Sat, 6 Aug 2022 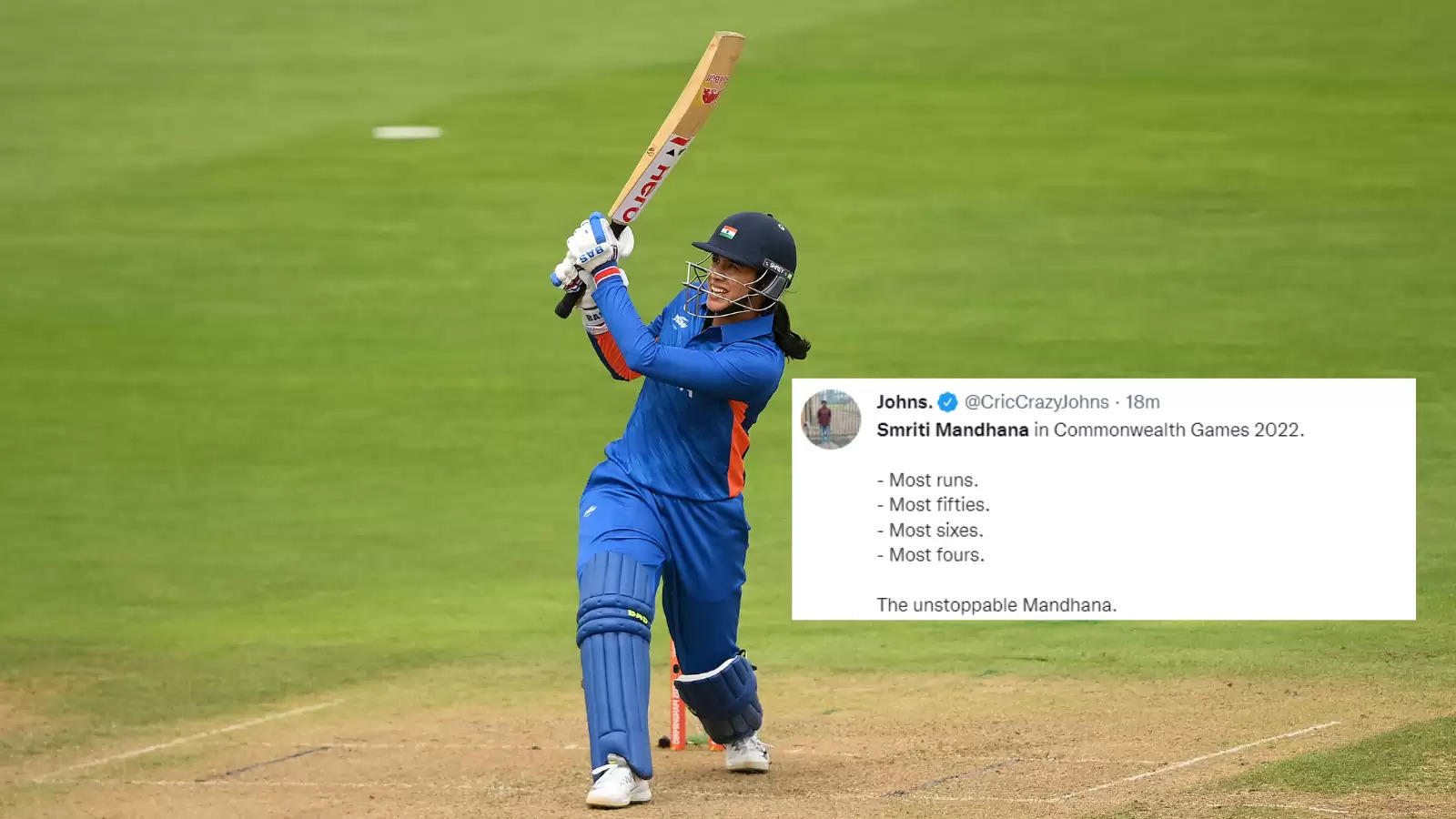 Reaching the milestone in 23 balls, Smriti Mandhana broke her own record for the fastest fifty made by for the Indian women's team.

The left-hander produced a stunning knock, blazing her willow for a 23-ball 50 to record the fastest half-century in the CWG T20I and the fastest ever for the Indian women's team.

The 26-year-old beat her own record for the fastest fifty by an Indian woman, going past her previous quickest half-century made off 24 deliveries against New Zealand in February 2019.

Smriti Mandhana got into her act right from the beginning and dominated the experienced England attack for a terrific knock inside the powerplay restrictions.

Helping India make up for a rare slow start at Shafali Verma's end, Smriti Mandhana struck eight fours and two sixes on her way to a memorable half-century in Edgbaston.

Her knock glint with the most attractive strokeplay, the left-hander exerted great pressure on the English bowlers, hitting them to all parts of the ground.

Despite Verma struggling to hit the ball off the square, the Indian innings reached 64 for 0 at the end of the powerplay, thanks purely to a scintillating assault from Mandhana, who struck inarguably one of her best knocks.

The quality of the effort was there for everyone to see and fans didn't miss the opportunity to laud their favourite Indian women's team batter for the display in Edgbaston.

This is simply brilliant.. extraordinary batting!!!

This is already the best i have seen our opener bat in any of the semi final, On Mission Smriti

Smriti Mandhana all out attacking the opposition.

Smriti Mandhana you beauty!!
What a firey knock that was
Queen for a reason#indwvsengw #CommonwealthGames2022

Apart from holding the record for the fastest and the second fastest half-century, Smriti Mandhana also has the third quickest fifty for an Indian woman batter, having made one of only 25 balls against England in 2018. Standing at fourth in the list at 26 deliveries is Verma, who hasn't got going in the CWG T20I so far.

Mandhana has been a class apart from her teammates in the tournament, having made her 153 runs at an average of 51 while carrying a strike-rate 156.12.