After T20I comeback, Umesh Yadav thanks KKR stint for bringing him back in the spotlight

Umesh Yadav is back in India's T20I side after more than three years for the Australia home series.
By Kashish Chadha Mon, 19 Sep 2022 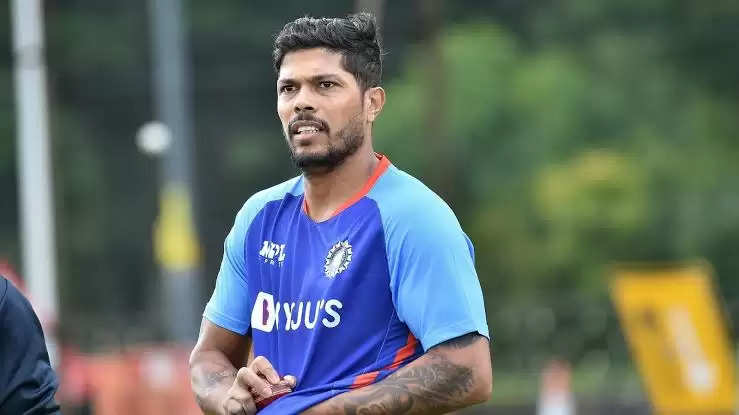 Umesh Yadav had a career revival in white-ball cricket with a fruitful stint with KKR in IPL 2022.

Umesh Yadav is grateful to the Kolkata Knight Riders (KKR) franchise for entrusting him with a bid at this year's edition of the Indian Premier League (IPL) and helping him revive his white-ball career.

The experienced seamer thanked the two-time IPL champions for showing faith in his abilities despite lack of opportunities in the two previous seasons of the IPL.

He believes it is the nod of approval from the KKR think-tank that enabled his India comeback in T20Is as a Covid replacement for Mohammad Shami prior to the home series against Australia, starting Tuesday (September 20).

Speaking to veteran journalist Vimal Kumar on his YouTube channel from Mohali, the venue for the opening T20I, Umesh Yadav said before his KKR stint in IPL 2022 people had forgotten he was also around and available to unleash his fire in limited-overs cricket.

Talking to Kumar, Umesh Yadav said he was working extensively hard in the nets and improving without anyone noticing his efforts before he made his return to the KKR set-up and reignited his dwindling white-ball stocks.

"I did not play any white-ball cricket after playing for RCB in IPL 2020 (only two games). I was doing well, practicing well, but I did not get the chance. Uske pehle kisiko pata hi nehi tha (No one was aware of how I was doing in the nets). Everyone got to see how well I was doing when I got a chance with KKR in IPL 2022. People got to understand that I was not just relaxing in the off season," the 34-year-old said during the interview.

Despite making his debut a decade back in 2012, Umesh has featured in only seven previous T20Is for India. The right-arm pacer played only two matches for Royal Challengers Bangalore (RCB) in IPL 2020 and didn't get a match for Delhi Capitals (DC) in IPL 2021.

The fortunes changed for the seamer when after initially skipping his name, the KKR think-tank bid for Umesh at the IPL 2022 auction at his base prize sum of INR 2 crores. A natural swing bowler, the pacer relished the new-ball duties with KKR inside the powerplay overs. He took 8 wickets in the field restriction phase with an economy rate of 6.41. Umesh finished the IPL 2022 with an overall tally of 16 wickets at 7.08 runs an over.

The season with KKR didn't immediately produced the desired reward of an India comeback, but the opening provided by Shami's positive test when Umesh had just had a fruitful List A stint with Middlesex in English county circuit elevated him in the reckoning. He picked up 16 wickets in seven matches of the Royal London Cup, including a five-fer.

"You could say that I was lucky, because not many matches were happening in India because of the rain, so got lucky with the Middlesex offer," he said about the stint.

"I knew that only practicing and not playing any matches won't amount to anything. When you play, your body remains in that environment, your muscles stay loose and you are more agile. I was enjoying my county stint, the weather in England is good."

India's decision to replace Shami with Umesh amidst plethora of younger options surprised quite a few, but the team management was looking for a similarly experienced bowler with powerplay skills to pile on their backup options to the injury-prone Bhuvneshwar Kumar. Umesh has taken his 53 career IPL powerplay wickets at an average of 29.84, going for 7.53 runs an over.