Gautam Gambhir backed KL Rahul to be persisted at the top amidst talks in favour of Virat Kohli opening in T20Is.
By Kashish Chadha Sun, 18 Sep 2022 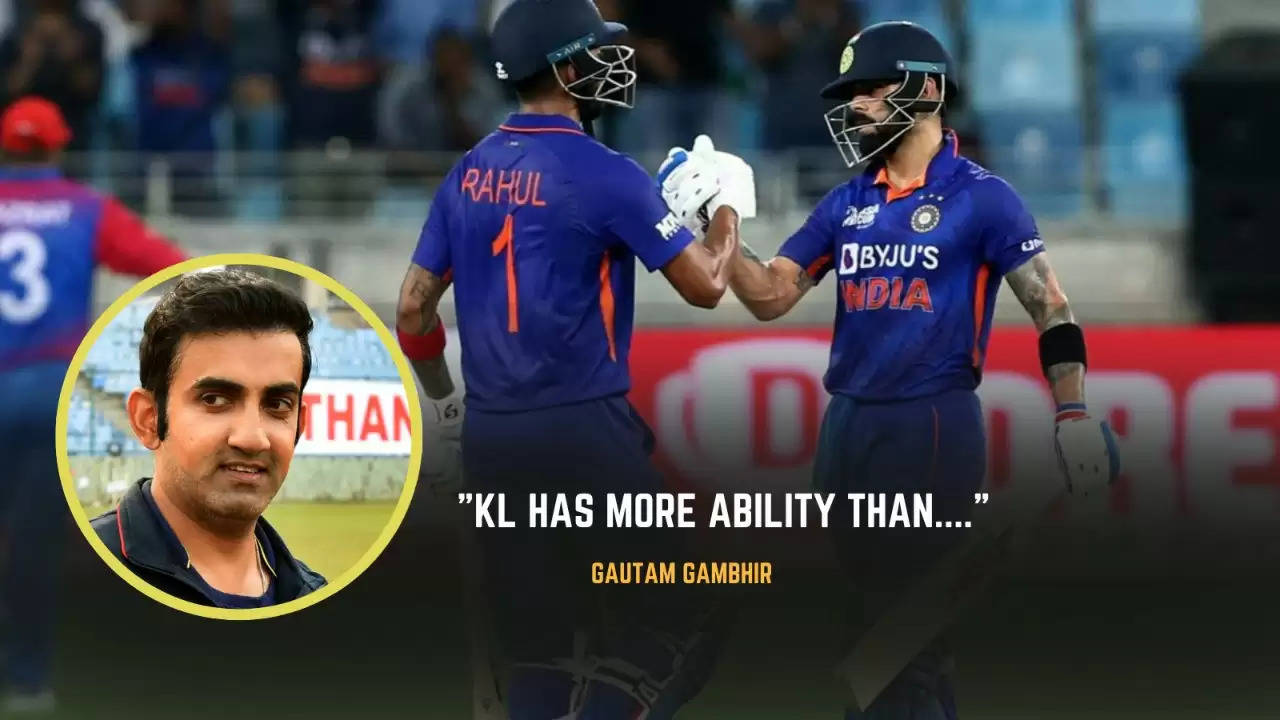 The former India skipper feels wary of the mental impact of Virat Kohli opening the innings on KL Rahul, who is making his comeback to the side.

Gautam Gambhir is concerned about the mental impact on KL Rahul of the growing talks in favour of Virat Kohli opening the batting in T20Is for India.

Gambhir, who has worked closely with Rahul as a mentor of Lucknow Super Giants in the IPL, believes there is a possibility of "insecurity" creeping into the player's system prior to the T20 World Cup in Australia.

Ever since Kohli's encouraging hundred at the top in India's final Asia Cup 2022 game against Afghanistan, the idea of him continuing to open in T20Is has done the rounds, with prominent names giving the idea their nod of approval.

For Gambhir, however, there is little doubt that Kohli should stick to No.3 and let KL Rahul's opening duo continue with skipper Rohit Sharma.

"You know what happens in India? The moment someone starts doing very well, for example, when Virat Kohli scored a hundred in the last game, we all start forgetting what Rahul and Rohit have done over a long period of time," said Gambhir in a virtual press conference arranged by broadcasters Star Sports ahead of India's T20I series versus Australia.

"When you talk about Kohli opening the batting, imagine what happens to KL Rahul... Imagine the amount of insecurity he (Rahul) must be feeling. Imagine if he gets a low score in the first game, there will be another debate on whether Kohli should open in the next game."

Stressing on his point about the potential mental impact on KL Rahul amidst the narrative that backs Kohli's surge to the top, Gambhir went to the extent of saying the batter has "got more ability" than his two senior teammates, including Rohit.

He said the last thing India would want is to have an insecure and underconfident Rahul taking the flight to Australia.

"You don't want your top-class players in that position, especially KL Rahul who has probably got more ability than Rohit Sharma or Virat Kohli."

"Imagine KL Rahul going into the World Cup thinking, 'what if I don't score runs against Pakistan? What if I get replaced by Virat Kohli?' You don't want that. We should start thinking about how India can flourish, rather than certain individuals," he added.

Making his return to the side after a long injury-enforced absence, KL Rahul struggled for flow and rhythm throughout the Asia Cup 2022, scoring 132 runs from five innings at a measly average of 26.40 and strike-rate of 122.22.