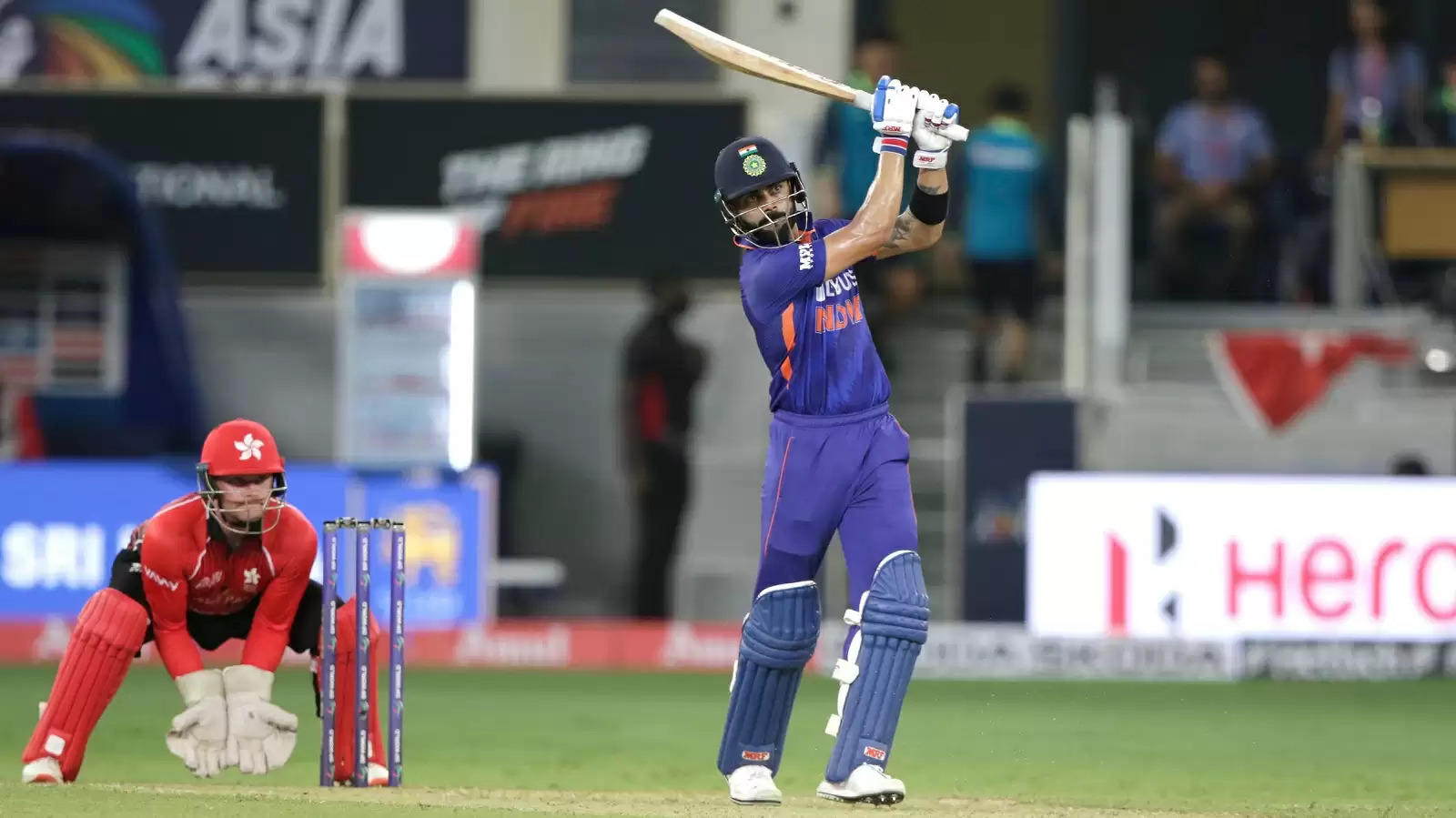 Virat Kohli followed his 35 off 34 against Pakistan in India’s Asia Cup 2022 opener in Dubai on Sunday, with a 44-ball 59 against Hong Kong at the same venue on Wednesday to register the first fifty of the ongoing competition.

Kohli, who walked in at the fall of skipper Rohit Sharma’s wicket in the fifth over after Hong Kong opted to bowl, struck a four and three sixes during his stay, and was involved in stands worth 56 and 98 with KL Rahul and Suryakumar Yadav respectively, the latter coming in just 42 balls.

Suryakumar powered India to a strong finish with an unbeaten 68 off 26, with six hits to the fence and as many over it, with four of those maximums coming in the final over of the innings off Haroon Arshad. India finished strongly at 192/2.

A 22-ball fifty for Suryakumar Yadav and the reaction from Kohli says it all! 🔥#INDvHK #AsiaCup pic.twitter.com/NJ2cXTorZL

Kohli now has 31 scores of fifty or more in T20Is, which is now the joint-highest in the format alongside Rohit Sharma, who has 27 fifties and four hundreds. Babar Azam, the top-ranked T20I batter currently, takes the third spot with 27 such scores, and David Warner (23) and Martin Guptill (22) round off the top-five.

The right-hander is currently the third-highest run-scorer in the format, with 3402 runs at 50.77, which is only bettered by Rohit (3520) and Guptill (3494). No other batter has a better average with a minimum of 1,000 runs in the format, with Mohammad Rizwan following him closely at 50.14. Kohli is closing in on 100 T20I sixes too, being just three away from joining nine others in the overall list, which too, is topped by Rohit (172).

Kohli had underwhelming returns across formats on the England tour earlier this season, and had a tough IPL 2022 where his strike rate stood at a low 116. He skipped India's white-ball tour of the West Indies recently, before making a return at the ongoing competition.