Virat Kohli shared a video on his Instagram handle, revealing invasion by a fan who made a clip of all things present inside his hotel room.
By Kashish Chadha Mon, 31 Oct 2022 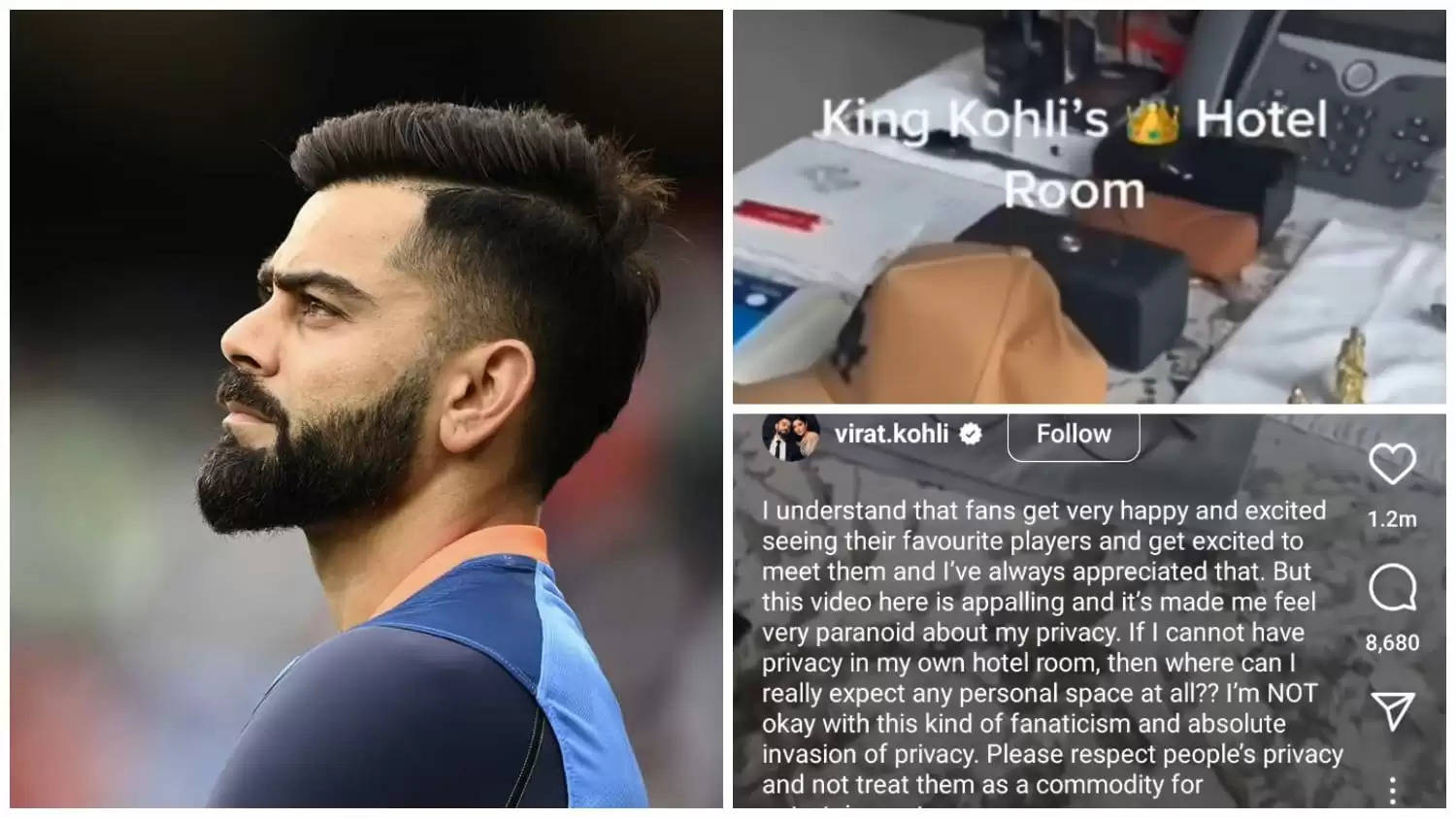 The Indian batting great said he is disturbed by the act and requested his passionate followers to respect his privacy.

Virat Kohli wasn't at all pleased by an act of fan invasion into his hotel room in Perth and shared a clip of the same to issue a warning. The Indian batting great posted the video made by the fan on his Instagram handle with a strong message not to invade his privacy.

In the clip that Kohli came to know of, and revealed on his official handle, one could see that someone came inside his hotel room and checked all his accessories and cricketing gear.

The video was titled, 'King Kohli's hotel room' by the fan, who clearly didn't seek the player's permission before entering his room.

Virat Kohli specified via statement beneath the clip he is "NOT okay with this kind of fanaticism and absolute invasion of privacy" and urged his passionate followers to respect his private space and not treat it as a "commodity" for entertainment purposes.

In a direct statement, Kohli wrote: "I’m not okay with this kind of fanaticism and absolute invasion of privacy. Please respect people’s privacy and not treat them as a commodity for entertainment."

Inarguably world cricket's biggest brand, the former India skipper is not unfamiliar with fans wanting a piece of him at all costs. But Kohli wasn't willing to warm up to the idea of any of them entering his hotel room and making a clip without his permission. He called the act "appalling" and "paranoid".

The player didn't address the hotel staff here but he would've had a word of communication with them as well, in that how come they allowed a fan to enter his hotel room behind his back in an incident that raises a direct question mark on the security provided to the Indian team.

"I understand that fans get very happy and excited seeing their favourite players and get excited to meet them and I’ve always appreciated that. But this video here is appalling and it’s made me feel very paranoid about my privacy. If I cannot have privacy in my own hotel room, then where can I really expect any personal space at all??" he asked.