Virat Kohli ended up hitting partner Rohit Sharma with a shot aimed for a boundary through long-on.
By Kashish Chadha Sun, 28 Aug 2022 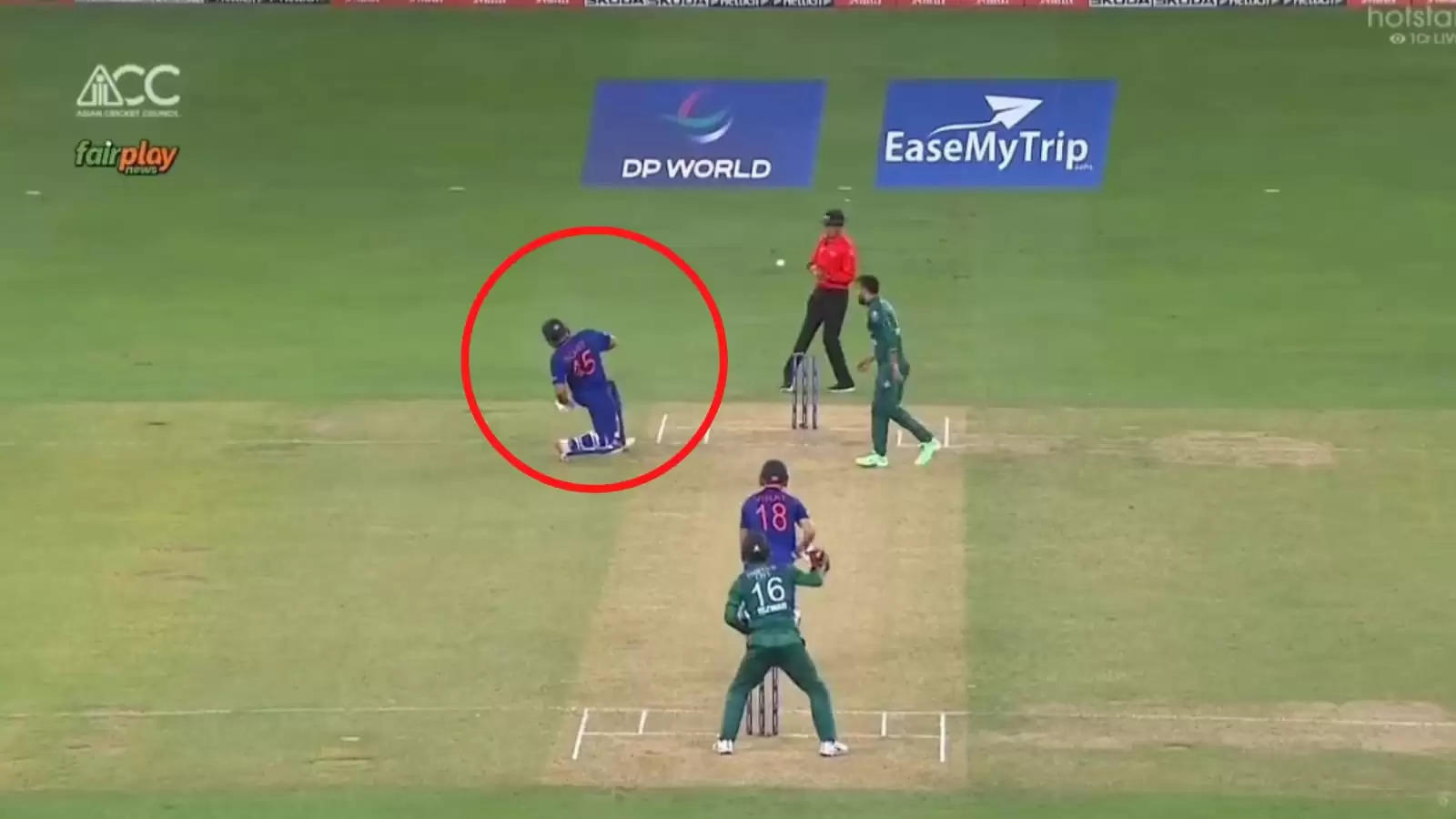 Playing a lofted drive to the long-on, Virat Kohli ended up smashing one onto Rohit Sharma.

The experienced duo of Virat Kohli and Rohit Sharma were involved in an amusing incident during the high-voltage India versus Pakistan encounter for the Asia Cup 2022 on Sunday (August 28). In a funny accident, Kohli ended up hitting a delivery straight at Rohit at the other end of the pitch in Dubai.

Facing wristspinner Shadab Khan's full-pitched delivery, Kohli unleashed his whip off his willow that was meant for a boundary through the long-on region.

But he was denied his desired four runs by the giant figure of Rohit, who had to take evasive action while the ball hit with brute force collided with him and forced him down on the turf.

Having danced down the ground, Virat Kohli smashed the delivery from Shadab to the left-hand side of the pitch for an attempted four. But the delivery hit Rohit, who immediately fell on the ground in what were hilarious scenes.

The funny incident is from the second ball of the seventh over in the Indian run-chase. Intent on attacking his way against spin, Virat Kohli immediately went after Shadab.

Receiving a full-pitched delivery from the wristspinner, the batter danced down the ground and smashed the ball with brute force towards the long-on region for a desired boundary.

But to Kohli's displeasure, his shot found his batting partner Rohit who was standing in line with it at the other end.

Rohit immediately fell on the turf as he faced the blow off his partner's moving willow, unable to control his balance.

The ball hit the Indian captain's shoulder and rebounded towards the long-off region, allowing Kohi ample time to adjust for the single with Rohit also managing to recover his ground.

While he fell on the ground and had to recover from awkward position to go for the single, Rohit saw the funny side of things and was seen offering a cheeky smile on his face as he went to the other end.

Upon reaching the batting mark, Rohit regathered his thoughts and concentration and resumed his innings as India went about chasing a tricky target of 148 on a challenging surface in Dubai.