The former India Test opener will get the chance to work up and close with Bangladesh's next line of young batters.
By Kashish Chadha Tue, 12 Jul 2022 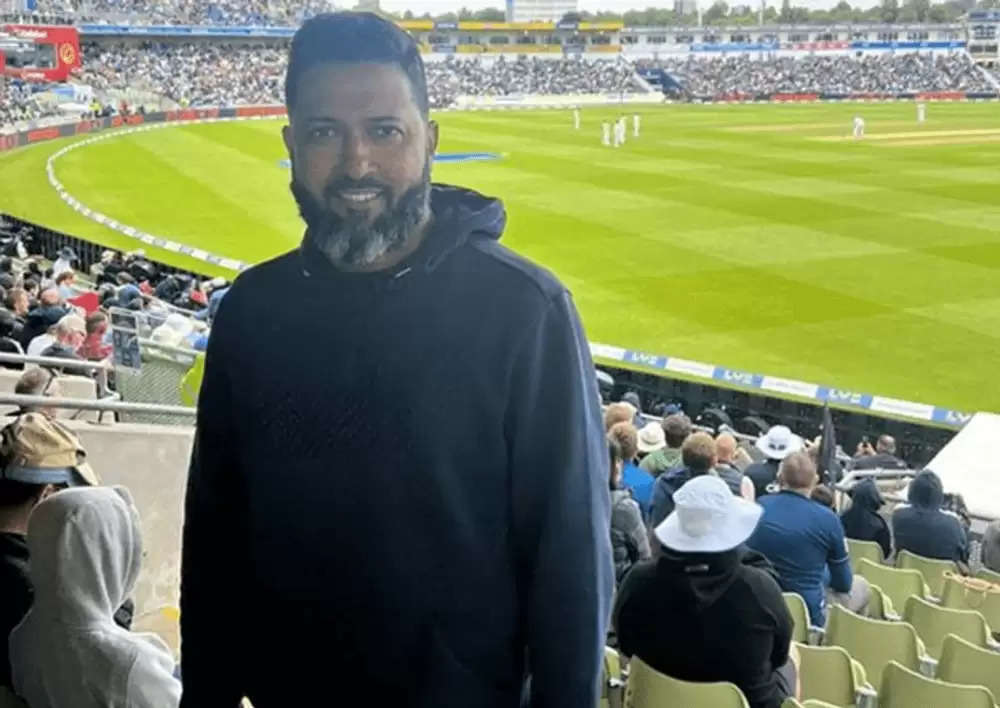 The ex cricketer brings with him a wealth of experience, having turned out in 31 Tests and 260 first-class matches.

Bangladesh have appointed former India Test opener Wasim Jaffer as batting consultant of their U-19 and high-performance teams.

The Bangladesh Cricket Board (BCB) has finalised Jaffer's inclusion in the set-up below the international level for the next two years, hoping for his expertise to help guide the next line of players.

Wasim Jaffer worked with BCB on a temporary basis as a batting consultant for senior Bangladesh side's ODI series against Sri Lanka back in 2019. He was partly involved with the U-16 and U-19 teams at BCB's cricket academy in Mirpur.

That was the phase where the Bangladesh U-19s picked up the ladder and went on to rise and shine at the junior World Cup the following year, going to win the title by defeating India in the tournament final.

In his new role with the BCB, Wasim Jaffer will once again get the opportunity to strengthen Bangladesh's pipeline of players by working up and closely with the U-19 and A team cricketers that have been performing at the domestic level consistently.

Jaffer's task will require him to fine-tune talent and make it game-ready for the highest level, as Bangladesh strive to overcome a difficult phase over the past few months and rejuvenate their competitive self, especially in Tests and T20Is.

While the Bangla Tigers are currently second in the standings for the ICC Super League and look set for direct qualification for the next year's 50-over World Cup in India, they are languishing bottom of the pile in the World Test Championship (WTC) and ninth in the ICC T20I rankings.

Jaffer brings with him a wealth of playing experience, having turned out in 31 Tests for India and being a record-breaking run-scorer in first-class cricket, with 19,410 runs at 50.67 over 260 matches. He had been a batting coach of IPL franchise Punjab Kings (PBKS) for a three-year stint.