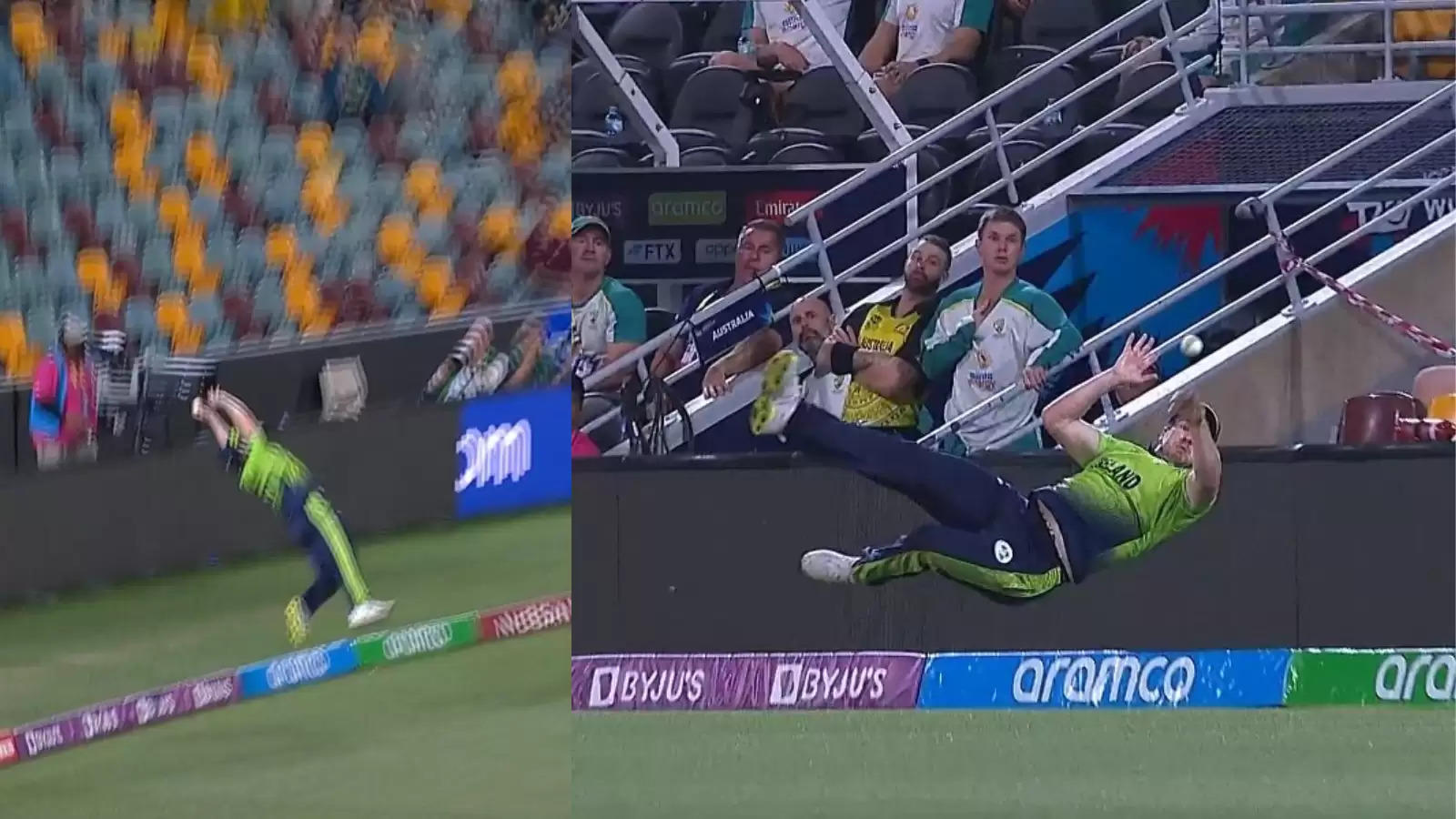 Ireland speedster Barry McCarthy showcased his outstanding fielding skills in a brilliant effort at the boundary during the side’s third Super 12s clash of the T20 World Cup 2022 at The Gabba, Brisbane on Monday, October 31.

The moment came on the second ball of the 15th over of the Australian innings, with Marcus Stoinis mistiming a slower one from Mark Adair downtown. Stoinis lofted a slower one outside off, and McCarthy, stationed at long-on, ran across to his left and stretched backwards to catch the ball with his left-hand while being airborne. While still in action, he realised that he’d land on the boundary cushions, and had the presence of mind to throw the ball back in play while mid-air. He landed awkwardly and took a while to regather himself, but was okay to carry on in the field.

WATCH: Barry McCarthy pulls off stunning six save against Australia

McCarthy was the pick of the bowlers for Ireland after skipper Andrew Balbirnie opted to bowl, dismissing David Warner, Aaron Finch and Mitchell Marsh to return 3/29 from four overs in Australia’s effort of 179/5 in the allotted 20 overs.

Warner was dismissed in just the second over, guiding one straight to Mark Adair at fine leg, before Finch and Marsh added 52 for the second wicket. Maxwell fell to Joshua Little for 13, and Australia were limited to 92/3 after 12 overs. Finch and Stonis then took the attack to Ireland, the former getting to his first fifty of the competition. Finch struck five fours and three sixes during his 63 off 44, while Stonis struck three fours and a maximum in his 35 off 25. Matthew Wade and Tim David took 17 off the final over from Adair to provide Australia with a strong finish.

Ireland were reduced to 25/5 in four overs in their chase, with Glenn Maxwell and Mitchell Starc bagging two scalps each.

Both teams had three points from as many games before the start of the match, and a defeat for either would dent their chances in race to the semi-finals.