In a classic village moment in a club-cricket game, a batter was seen walking out to the crease without wearing his pads on, and had to be reminded of it by a fielder more than once.
By CX Staff Writer Thu, 21 Jul 2022 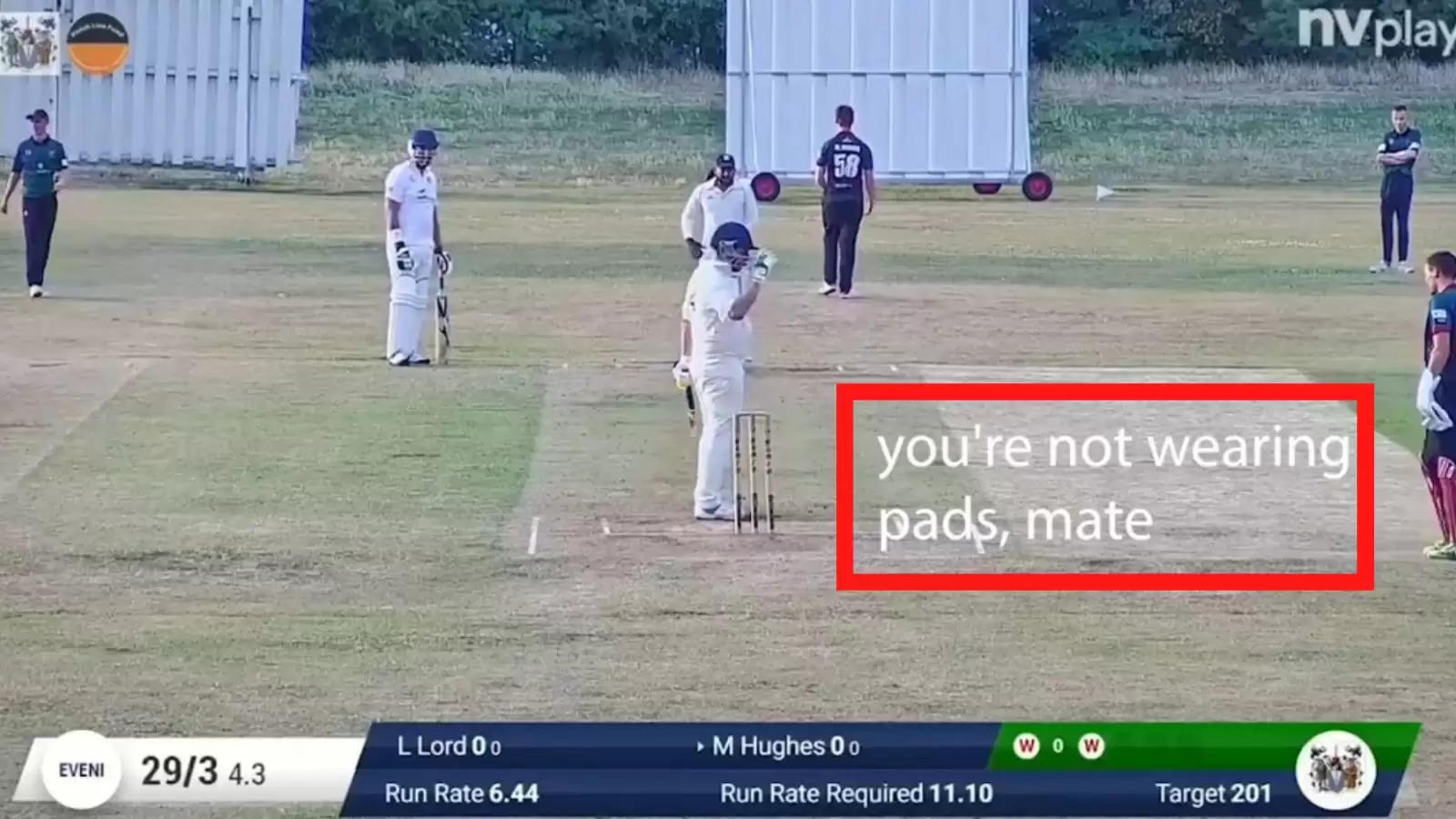 “You're not wearing pads, mate!”

In a hilarious video put up by “That’s so Village” Twitter handle, a batter was seen walking out to bat without wearing his pads in his team’s run-chase. With the score reading 29/3 halfway through the fifth over in his team’s run-chase of 201 in a 20-over game, a batsman named M Hughes strode in at No.5 with all his gears barring tha pads.

The on-field umpire was seen talking on his mobile-phone while handing the ball to the bowler and confirming the batter of his middle-stump guard. As the batter took his stance, the wicket-keeper, yet to take his position was heard (rather dubbed) telling him, “You’re not wearing pads, mate!”

It took Hughes a couple of moments to realize what had happened, before he rushed to the dugout to get padded up in real sense.

The Twitter handle confirmed that the clip had been sent in by Southend Civic CC, and that they added the subtitles to add enough context to the incident.