Ben Stokes walked out to loud cheers and applause as he took the field in his final ODI appearance, against South Africa in the first ODI at the Riverside Ground in Chester-Le-Street on Tuesday.
By CX Staff Writer Tue, 19 Jul 2022 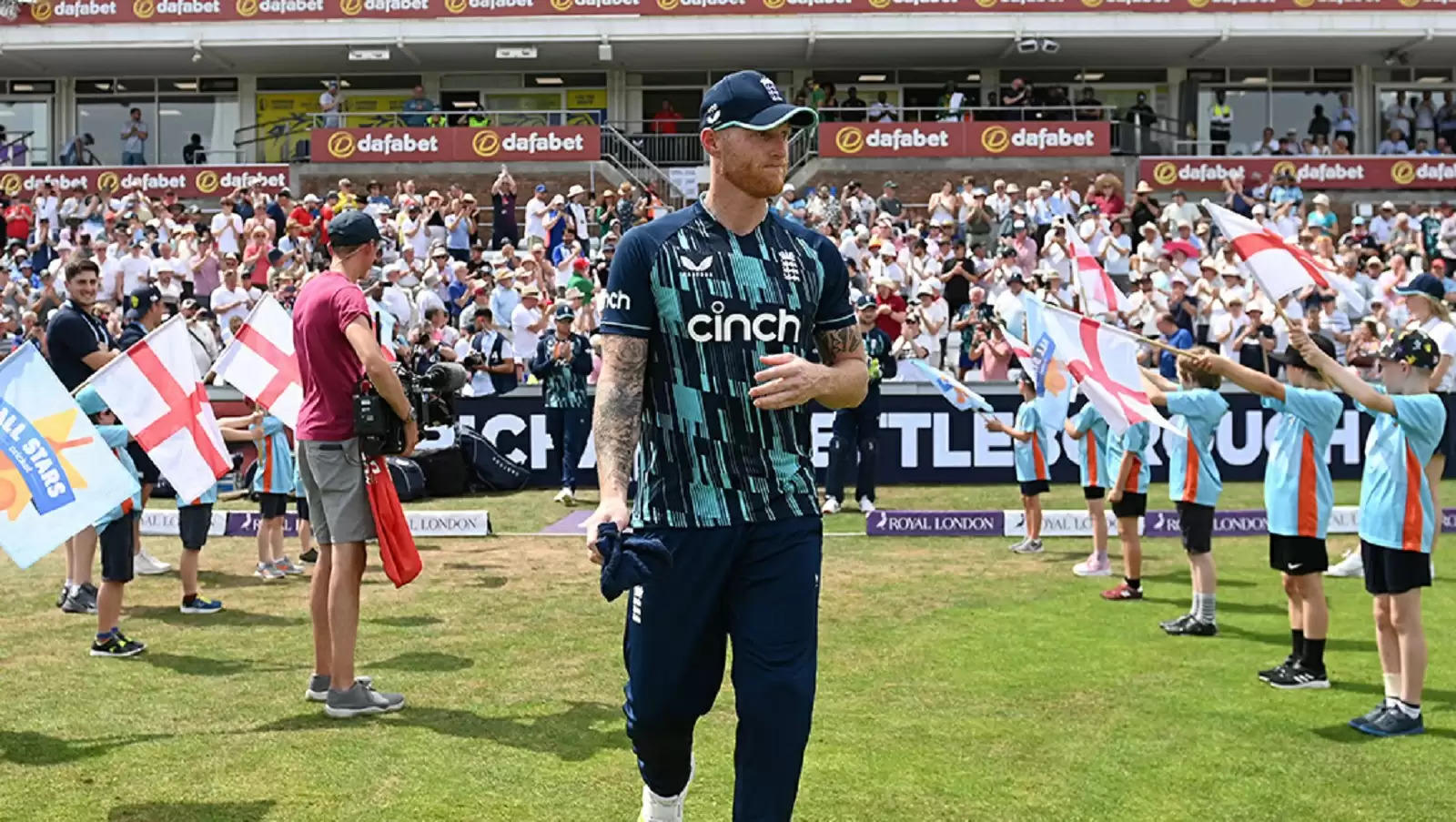 Stokes had announced his retirement from ODIs on eve of the series opener against South Africa.

The fans present at the Riverside Ground, Chester-Le-Street stood in respect and admiration of Ben Stokes, as the England all-rounder took the field in his final ODI appearance in the first of three games against South Africa on Tuesday, July 19.

“Emotional game for all concerned,” remarked Nasser Hussain on air as Stokes led the team out to the field, and received high-fives from skipper Jos Buttler and rest of his teammates.

Stokes, the current Test captain, had announced to call it quits from the ODI format, citing that playing all three versions of the game had started to become “unsustainable”. THe ongoing game is Stokes 105th appearance in the format.

"This has been an incredibly tough decision to make,” Stokes had stated in an official statement on Monday. “I have loved every minute of playing with my mates for England. We have had an incredible journey on the way.

"As hard as a decision as this was to come to, it's not as hard dealing with the fact I can't give my teammates 100% of myself in this format anymore. The England shirt deserves nothing less from anyone who wears it.

“Three formats are just unsustainable for me now. Not only do I feel that my body is letting me down because of the schedule and what is expected of us, but I also feel that I am taking the place of another player who can give Jos and the rest of the team their all. It's time for someone else to progress as a cricketer and make incredible memories like I have over the past 11 years.

"I will give everything I have to Test cricket, and now, with this decision, I feel I can also give my total commitment to the T20 format.”

South Africa, having opted to bat, were 69/1 from 12 overs at the time of writing, with Quinton de Kock cleaned up by Sam Curran for 19.